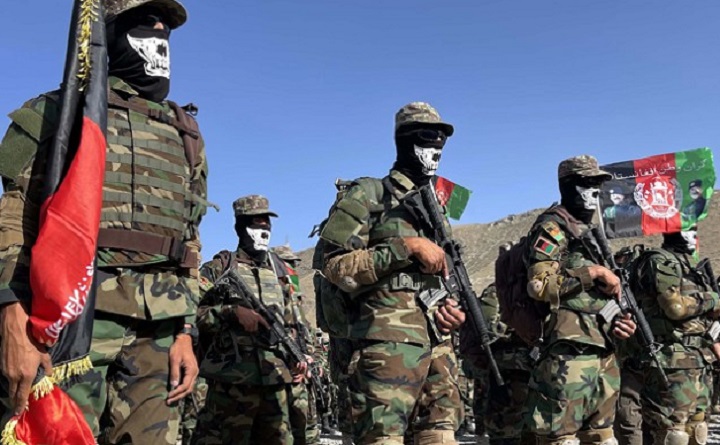 Joe Biden recently announced his $715 billion defense budget for the 2022 fiscal year, which also included $3.3 billion in aid to Afghan forces. The new offer is $300 million more than the US provided last year to Afghanistan. In addition to military aid, Afghanistan will also receive further assistance from the US Department of State. As the Department of State has already declared that it would send $360 million in additional civilian assistance for Afghanistan in 2021, which is $34 million more than last year. This financial assistance is aimed at helping Afghanistan fight terrorism, counter narcotics and protect the women’s rights.

Comment:
It has been unequivocally obvious that both the US and NATO have suffered a major military defeat in the longest war in their history. But the US is, by no means, willing to acknowledge her defeat, as how the Soviet did in Afghanistan, because the US seems to be concerned of the catastrophic consequences of this defeat on its global prestige. That is why, the US resorted to the peace process and kicked off negotiations with the Taliban, which eventually led to the Doha Agreement.

Under the Doha Agreement, the US was required to withdraw its troops from Afghanistan by May 1st. But, as usual, the US did not live up to its commitment as Biden announced the postponement of its troops withdrawal until September, without coordinating the decision with the Taliban – such a decision is noticeably translated as the violation of the Doha Agreement by the White House.

On the other hand, the US, NATO member states, EU, other infidel (kufr) states, and/or their puppet governments in the Islamic lands never ever let an Islamic group to successfully come to power in an Islamic land – either through military struggles or democratic measures. Because such groups and governments would be acting as a role model for other militant groups in Islamic lands which would definitely cause the traitorous rulers and infidel puppets to lose their power in Islamic lands. Therefore, all the demons of the infidel governments have joined hands to preclude the Taliban to successfully win the throne, causing them to taste the destiny of Afghan Mujahedeen.

Therefore, on the one hand, violence has reached the peak of its history against all spectrum of the community, including women, men, children, Muslim scholars, journalists, political activists, university lecturers, students and so forth in Afghanistan; on the other hand, the whole elements involved in the issue of Afghanistan are preparing for another war in Afghanistan under the directive and shade of the US and his puppet government that is being funded and sponsored by India, Iran, Saudi Arabia and the UAE. Meanwhile, the US has announced $300 million additional budget for Afghan forces compared to last year. Therefore, Biden’s decision, at the time of withdrawal from Afghanistan, would send an important message of support for the security forces of his puppet government in Afghanistan.

Although, most neighboring countries of Afghanistan are in favor of a prosperous and peaceful Afghanistan while chanting for responsible withdrawal of US and NATO from the country; given the sensitivity of the issues in Afghanistan, the US is seeking to take advantage from the bordering countries to expand its military, intelligence and economic influence in the region. The US’s desires to establish military bases in Central Asia and Pakistan is a clear indicative of this filthy scenario.

The US has obscured the political situation in Afghanistan under the scenario of peace talks and escalation of violence, making it extremely intricate for everyone as no influential politician, including high-ranking government officials and even the Taliban leadership have no clear idea on what the real intentions of the global players are in Afghanistan and where the current situation will lead.

We must not forget that the US was able to stop the Taliban’s attacks on the US and NATO forces through peace talks while causing the attacks intensify between Afghan forces and the Taliban, making it a pure war of Afghans against Afghans. During this period, the practice of militarization strengthened as most Afghan elements have been prepared for a war while those who failed to mobilize their people mysteriously turned to conspire the act of terror and terrorist attacks to provoke their people to stand against the Taliban. Besides, the Afghan government, by plotting such mysterious and covert attacks, intends to send a message to the world that the Taliban are using the harsh scale of violence to take the power as no fundamental change is seen in their strategy yet.

Given the above mentioned facts, we have declared it many times and we emphasize it once again that expecting peace and good from the occupation, especially from US and NATO, is similar to expecting guidance from Shaytaan. Therefore, all Muslims should change their minds regarding the peace talks; besides, it’s an obligation for us to resort to Islamic politics based on Islamic ideology instead of pragmatic and non-Islamic politics. As Allah (swt) has instructed the Muslims through Quran while the Messenger of Allah (saw) has clearly stated the enmity of Jews, Christians and polytheists (Mushrikeen); that’s why, all Afghan players should get united against the US and NATO to not let the defeated America to get an advantage out of the current intricate situation. Rather, the Muslim factions must fight tirelessly and unitedly against the US to an extent to make the defeat of the US and NATO in Afghanistan turn into a global reality, so they would no longer be able to maintain their influence in this land and/or even in the region. Such a struggle must go coordinated with those of your brothers who are earnestly struggling to re-establish the Caliphate (Khilafah) based on the method of Prophethood in the region so that all of us would have re-established the Islamic State together to target the invading and occupying forces to their havens.