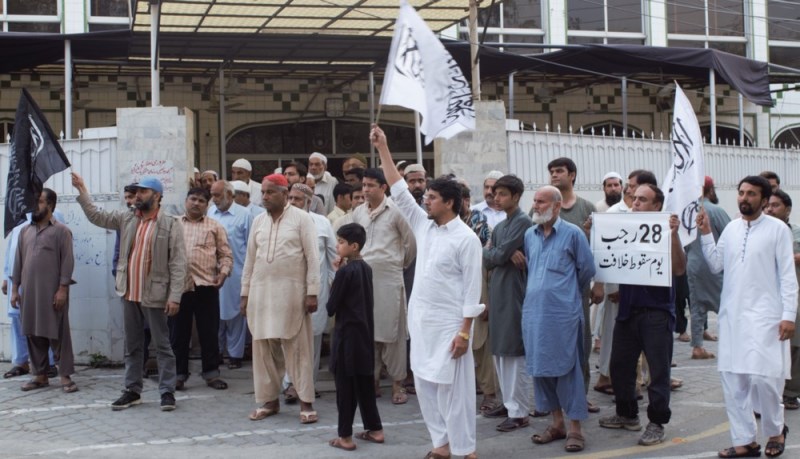 At a time when Muslims are suffering all over the world, it is essential to consider that the Khilafah shielded the Ummah for centuries, unifying them as a single state and implementing Islam over them. The Khilafah state was the leading state in the world for over a thousand years, its armies defending Muslims when they were attacked and opening new lands for the Deen of Islam, including the lands of the Indian Subcontinent. For hundreds of years of Islamic rule, before the British occupation, the Indian Subcontinent flourished in a manner unrivalled before or since by any Kufr rule. The Khilafah provided peace and security for the Muslims, allowing them to live in harmony together as a single state, regardless of their language or race. The Khilafah even provided sanctuary for those who were persecuted because of their beliefs in other lands, such as the Jews under Christian rule. The Khilafah’s economy was a shining example for the entire world and there were even instances when there was none needy of Zakah. The Khilafah’s universities were the favored destination in the world for the princes and princesses of Europe. The Khilafah’s judiciary judged by all that Allah (swt) has revealed upon all of its citizens, regardless of their position or status.

The Khilafah is not only the source of peace and security for Muslims, it is an obligation about which we will be held to account on the Day of all Days. Allah (swt) ordered the Muslims decisively to rule by Islam and Islam alone, فَاحْكُمْ بَيْنَهُمْ بِمَا أَنزَلَ اللَّهُ وَلاَ تَتَّبِعْ أَهْوَاءَهُمْ عَمَّا جَاءَكَ مِنْ الْحَقِّ “And rule between them by all that which Allah revealed to you, and do not follow their vain desires away from the truth which came to you.” [Surah Al-Mai’dah 5:48] RasulAllah ﷺ established the obligation of the Bayah to a Khaleefah by tying it to the worst of all deaths, dying upon Jahilliyah, dying upon other than Islam, «مَنْ مَاتَ وَلَيْسَ فِي عُنُقِهِ بَيْعَةٌ مَاتَ مِيتَةً جَاهِلِيَّةً» “Whosoever dies without the bay’ah on his neck dies the death of Jahilliyah.” (Muslim)

Not only is the Khilafah an obligation, Allah (swt) promised the Believers’ succession to the current rulers. Allah (swt) says: وَعَدَ اللَّهُ الَّذِينَ آمَنُوا مِنْكُمْ وَعَمِلُوا الصَّالِحَاتِ لَيَسْتَخْلِفَنَّهُم فِي الأَرْضِ كَمَا اسْتَخْلَفَ الَّذِينَ مِنْ قَبْلِهِمْ  “Allah has promised those among you who believe and do righteous good deeds, that He will certainly grant them succession to (the present rulers) in the land, as He granted it to those before them.” [Surah an-Noor 24:55] And RasulAllah ﷺ gave glad tidings of the end of the oppressive rule at the hands of the Khilafah. RasulAllah ﷺ said, «ثُمَّ تَكُونُ مُلْكًا جَبْرِيَّةً فَتَكُونُ مَا شَاءَ اللَّهُ أَنْ تَكُونَ ثُمَّ يَرْفَعُهَا إِذَا شَاءَ أَنْ يَرْفَعَهَا ثُمَّ تَكُونُ خِلَافَةً عَلَى مِنْهَاجِ النُّبُوَّةِ ثُمَّ سَكَتَ» “Then there will be an oppressive rule, and things will be as Allah wishes them to be. Then Allah will end it when He wishes. Then there will be a Khilafah (Caliphate) on the Method of Prophethood.” [Ahmed].

So let the believers strive for the return of the Khilafah on the Method of the Prophethood!