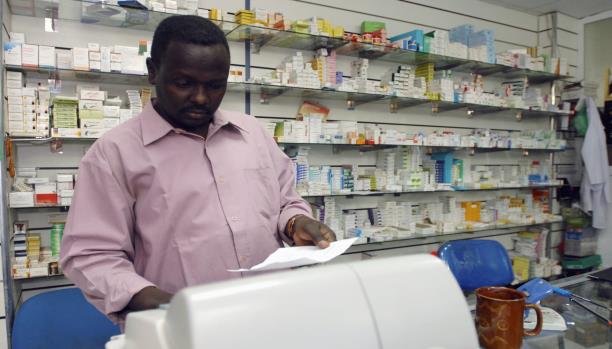 We are not an Ummah of fools to be misled, and we are not children for the government to play with our minds, and the policy of “scapegoat” will not fool the Ummah that attest that there is no god but Allah and that Muhammad is the Messenger of Allah!

The vast majority of Khartoum’s newspapers issued today, Saturday 26/11/2016, began with the headline that indicates in its entirety the “government’s retracting from the new increase of medicine prices, and the dismissal of the Secretary-General of the National Council of Drugs and Poisons”. Is it a fact that the government backed down from the contrived increase in the prices of medicine? Is the solution the dismissal of an official and the appointment of another? Or what is to be conveyed to the people is the message that the government has backed down from raising the prices of medicines?

The answer to these questions, perhaps reveal to the people the reality of deception practiced by the government, for they did not back down from increasing the medicine prices, but still the unjustified increases exist. And this was confirmed by the Federal Health Minister, Abu Girda, in the urgent press conference held on Friday, 25/11/ 2016 in his office at the Federal Ministry of Health, where he announced, “The cancellation of prices list of medicines issued by the National Council for drugs and toxins, and the dismissal of the Secretary General of the Council because of the mistakes made in the prices, and the composition by the Commission of Issuance of a new list to review prices in the next three days. The increase was inevitable, but not to the level which came in the list, which it was clear that it needed to be revised” (Akhbar Al Youm Newspaper, 26/11/2016). So the issue is clear: that the prices of medicines are subject to the dollar; which increased from (6.5 to 15.8), an increase of nearly 150%, and what confirms our statement is the statement of assurance by the Secretary of State Health, which was published in bold type on the first page in The Sudani Newspaper on Saturday 5/11/2016: “If it wasn’t for the liberalization of the exchange rate the drug sector would have collapsed completely.” If the government’s retraction was a reality, they would have re-instated the dollar price of medication, which was (6.5) pounds, rather than playing with words to fool the gullible people.

The real problem plaguing Sudan’s economy; which is now addressed by suffocating the people in their living and medical treatment, is due to usury which  the state deals in with usury funds, which in their part impose their “prescriptions” on the government to plunder the country’s wealth, and sucking what remains of the blood of widows, orphans, and the poor. The solution is to cut off the ropes with these usurious funds, freeing the Ummah; a true liberation by implementing the rules and laws of Islam, Allah سبحانه وتعالى says:

“Then We put you, [O Muhammad], on an ordained way concerning the matter [of religion]; so follow it and do not follow the inclinations of those who do not know* Indeed, they will never avail you against Allah at all. And indeed, the wrongdoers are allies of one another; but Allah is the protector of the righteous* This [Qur’an] is enlightenment for mankind and guidance and mercy for a people who are certain [in faith].”