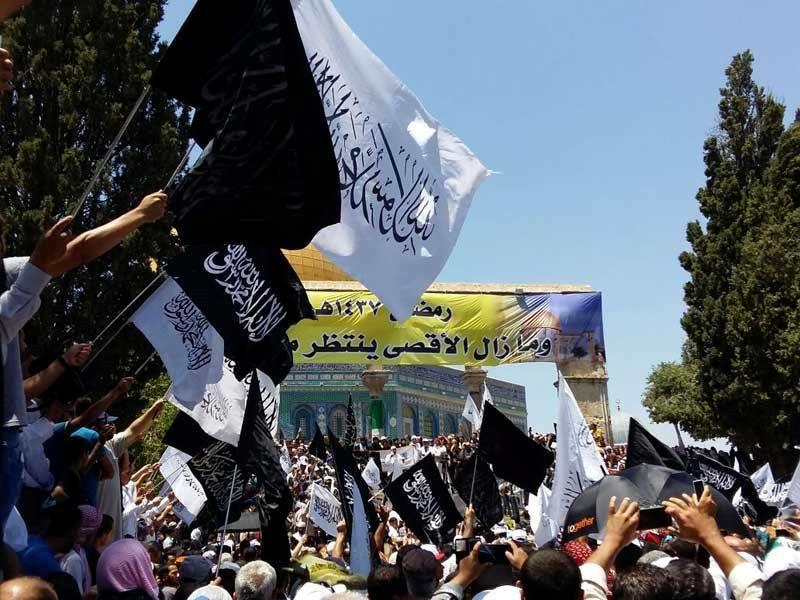 Put an End to the Captivity you have been under since the Khilafah was Demolished 99 Years Ago!

Every nation has a milestone in its history, and as the milestone raises a nation sometimes, it is sometimes a cause of its decadence. There is no doubt that the breaking point of the Ummah was the abolition of the Khilafah (Caliphate). 99 Hijri (96 CE) years ago, on 28th Rajab Muharram 1342 AH, corresponding to 3rd March 1924 CE, the Khilafah was abolished in a deceitful manner by traitors who voluntarily implemented the instructions of the British, and tearing the shield of Muslims, and this Ummah of goodness became an orphan after centuries in which it presented to humanity the most beautiful examples of justice, science and human life vicious attacks of all kinds were launched from all sides, targeting the diaspora of Muslims who lost their leadership.

Thus, we have moved from strength to weakness, from wealth to poverty, from pride to humiliation. We are torn apart! And Allah invites us to be one nation and one state. We were torn to large and small states, run by agents as if they were the rulers of the occupation. Our hearts have receded to our so-called national borders, and we have taken the disbelievers as friends, and we fought against our Muslim brothers, we relied on the Kafir West who is in the sight of Allah not equal to an atom’s weight, and we despised our Muslim brothers who are the descendants of men who were one line brotherhood in Allah; their peace is one, and their war is one.

In the past 99 years without Khilafah, we have witnessed the most painful cases, injustice, occupation, humiliation, aggression, genocide, and betrayals.

And here is Ash-Sham; Is there a house left that has not been destroyed, a land where blood has not been shed, and a mother who has not spilled tears?? And here is East Turkestan, which has suffered and continues to suffer from China’s Kafir and unjust practices that shake the earth and the throne. And here is India, where Muslims are brutally murdered openly in the streets. And here is Jerusalem, to be delivered to the Jewish entity before the eyes of the whole world. Yes, the main reason behind the humiliation of the Islamic Ummah today is the abolition of the Khilafah. So the basic condition for the revival of the Ummah again to be the best nation that has been brought out to the people is the establishment of the second Khilafah Rashidah (righteous Caliphate) on the method of the Prophethood, and it will be, with Allah’s permission, for this is a glad tidings of the Messenger of Allah ﷺ: «ثُمَّ تَكُونُ خِلافَةً عَلَى مِنْهَاجِ النُّبُوَّةِ ثُمَّ سَكَتَ» “Then there will be Khilafah according to the method of Prophethood.” Then he ﷺ fell silent” (Musnad Ahmed).

O Muslims! On the 99th anniversary of the abolition of the Khilafah, we remind you once again, that Khilafah is the crown of all the obligations, and its evidence is proved in the Qur’an, Sunnah and the consensus of the Sahabah. It is at this stage that we are in, a rational and political necessity for the sake of Muslims, but rather for the sake of all humanity. Khilafah is not like the papacy, which is merely a spiritual priestly leadership, but rather it is the gathering of the torn apart Muslims under one roof, and the armies under one command, and the gathering of underground and above ground resources in one hand.

O Muslims, work for the Khilafah and stand up to the colonists who work to prevent its establishment, and the regimes that cooperate with them. Come on, wake up again! And be the sun shining in the darkness, establish the Khilafah again, and save yourselves from the captivity of Western ideas and systems! And be witness of the glad tidings of Allah Almighty and His Messenger ﷺ again!