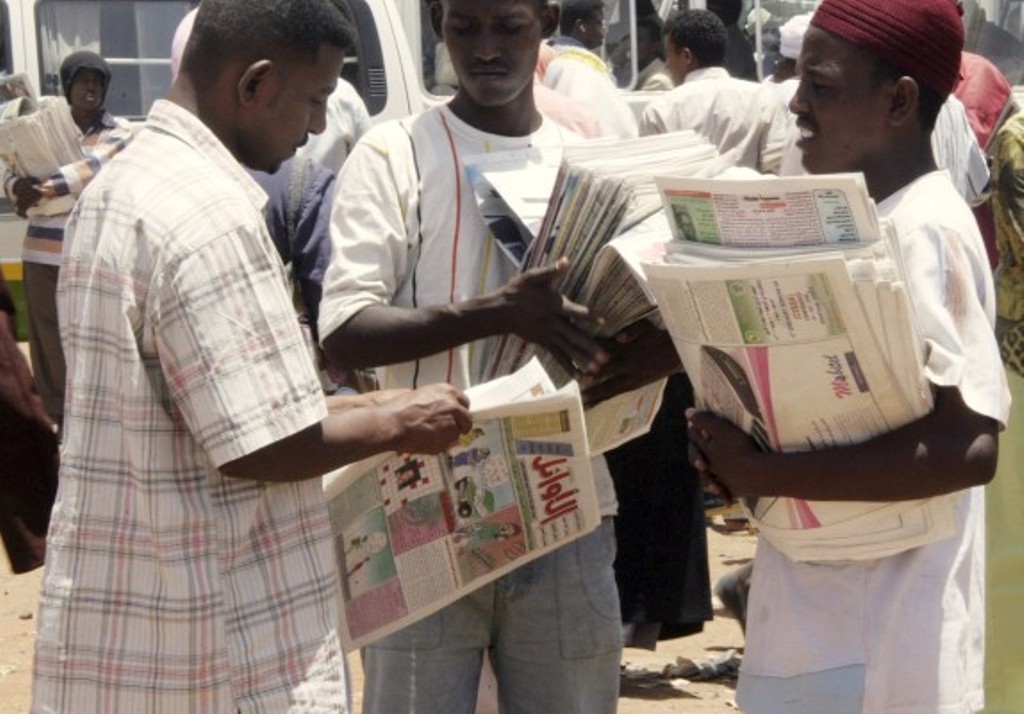 RE: Comment on your Article: “Subservience to the IMF prescriptions”

At first, we thank you for addressing the Press Release of Hizb ut Tahrir / Wilayah Sudan, entitled: “Subservience to the IMF Prescriptions”, and this indicates your professionalism that some media brothers are missing in this time.

We answer you with the following:

First: We have been and are still on the covenant with Allah (swt), to reveal the falsehood of man-made systems, and if you return, my dear brother, to our press releases that we were sending, and we are still, to the newspapers and the media in general, you would have found that Hizb ut Tahrir was the only one that was exposing the defunct regime and exposing its falsehood and showing people that it has nothing to do with Islam, but rather it raises Islam as mere slogans, and then applies the greedy capitalist system in its worst form. And if you had not asked where we were, I would not have mentioned to you that we were in the prisons and the detention centers of the oppressors because we were proclaiming the truth, but we do not seek by this action political gains and championships, as some parties do until they find a place in these man-made systems.

Second: If you my dear brother had returned to our press releases on the economy specifically during the era of the former regime, you would have known that Hizb ut Tahrir was the one who exposed the falsehood of the capitalist economy that was applied by the previous regime, and is still applied to this day. And we have indicated in more than one press release and leaflet, and in forums, seminars and conferences that we held in this regard, what is the economic system in Islam, as it contrary, in its foundation and in branches, to the abhorrent capitalist system, which is still in control despite the demise of the Inqadh Government (Transitional Government).

Third: How do you ask us to support a regime that is not based on the ideology of the Ummah, and does not judge by what Allah has revealed, but rather is quick to satisfy the colonial Kuffar, and they are never pleased with them until they disbelieve exactly as they disbelieve, so they are equal in disbelief, the Almighty (swt) says: وَلَنْ تَرْضَى عَنْكَ الْيَهُودُ وَلَا النَّصَارَى حَتَّى تَتَّبِعَ مِلَّتَهُمْ “And the Jews will not be pleased with you, nor the Christians until you follow their religion.” [Al-Baqara:120].

How do you ask us to support a regime that follows the path of the defunct regime itself, in governance, politics and economics, and is subject to the IMF prescriptions that destroyed the country and the people?!

We conclude that prosperity, price stability, and even the fulfillment of people’s basic and luxurious needs will not take place under the greedy capitalist system, but rather under the rule of the great system of Islam, because the rulings of the economy and others are Shari’ rulings from the Creator of mankind, and Allah the Almighty says: وَلَوْ أَنَّ أَهْلَ الْقُرَى آمَنُوا وَاتَّقَوْا لَفَتَحْنَا عَلَيْهِمْ بَرَكَاتٍ مِنَ السَّمَاءِ وَالْأَرْضِ “And if only the people of the cities had believed and feared Allah, We would have opened upon them blessings from the heaven and the earth.” [Al-A’raf:96]