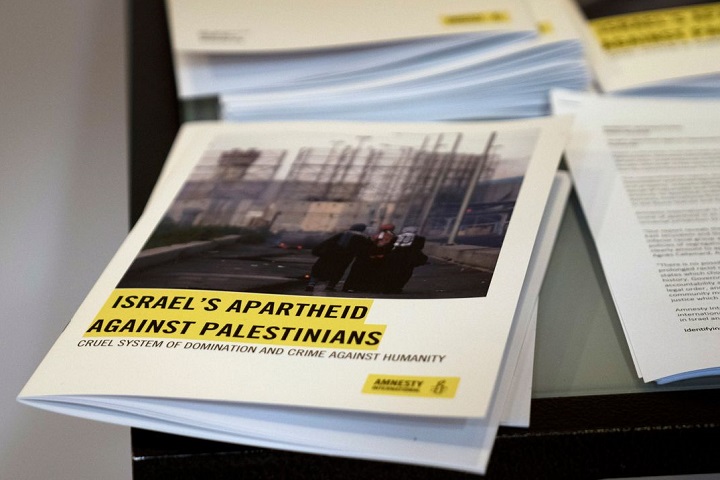 Our brothers and sisters in Palestine have been in a deplorable position for 73 years. They are driven out of their homes, humiliated, injured and murdered. Hundreds of thousands of homes have been completely destroyed, resulting in trauma and suffering by a significant part of our Ummah. For the past 14 years, the Zionists have been applying a form of collective punishment to the people of Gaza through an illegal blockade which resulted in shortages of housing, water, electricity, essential medicines, medical care, food, education and building materials. In 2020, Gaza had the highest unemployment rate and more than half of the population lived below the poverty line.

Last Tuesday, Amnesty International published the report “Israel’s apartheid against Palestinians”. This report describes how the Zionist occupiers have implemented a system of oppression and domination against the Palestinian population. Crimes such as demographic fragmentation, wrongful expropriation of land and property, restriction of freedom of movement to enclaves and deprivation of social and economic rights are according to Amnesty the four strategies being used by the Zionists.

In April 2021, Human Rights Watch published a similar report concluding the same. In this report, the term “apartheid” was also used explicitly to make clear what kind of demonic regime people are dealing with in the occupation entity. What the both reports (of hundreds of pages) fail to mention is the root cause of the situation, namely the Balfour Declaration, signed by the West. Furthermore, the report suggests that there is only a nationalist conflict. A conflict just between the Zionists and the Palestinians. However, this is an Islamic issue as there is physical occupation of Islamic territory, oppression of Muslims and occupation of one of the three Holy Sites of Islam.

Furthermore, the recommendations in Amnesty’s report should be viewed with a critical eye. Section 7.1.2 of the report talks about (international) legal remedies to address the system of apartheid against the Palestinians through, for example, Article 11(1) of the ICERD (a human rights instrument of the UN). A Palestinian mention made in 2018 of violation of several articles of the ICERD was finally approved for admission in 2021 (after going through numerous bureaucratic hoops). In other words, approved to investigate now the complaints by the ‘ad hoc conciliation commission’. The report does, however, touch on an important point by stating that the international community is inactive. The Zionist occupation entity is not being held accountable for their crimes and because of this, the world has contributed to encourage the occupation entity to continue committing worsening crimes (with impunity).

The report contributes further interesting solutions to multiple entities that take a neutral view of the situation. Nevertheless, the real solution for the Muslims does not lie with the West, nor by advocating a two-state solution, or going through a cumbersome bureaucratic process invented by the lame United Nations. The solution for Palestine comes from Islam. Palestine must be liberated from its occupier and merged by the armies of the Muslims into the domain of Islam, where both Muslims and non-Muslims enjoy protection.