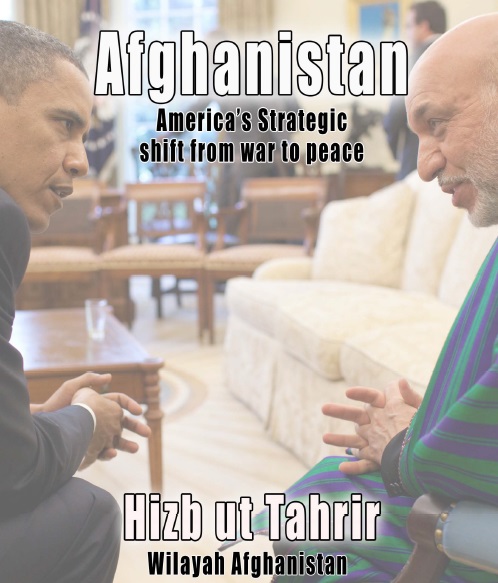 Sitting in the heart of Asia at the crossroads of strategically important countries Afghanistan plays an important role in both regional and Eurasian politics. The geography and geopolitical significance of Afghanistan means it is open to exploitation by many different powers in order to protect their interests. Afghanistan has always been occupied by powerful nations wishing to secure these interests.

Pakistan lying to the east of Afghanistan shares a 2500 Kilometre long border with Afghanistan. Pakistan has a much larger land mass of 796,100 square kilometres, and a population of 176.7 million. It has 617,000 active servicemen in the army and 515,000 reserve army personnel, coupled with nuclear capabilities.

America attacked and occupied Afghanistan 12 years ago in the name of combating so called ‘international terrorism’ by invoking Article 5 of the NATO charter and Article 51 of the United Nations charter in the wake of the 9/11 attacks.

George W Bush placed the objective of fighting al-Qaeda and the Taliban at the core of his strategy in Afghanistan. However, after two terms of Republican rule, the Democrats took office and altered the styles and means of the US strategy in Afghanistan and Iraq. Following this, the American propaganda machine began shifting from war mongering rhetoric to talks of a peace process in Afghanistan. This was despite the fact that at the beginning of his term in office, Barack Obama insisted on sending more troops to Afghanistan.

This shift in strategy meant that US interests could materialise in Afghanistan ensuring the continuation of US influence and propagation of secular culture and democratic values in this country. There is no doubt that the strategic pact between the USA and Afghanistan signed by President Barack Obama and President Karzai in Kabul on 2nd May 2012 and was endorsed by Afghan Parliament on 26th May 2013, is for these very objectives. The key points from the agreement were:

1. Both sides pledged to strengthen long-term strategic cooperation in areas that are of importance for both sides. These include accelerating the peace and reconciliation process, and the strengthening of state institutions.

2. Both parties pledged to support democratic values and uphold such values as a fundamental aspect of their long-term partnership.

4. Both sides reiterated that the presence and operations of US forces in Afghanistan since 2001 have been aimed at defeating al-Qaeda and its affiliates.

5. It is important that after the signing of this strategic pact, negotiations should begin immediately to pave the way for the signing of a security agreement to settle the issue of the status of American forces in Afghanistan.

6. The current military operations will continue until a bilateral security agreement is concluded.

7. The United States shall designate Afghanistan as a “major Non-NATO Ally.”

8. America pledged to support Afghanistan by training its military and providing equipment for Afghan forces after 2014.

9. The United States shall seek funds to support the training, equipping, advising and sustaining of the Afghan national security forces.

10. Afghanistan pledged to give America access to, and the right to use Afghan facilities until 2014. After this date, this issue will be governed by the bilateral security agreement that will be signed between the two countries.

11. Both sides agreed to enhance information and intelligence sharing.

The content of this strategic pact shows that the US strategy is designed with the objective of staying in Afghanistan on a long term basis. This is similar to the US occupation of the Philippines in 1901 until 1946, although it came under the control of the Japanese for a short period from 1941 to 1945. The US then signed agreements with the Philippines and established bases there. These military bases still exist in the Philippines.

The recent strategic agreement signed between Afghanistan and America is aimed at securing bases for the US in Afghanistan in return for making commitments to Afghanistan’s security and stability. The agreement also requires judicial immunity for American soldiers against prosecution in Afghanistan. These two issues have not yet materialised, although America is trying to put them into action. America is looking for options and pretexts to achieve these two objectives. On 9th May 2013, Hamid Karzai announced, “America intends to establish nine bases in Afghanistan”. He also said, “We agree to give the US these bases” and that, “serious negotiations are being conducted on these issues with Americans.”(AFP, 9-5-2013). The issue of judicial immunity to US forces stationed in these bases is part of their negotiations.

The bilateral security agreement – suggested in the strategic pact – has not been signed thus far. This bilateral security agreement when signed may restrict or guarantee the actions of US forces in Afghanistan. American forces will obtain judicial and diplomatic immunity in Afghanistan. In Iraq, about 16,000 personnel related to the US embassy enjoy diplomatic immunity. American officials and America’s agent Noori al-Maliki failed to make a legitimate excuse for giving judicial immunity to the rest of the American military personnel by unavailingly trying to market these forces as trainers for the Iraqi army.

1. However, the question remains as to whether peace – as expected by the people of Afghanistan- is in the US agenda at all?

2. Does the West (Europe and USA) want complete and lasting peace in Afghanistan?

3. What exactly does “change in strategy from war to peace” mean?

This report will seek answers to these questions.