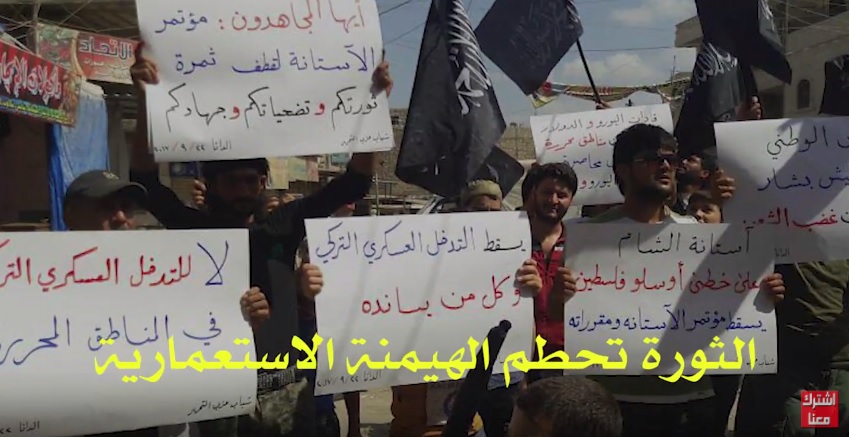 The attempt to associate Hizb ut Tahrir to ISIS was not a successful attempt despite continuing work on it; new attempts were required to undermine this party, which had vowed to work for the establishment of the Khilafah Rashidah (righteous Caliphate) on the method of the Prophethood; which is considered by Shar’a the only way to apply Islam in life and the only solution for the multiple sufferings of Muslims. The latest of which was a cheap and blatant media attempt claiming that groups from Hizb ut Tahrir were joining imaginary groupings. We in Hizb ut Tahrir Wilayah of Syria state the following:

First, Hizb ut Tahrir was not born today, but it is a political party founded in 1953 by Sheikh Taqiuddin Al-Nabhani, Rahimahu Allah. It is a global party whose work is spread in many Islamic countries and world’s states and is currently led by the eminent scholar Ata Bin Khalil Abu Al-Rashtah. The party adopted a set of thoughts and concepts in its various books; it also adopted a specific method for work, which follows the method of the Messenger of Allah ﷺ in establishing the state. This method depends on the intellectual and political struggle and the actions of seeking Nusrah (victory) from the people of power. It is a confirmed method that does not change by the change of time and place and never change by changing conditions and circumstances because they are confirmed Shariah rules derived from detailed Shari’ evidence.

Second, these attempts are mere media fabrications aimed at defaming Hizb ut Tahrir in the minds of Muslims to avoid it and find justification for discrediting it and the idea of ​​the Khilafah for which it calls.

Thirdly: All attempts to defame the Hizb and distort the idea of ​​Khilafah will be doomed to failure as the ones before, by the permission of Allah, and the cunning of the traitors will return to their throats; the Almighty said: