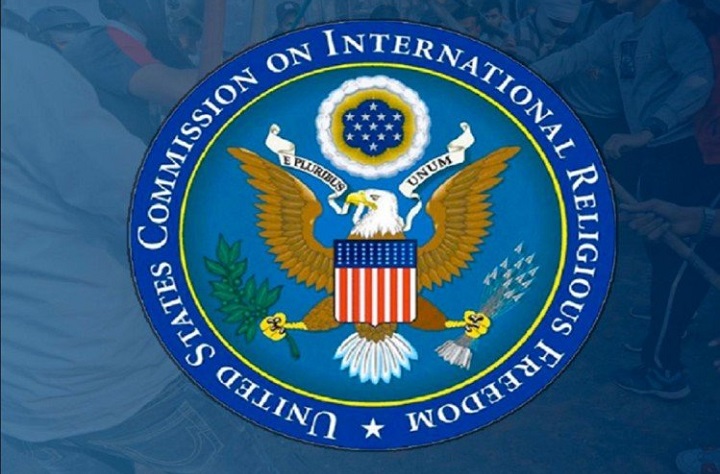 On November 18, news agency Radio Liberty, with reference to the US Department of State, published the news: “Kazakhstan has avoided being included in the US “watchlist” for religious freedom. The State Department did not comply with the recommendation of the United States Commission on International Religious Freedom (USCIRF) to add Afghanistan, Azerbaijan, Kazakhstan and Uzbekistan to the list.

The US Commission on International Religious Freedom, a bipartisan independent body set up by Congress to develop recommendations on global religious freedom, recommended in its April report that Kazakhstan be included on the US Department of State’s watchlist for complicity or tolerance in religious freedom violations.”

Comment:
Each year, the United States Commission on International Religious Freedom (USCIRF) publishes a report on the state of “religious freedoms” by countries around the world. The report explains the violations set out in the International Religious Freedom Act (IRFA) of 1998. If the Commission finds violations in accordance with this legislation, then it applies to the State Department with a recommendation to include these countries on the “black list” as a country violating religious freedom.

There are no clear boundaries and patterns on the basis of which the US State Department makes decisions. But one regularity is observed that if the regime of this or that country is loyal to the US policy, then this country can avoid the fate of being included in the so-called “black list”. Then, the United States is silent about the violation of the “religious freedoms” of the citizens of these countries and is actively cooperating with the regimes until it gets the desired goals.

Today we can observe how Uzbekistan and Afghanistan, despite the convincing recommendations of the Commission, avoided the fate of being blacklisted by the State Department. The regimes of both countries have recently been closely cooperating with the United States, and therefore, the State Department is not concerned about systematic violations of the “religious freedoms” of citizens of these republics.

The exact opposite is the case with Russia and Tajikistan, which this year were included in the “black list” of the State Department. The United States is trying to oust Russia’s influence from this region and uses various instruments of influence, including slogans about violations of “religious freedoms.”

The West gave birth to the ideas about “human rights” and about “religious freedoms”, but was never able to turn laws into reality that protect these rights. Religious intolerance has been and remains an integral part of Western society. During the reign of kings and the church, European countries persecuted all dissidents, and in particular the Jews. After the separation of the church from life, religious intolerance became even stronger. Not to mention modern military companies. Wherever NATO, the Blue Helmets and the like colonialists come (the Balkans, North Africa, the Middle East, etc.) Muslim mosques were destroyed or converted into cowsheds and toilets.

Despite the false accusations of the West against Islam and Muslims of violations of “religious freedom” and the desire to denigrate Islam, history shows that at a time when Jews were hated and persecuted in Europe and other countries, these Jews found refuge in the territory of the Islamic State, where they lived in peace and tranquility. The Christians surrendered cities to Muslims, because of the oppression and persecution of their own rulers.

The legislation from Allah does not change with a change in time and place, with a change in political benefits, etc. Only the Second Righteous State, the Khilafah (Caliphate), upon the method of the Prophethood will ensure the rights of all citizens of the state, regardless of their religious affiliation. So it was before, and so it will be in the near future with the permission of Allah Almighty!