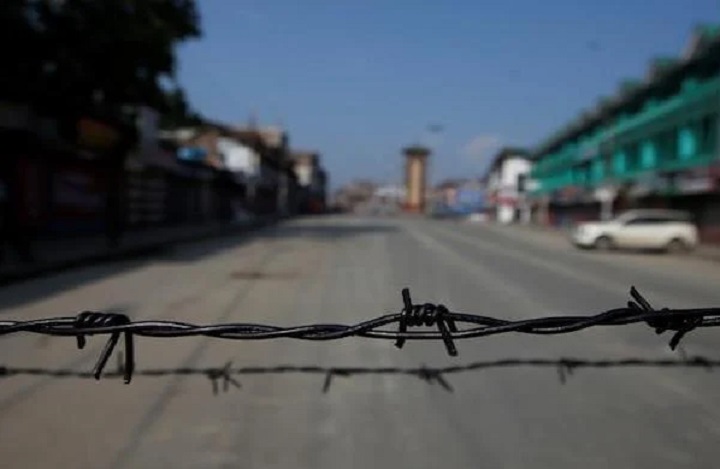 Without taking Matters into Our Hands, the Current Civilian and Military Leadership will Continuously Compromise Our Interests

Now the cat is clearly out of the bag. Pakistan’s civil and military leadership is openly selling off Kashmir, making normalization with the Hindu State and colluding with Modi in his hour of need. It is thus high time for Pakistan’s sincere sons in the armed forces and political medium to stop the betrayal of the Kashmir cause at all costs. They must become an insurmountable wall in front of the Biden-Modi plan. Moreover, they must mobilize with a clear strategy, not repeating the mistakes of the last seven decades, which have denied the liberation of Kashmir, even though Kashmir can be liberated in a short span of time.

Until now, every struggle to liberate Kashmir, be it military operations, asymmetric war or a diplomatic initiative, has only culminated in creating pressure on the Hindu State to agree to a referendum in Kashmir, instead of liberating Occupied Kashmir by military force directly, as we liberated Azad (Liberated) Kashmir. Abiding by the rules of the international order is a fatal mistake. Since its inception in the 1940s, the international order is a system of monopoly over power for the current, colonialist major powers, dominated by the United States and Europe, whilst Russia and China are limited to defending their own regional interests. To expect the United Nations grant us Occupied Kashmir on the basis of justice, is like expecting the wolf to have mercy on the sheep. So, how can we expect the colonialist tool, the UN, to be struck by conscience and good will, granting Occupied Kashmir to its rightful guardian, the Islamic Ummah? How, when the same international order uses the IMF as a brutal minder to blackmail states through international finance? The IMF is the colonialist tool that forces dissenting nations into submission, whilst preventing the Third World economies from systematic industrialization. Is it not the World Bank that formulated a policy to destroy Pakistan’s power sector, which the IMF is now running into the ground? Is the FATF regime not practically interfering in our domestic policy, foreign policy and legislation, to dismantle the jihadi structure of Kashmir, so that the Hindu State can consolidate its fragile annexure of Occupied Kashmir? The international order’s International Court of Justice prevents us from executing the terrorist mastermind, Kulbhushan Yadav, demanding we treat him as if he is a VIP guest. The international order restrains Pakistan’s armed forces from taking immediate action against dams built on Pakistan’s rivers by the Hindu state, including the Baglihar Dam. It is constantly corrupting our curriculum, as well as laws governing our Deen and family life. It does not allow us to meet our oil needs from Iran, yet demands that we provide transit routes to the Hindu State through Afghanistan and onto energy rich Central Asia. It is now herding us towards curbing the spending and size of our armed forces, as a prelude to dismantling our nuclear weapons. So how can we ever protect our sovereign interests, whilst tied to the shackles of the international order? How?!

By its very nature, Hizb ut Tahrir is the largest Islamic political party in the world striving for liberation from the colonialist order. It alone can rescue us from colonialist tyranny through the worship of Allah (swt) alone. Just as our forefathers destroyed the world order of Rome and Persia, the re-established the Khilafah (Caliphate) on the Method of Prophethood will knock down the present, collapsing world order, built on the shaky foundations of a failed and false ideology. Thus, O officers of Pakistan’s armed forces come forwards to grant your Nussrah for the re-establishment of the Khilafah, so that the shackles of the colonialist world order are broken, making way for a new world order under the dominance of Islam.

“O Believers! Respond to Allah and respond to the Messenger when they call you to that which gives you life.” [Surah Al-Anfal 8:24].