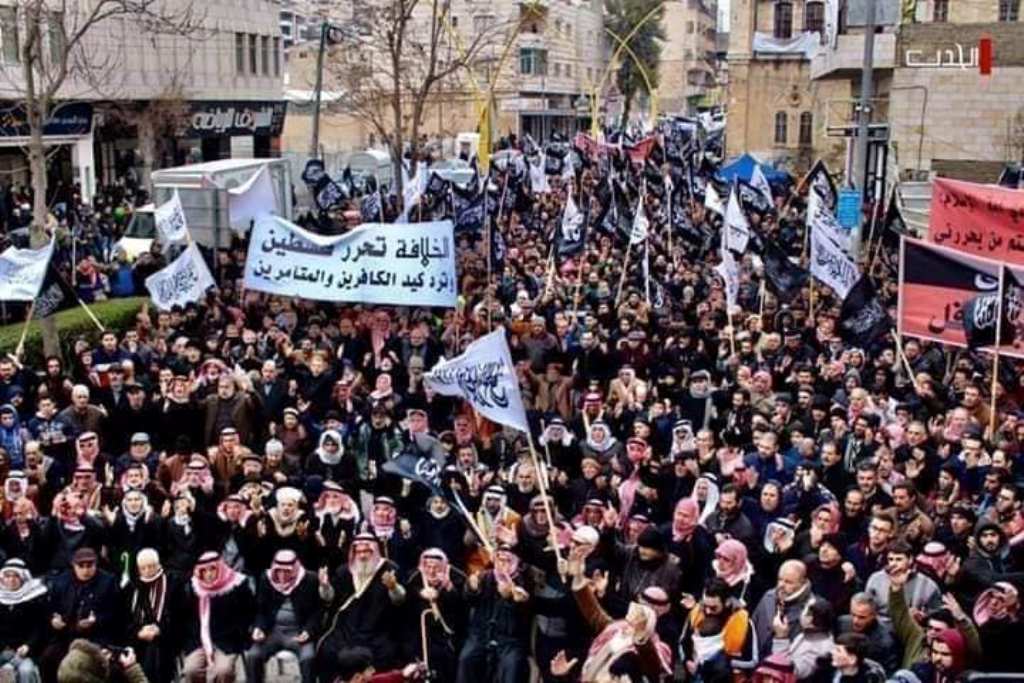 On Tuesday 11/2/2020, President of the Palestinian Authority, Mahmoud Abbas delivered a speech before the Security Council regarding the Trump deal, we hoped that he remained silent instead of his detestable speech, and what he demonstrated of bowing down, humiliation and begging of colonial powers that founded the Jewish entity and legitimized its occupation of Palestine, which he described as the highest legitimacy in the world as if they have the right of the command and the prohibition in this universe!

In his speech, Abbas insisted on adhering to the disgraceful negotiations approach that dragged misfortunes and calamities upon Palestine and its people, and he even insisted on describing every act of resistance as violence and terrorism, boasting of 83 security protocols that the Authority had signed with 83 countries to fight Islam under the name of fighting terrorism! The first of these countries is the enemy of Muslims and the people of Palestine, America! He expressed his readiness to provide new security services extending to 183 countries.

In a strange paradox, Abbas raised a map of Palestine from 1917 until today, wondering who gave them this right to tear Palestine, forgetting the criminal agreement signed by the UN organization, which provided 78% of Palestine to the Jews, forgetting Oslo and its sisters that Abbas affirmed his adherence to and all its clauses, despite the crimes of the Jewish entity!  He described this disastrous agreement as the sweetest and most beautiful transitional agreement!!

The solution to the question of Palestine is not by calling for an international conference in which all colonial countries and criminals will gather against the Palestine issue to eliminate it for the benefit of the Jewish entity, and it will not be begging them; since Kufr and colonialism are one (in belief). America, Europe and the Jewish entity are one alliance against Muslims. Nor the solution is to adhere to the Arab initiative for normalization, but it is rather by returning the issue to its Islamic depth, and call the Ummah’s armies to mobilize their legions and make the Jewish entity history. All other colonial solutions, decisions, initiatives, and international conferences are no different from the Trump deal except in appearance and form.

Let the liquidation and surrendering projects that Abbas called a “peace” opportunity go to hell. The people of Palestine will not lose hope of its liberation and Muslims will enter Al-Aqsa Mosque as Fatiheen (conquerors), as Al Farouk Omar did the first time, and that is a true promise.