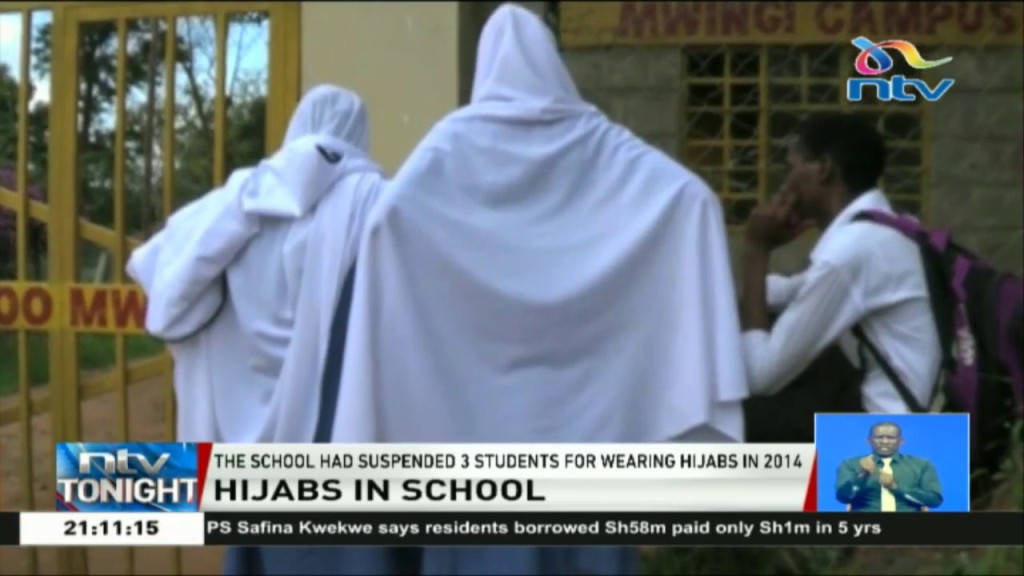 The Supreme Court has dismissed the application to review the Hijab case which was filed to quash a directive from St Paul Kiwanjani School to ban Muslim students from wearing the Hijab. The ruling has upheld the initial ruling made in January last year which set aside the court of appeal verdict which had sanctioned the wearing of Hijab in schools. Among the matters raised in the review application was that the last year’s judgment of the Supreme Court ignored pertinent constitutional issues hence was issued based on technicalities.

In this regard, we wish to state the following:

The so-called progressive 2010 constitution guarantees freedom of worship and expression yet balances them against other freedoms! Based on such ‘technicalities’ the court denies the rights of Muslims and allows the school administration to deny those rights. Amid this ruling, Muslim students countrywide face challenges in matters with their Deen. Some schools not granting the place of worship with some forcing Muslim students to attend religious services of other faiths.

The ruling is a grave attack on Islam as Hijab is a divine ruling upon all female Muslims. We see this as a part of a massive global campaign against Muslims. The world openly knows how Chinese authorities are harassing Uyghur Muslims using all brutal tactics such as preventing them from practicing rituals and attending mosques by closing them down as well as preventing them from fasting in the blessed month of Ramadhan. These sadistic acts are a clear violation of basic rights.

Secular constitution will never guarantee the rights of Muslims who are obliged to follow and the noble divine laws of their Almighty Creator. The ruling has further exposed the fallacy of the freedom and rights, which are deemed as sacred in Democracy as championed by Western secular liberals. Apparently such freedoms and the so-called human rights are false illusion for Muslims. We call upon the Muslims in general and especially the Scholars not to waste their efforts in seeking redress in secular constitutional changes instead they should work for Islam upon which will protect the rights of Muslims and all humanity. We certainly maintain Islam through the Khilafah Rashidah (rightly guided Caliphate) upon the methodology of Prophethood will fully guarantee all rights of its citizens.