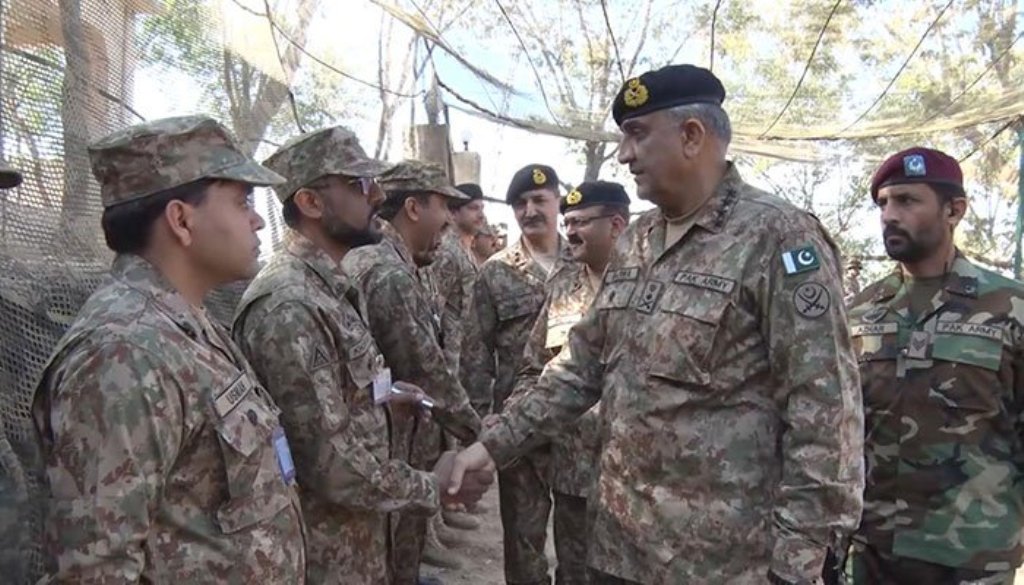 While visiting troops stationed on the Line of Control on 16 October 2019, General Bajwa declared, “Kashmiris in IOJ&K are bravely facing Indian atrocities under continued siege. We shall never leave them alone and play our rightful role at whatever cost.” However, the cold hearted refusal of the Bajwa-Imran regime to launch our willing and able armed forces in a decisive war of liberation is nothing less than leaving the suffering Muslims of Kashmir well alone. The lowly regime has abandoned the Muslims of Kashmir because of its commitment to the evil of nationalism, which puts commitment to race and borders above the commands of Allah (swt) and RasulAllah ﷺ. Thus, despite commanding the world’s sixth largest army, the regime clings to nationalism, when it claims that it is saving Pakistan from destruction and poverty, by avoiding war with India over Occupied Kashmir. Similarly, despite commanding the lion’s share of the world’s wealth, the Arab rulers increase their economic dealings with India, extending it essential life lines, because of their “national interest.” Indeed, it is the cling to nationalism that makes the current rulers of Muslims pay lip service to the Uighur, Rohingya, the people of Palestine and Kashmir, even though they collectively command over three million troops and officers that yearn for martyrdom or victory.

It is a grave sin to cling to bond on any basis other than the brotherhood of Islam. Allah (swt) commanded,إِنَّمَا الْمُؤْمِنُونَ إِخْوَةٌ فَأَصْلِحُوا بَيْنَ أَخَوَيْكُمْ وَاتَّقُوا اللَّهَ لَعَلَّكُمْ تُرْحَمُونَ “The believers are but brothers, so make settlement between your brothers. And fear Allah that you may receive mercy.” [Surah al-Hujarat 49:10]

RasulAllah ﷺ firmly rejected all partisanship other than Islam, «مَنْ قُتِلَ تَحْتَ رَايَةٍ عُمِّيَّةٍ يَدْعُو عَصَبِيَّةً أَوْ يَنْصُرُ عَصَبِيَّةً فَقِتْلَةٌ جَاهِلِيَّةٌ» “One who is killed under the banner of a man who is blind (to his just cause), who raises the slogan of family or supports his own tribe, dies the death of one belonging to the days of Jahiliyyah (Ignorance).” [Muslim].

It is in the era of the Khilafah (Caliphate) that Islam alone determined our interests and causes, so the cries of oppressed Muslims were responded to, wherever they were. Muhammad bin Qasim came from Persia with an army to end the atrocities upon the Muslim of the Indian Subcontinent. And Salahudin, of Kurdish ethnicity, came from Egypt with an army to liberate Al-Aqsa in ash-Sham. Indeed, the fires of division, defeat and humiliation were ignited throughout the Muslim World due to the evil of nationalism and they will only be extinguished by returning to obedience to Allah (swt) and RasulAllah ﷺ.

So let the Muslims strive for the restoration of the Khilafah (Caliphate) on the Method of Prophethood.