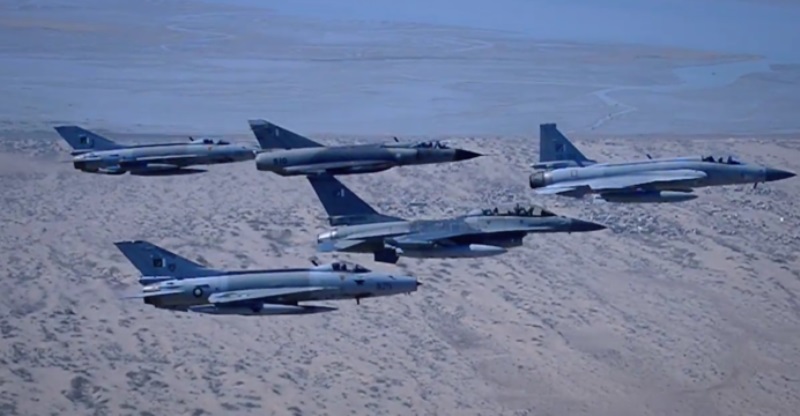 In the early hours of 26 February 2019, desperate to win Indian elections, Modi ordered a flagrant violation of Pakistan’s air and land space. Modi did so just three days after offering peace, exemplifying the saying that, “from the mouth comes forth greetings, whilst the armpit conceals the dagger.” Once is once too often, in acts of war. The need of the time was to have immediately shot down the Indian jets, even if it meant flying deep into Indian territory, to give an immediate jaw breaking response, in the same coin. What more needs to be seen of “restraint” and compromise before the enemy? The compromising, weak stance towards the Hindu State, as it spilled the blood of Muslims in rivers in Occupied Kashmir, only encouraged it in aggression beyond Occupied Kashmir. Compromise with the aggressor, calling for giving peace a chance and proclaiming that war is not an option, encouraged a flagrant act of war by the enemy.

O Muslims of Pakistan! Demand the tearing up the policy of “normalization” because talk of trade and ties is met with enemy jets and continuous mortar fire. Demand the rejection of “normalization” whose architect is Modi’s master, the United States, so that Pakistan makes way for rise of India as the dominant regional power! Reject the rulers’ clasping at treaties, deals and alliances with enemies that despise our Deen, fight Muslims and aids others in doing so. Allah (swt) said,إِنَّمَا يَنْهَاكُمْ اللَّهُ عَنْ الَّذِينَ قَاتَلُوكُمْ فِي الدِّينِ وَأَخْرَجُوكُمْ مِنْ دِيَارِكُمْ وَظَاهَرُوا عَلَى إِخْرَاجِكُمْ أَنْ تَوَلَّوْهُمْ وَمَنْ يَتَوَلَّهُمْ فَأُوْلَئِكَ هُمْ الظَّالِمُونَ “Allah forbids your alliance with those who fight you because of your Deen, and drive you from your homelands, or aid others to do so: and as for those who turn to them in alliance, they are truly oppressors.” [Surah al-Mumtahina 60:9]. End weakness before our enemies, by working for the Khilafah (Caliphate) on the Method of Prophethood, so that we have rulers that lead us by that which pleases Allah (swt) alone.

O Lions of Pakistan’s Armed Forces! There is no time for deliberation meetings, when your immediate offensive response is the need. Trample the policy of “restraint” under your feet as you march forward towards honor and glory. It is upon you now to seal the Indian High Commission, expelling its staff, and actively arm the Muslims of Occupied Kashmir, so they mobilize alongside you in a decisive war of liberation. Allah (swt) said, وَمَا لَكُمْ لَا تُقَاتِلُونَ فِي سَبِيلِ اللَّهِ وَالْمُسْتَضْعَفِينَ مِنَ الرِّجَالِ وَالنِّسَاءِ وَالْوِلْدَانِ الَّذِينَ يَقُولُونَ رَبَّنَا أَخْرِجْنَا مِنْ هَٰذِهِ الْقَرْيَةِ الظَّالِمِ أَهْلُهَا وَاجْعَلْ لَنَا مِنْ لَدُنْكَ وَلِيًّا وَاجْعَلْ لَنَا مِنْ لَدُنْكَ نَصِيرًا “And what is [the matter] with you that you fight not in the cause of Allah and [for] the oppressed among men, women, and children who say, “Our Lord, take us out of this city of oppressive people and appoint for us from Yourself an ally and appoint for us from Yourself a supporter?” [Surah An-Nisa: 4:75]. And if you feel the slightest hesitation, be assured all this is possible once you have granted the Nussrah (Material Support) for the re-establishment of the Khilafah (Caliphate) on the Method of the Prophethood.