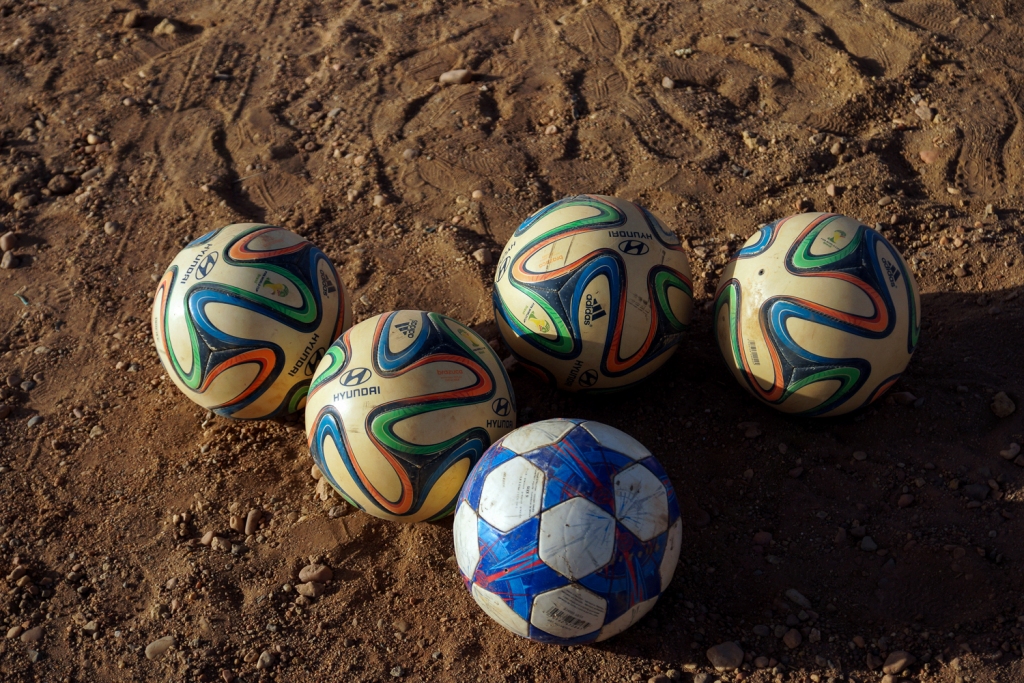 Sudan’s first women’s football league kicked off on Monday with a match between two teams in Khartoum, that was followed by hundreds of fans and diplomats from the stands, according to local and international media. The match was held in the wake of cheers from male and female fans. The launch of this women’s football league comes under the transitional rule period, during which public freedoms will be strengthened, through the implementation of measures that give a wider margin for women’s freedom and rights, according to the democratic reference provided for in the constitutional document.

Women’s practicing exercise in the way which took place, is undoubtedly violated all the Islamic regulations; from mixing, stripping and showing nakedness, without shame from Allah Almighty, in response to the requirements of the International Organization (FIFA), its laws and regulations, which make the Haram lawful and the Halal unlawful, in a deliberate direction of the public opinion to walk in the path of open secularism, which defies Allah and His Messenger ﷺ, and establishes friendly relations with the civilization of the Kafir colonialist. Secularism, which commodifies women, and occupies them with trivialities, and renders them worthless, ignoring the fact that they are the backbone of the community structure! So, who will play the role that builds a cultural security fence in the minds of the sons of the Ummah to face different currents as long as the model is Western women?

O Transitional Government, you know with certainty that men and women differ in creation and character, on the basis of the innate masculinity role and femininity role, and any disruption of the creation or the character leads to disruption of the natural role of both, which helps in the rapid collapse of society. The provisions of Islamic law say one saying, in the words of the wife of Imran: وَلَيْسَ الذَّكَرُ كَالأُنْثَى “And the male is not like the female.” [Al-i-Imran: 36]. So, why do you deliberately violate reality and law, to satisfy the West, which has not been satisfied with those who have been in power before you, despite all the concessions they made?! This humiliating path has been tried by all the former rulers, so they went to the United Nations and to the UNICEF’s dollar, which did not benefit them and did not intercede for them.

We, in the Women’s Section in the Media Office of Hizb ut Tahrir / Wilayah of Sudan, we address our speech today to the people of Sudan, for the issue affects them in an aspect that must not be tolerated. So, O the people of Sudan, safeguard your free women and surround them with your care, and protect your honors, for the issue is very serious. The transitional government bargains to permit the violation of your society, and does not give any consideration to the rulings of Islam. Do not sell your religion for the religion of a secular government that is inevitably doomed to abyss, and do not remain silent on the violation of sanctities, and fight their corrupt ideas and expose them wherever they are in committees, localities, universities and schools, otherwise your silence will definitely bring on us Allah’s wrath and His punishment, the Almighty said: وَاتَّقُوا فِتْنَةً لا تُصِيبَنَّ الَّذِينَ ظَلَمُوا مِنْكُمْ خَاصَّةً.. “And fear the Fitnah (affliction and trial) which affects not in particular (only) those of you who oppress (but it will afflict everyone).” [Al-Anfaal: 25].

How long will these regimes, which trade and bid all issues, be tolerated?  How long will we accept regimes that ignore the genuine political vision from which emanate concepts and convictions that cherish, protect and lift women from this dire reality?? This is what we find truly and sincerely, in the system of the Khilafah Rashidah (righteous Caliphate) on the method of the Prophethood that honors women, and makes them an honor that must be protected, rather than systems that display women in the capitalist slave market, so, do you exchange what is better for what is less, what’s wrong with you how do you judge?!