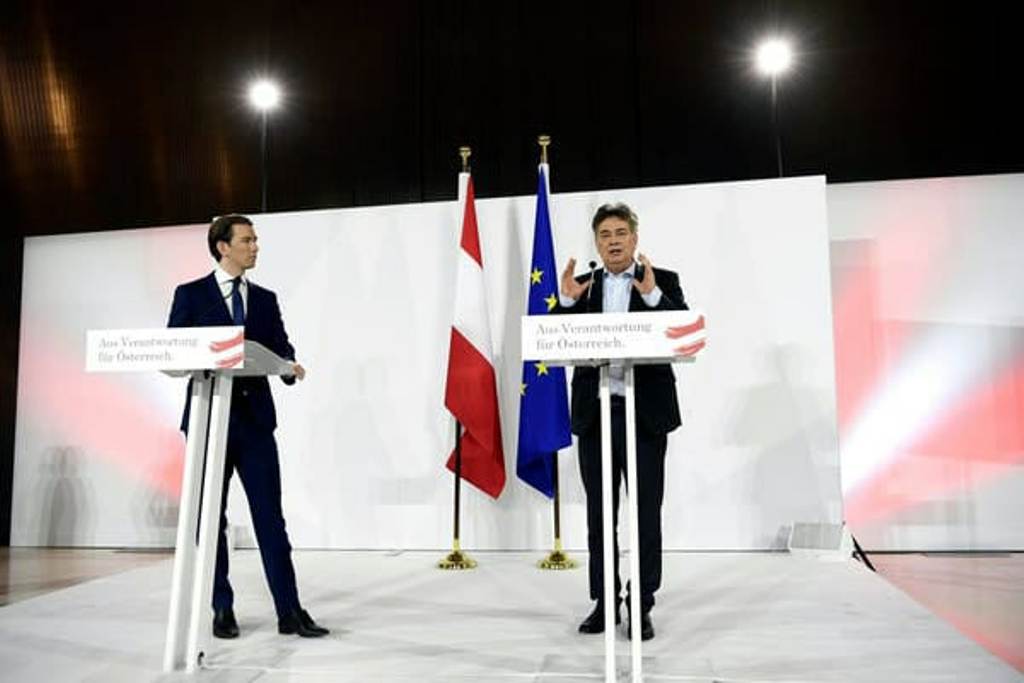 On 2nd January 2020, after two months of negotiations, the government coalition program between the Austrian People’s Party and the Green Party was presented, and two days later the Green Party’s General Federal Congress approved the program with an overwhelming majority of 93.18% of the delegates. This program, in which Islam has been mentioned 16 times, is an explicit declaration of war on Islamic life in Austria. It continues the repressive policy of the previous government.

Even the foreground carries the spirit of forced inclusion, which is based on the premise that society can exist and last only on mono-cultural basis. In other words, any approach to life and any cultural system deviating from the prevailing approach and system must be addressed: either by bringing it closer or removing it. The “Austrian identity” must be protected through a “firm immigration and integration policy”, as in the statement. Whereas, “acceptance of the Austrian and European cultural and legal system” as well as “separation of religion from the state” and “gender equality” are prerequisites for achieving this.

This outline is defined and detailed by various procedures in many political areas, from amendments to the judicial system, through a culture of remembrance of the Nazi era, to internal security. However, the most extensive measures detailed by the program are in the area of ​​ integration and education policy. As the text begins with a statement that Austria is an “open, Christian country” that is “committed to the principles of humanity and enlightenment.” The basic condition for the cohesion of society and “successful integration” is the existence of “shared values ​​and norms, which are borne and recognized by all – including immigrants…”  Then it says: “Any violations of the basic democratic system and the democratic values ​​system of our liberal state cannot be accepted or considered relative in any way, regardless of the party that issued it or the argument that accompanies it.” To ensure this, religious education in schools must be prepared in a manner that encourages integration and “guides it from the point of view of national education.” The articles devoted to teaching Islamic religion were mentioned, and the contents of which should be examined by the Ministry of Education in cooperation with the Department of Religious Affairs in terms of the existence of contents that cause confusion from the standpoint of constitutional values. In order “to ensure that children are brought up as far from any compulsion as possible (for example, by wearing Khimar), it has been decided to extend the ban on wearing headscarves for students until they are fourteen years old, and to tighten control of childcare centers (Islamic ones in particular) such as kindergartens, private schools, student homes, and educational centers”. All of this serves the achievement of Austrian educational objectives and confronts manipulation and dissemination of ideologies that contradict constitutional foundations, such as religious-motivated political extremism (political Islam)”, as stipulated in the coalition government agreement.

All of these measures are clear indications of the extent to which the “Republic of the Albanians” will go to realize their authoritarian illusion of creating a monolithic society. The government’s “green turquoise” policy will be characterized by very influential and far-reaching interventions in the realities of Muslims’ life and their intellectual and emotional system. The formulas used in this agreement as their saying: (shared values ​​and rules, borne and recognized by everyone – including immigrants …) do not leave any doubt that the only identity that has the right to exist is the Austrian identity.

This utter generalization of the system of subjective values ​​and considering it a unique monotheistic reality will raise the issue of integration to the level of a vital issue, which in turn will generate violent reactions from all groups of society. Also, the context in which the subject of integration is discussed confirms this pattern of thinking. The perpetual reference to the political and security aspects and the creation of an aura of criminal threat suggests that Austria is experiencing a truly civilization conflict, from which only one winner can emerge. Hence, these measures stipulated by the government program do not aim to find a balance of interests between the different societal groups. Rather, in its spirit it pursues the policy of integration and forced assimilation, which aims mainly at fragmenting and dissolving the other! The most important indication of an anti-Islam consensus in Austrian politics is that the Green Party, which boasted of its openness to the world, has also followed the path of ideological religious clash. The party has embarked on a path in which hostile images are drawn and branded by the other, and is even ready to introduce civilizational conflict into classrooms and kindergarten. Thus, it is adopting the reactionary nationalist policy of the previous government and following in line with those who are supposed to be his archenemies: Hofer, Strache, and Kickl!

In the face of these disastrous developments, Hizb ut Tahrir in the German-Speaking Countries calls on Muslims in all these countries to face this bitter reality. In particular, associations, mosques, and delegates of the Islamic community, all of them must finally realize that the deputizing methods that were set by the existing political system to adopt the interests of the community are closed to Muslims. The systematic incitement over decades, the dissemination of anti-Islam notions, and the hateful debates they manage have all been carried out to all groups of society, which led to the emergence of a general conviction that Muslims embody the contrary and the antagonist of their self-existence as Westerners, and this conviction has spread across all parties and all classes of the society until it became categorically the leading idea. Therefore, all Muslims must stand firmly against this systematic pursuit of Islamic identity and life. And Hizb ut Tahrir calls on you, Muslims, to take a stern and striking stance noticeable to public opinion in the face of this vicious attack, and to strongly engage in this ongoing societal debate, and to clearly declare your rejection of the principle of forced integration. Only in this way we can create awareness among the general community that these anti-Islam actions are unjust and unlawful, so that we can effectively confront polarization in society and prevent the danger of imminent civilizational conflict.