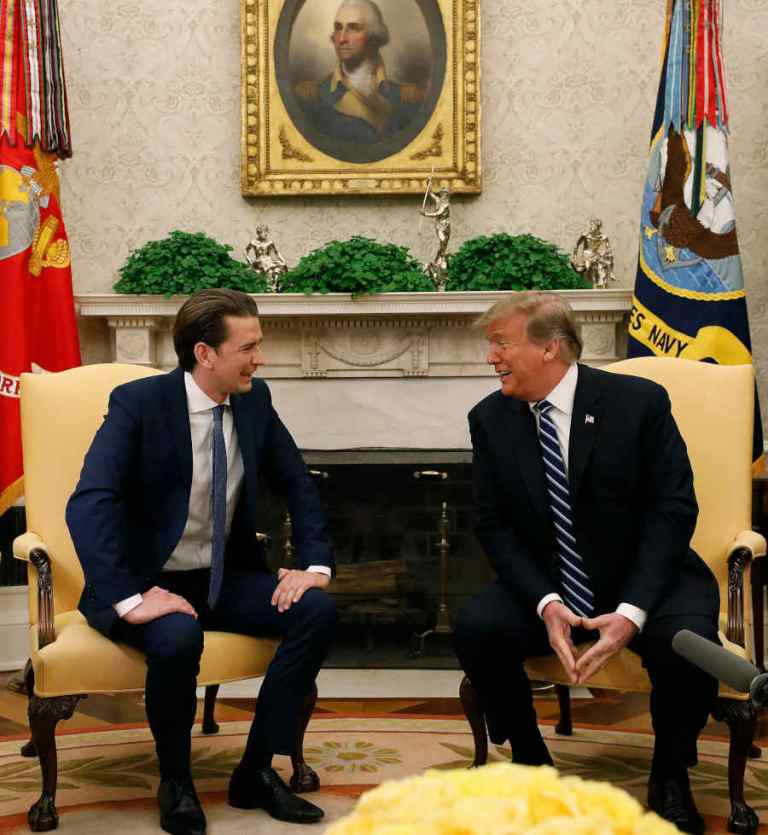 After the Austrian Parliament decided on 15/5/2019 to ban the wearing of headscarf (Khimar) in primary schools, the Austrian People’s Party intends to expand the ban to secondary schools, so girls are banned from wearing the Khimar in educational levels until the age of 14. Former Minister of Religions Gernot Blümel (Austrian People’s Party) argued that “religious sensitivity” starts at the age of 14, and that “10 to 14 years is a sensitive time in which girls must be protected …” and also demanded that Muslim teachers should not practice their profession while wearing the Khimar. He said: “By wearing the veil, they implicitly undermine the religious neutrality of the state and advocate for a community system in which women do not have the same status as in our enlightened Western societies”. He went on to say: “Teachers who wear the veil can politically influence pupils, so we seek to teach modern and Western Islam in schools.”

In its ongoing election campaign, the Austrian People’s Party seems to be betting on the prevailing hostile image and is focusing on promoting the narrative that Khimar is the symbol and tool for “political Islam.” According to this narrative, the reasons for women wearing the Khimar are limited to two reasons: she is either a subversive political activist who by wearing the Khimar fights against the prevailing values ​​in society, or a victim of an authoritarian bigotry regime that reduces the value of women! This is based on an appearance that serves as a code for persecution!

This attack on the Islamic headscarf and presenting and adopting it as a problem by politicians without any objection from public opinion is the result of drawing a hostile image of Islam in people’s minds for decades. Through this image, all acts and rituals of Islam are perceived as provocative and aggressive in nature. This image has not been drawn for itself, but is a required condition for the success of their integration policy, which specifically targets Muslims in Europe. The integration they seek is not broad consensus lines that takes into account the needs of different individuals and groups, but rather an abstract monolithic ideology that has been imposed exclusively for secularization of Muslim thought and behavior. The basic elements of this integration policy are the permanence of stigmatizing the other and putting him under the microscope, and devalue him, as well as over promoting self-civilization and identity.

What gives this thought a particularly destructive power is the assumption that the existence of other viewpoints of life threatens their own survival. Their determination to annihilate the other stems from their quest to preserve themselves as their vital issue, which gives them the justification for taking whatever action. Even blatant infringement on the beliefs and values ​​of others seems then to be acceptable and appropriate!

Blümel’s call for a “modern and Western” Islam is an explicit expression of this infringement aimed at crushing the Islamic identity. The goal is to separate the Muslim community from its ideological origins by creating secular frameworks for interpretation that close the door to the Islamic Aqeedah and the correct Islamic understanding. And because it is the instinctual reactions that drive them, these advocates of integration invoke arguments contrary to the rational mind and plunge them into endless contradictions. Blümel, for example, claims that female teachers who wear Khimar undermine state’s neutrality to demand, and in the same context, teaching Islam in a secular style that considers Europe the pioneer and leader of human civilization.

Thus, the state that claims religious neutrality, which by definition is prohibited from aligning to one doctrine without the other, or evaluating others on the basis of its own view point, this state has been exposed and clearly shown that it is an ideological player with distinction that does not accept any different convictions or lifestyles. In order to combat these different patterns in their infancy, the pioneers of this policy seek to ensure that the integration and assimilation measures bear fruit at an early age, thus, transferring the identity formation of Muslim children from the family to the realm of government influence, so that the identity of our children is shaped according to their perceptions.

The Austrian People’s Party’s initiative to expand the ban on Khimar in schools should be seen as a direct attack on the cohesion and safety of the Muslim community. It seems that the officials, from their conduct in this confrontational way, do not care at all that this policy of confrontation will harm the country’s community security, and that the damage will be permanent.

In fact, their policy is not to properly take care of the affairs of their citizens, despite the fact that it is their original duty, but rather they neglect the real problems that people suffer from. Moreover, their laws lack inventive creativity that takes into account the legislative reality of a multi-structured society.

Accordingly, Hizb ut Tahrir is actively warning of an imminent civilizational conflict that threatens to bring the whole society into the abyss. The nature of the current policy of integration that seeks to civilizational annihilation directly threatens the Islamic life in Austria and Europe. The duty of the Muslim community is to stop this dangerous development by uniting its forces and standing firmly and decisively in the face of all measures aimed at erasing its Islamic identity. With this firm position, it will fulfil the obligation that Allah has ordained for it; to call for the Truth, enjoin the good and forbid the evil. Allah Almighty says:

“You were the best nations ever to be raised for mankind: you enjoin what is right (ma’roof), forbid what is wrong (munkar), and believe in Allah.” [Al-i-Imran: 110]