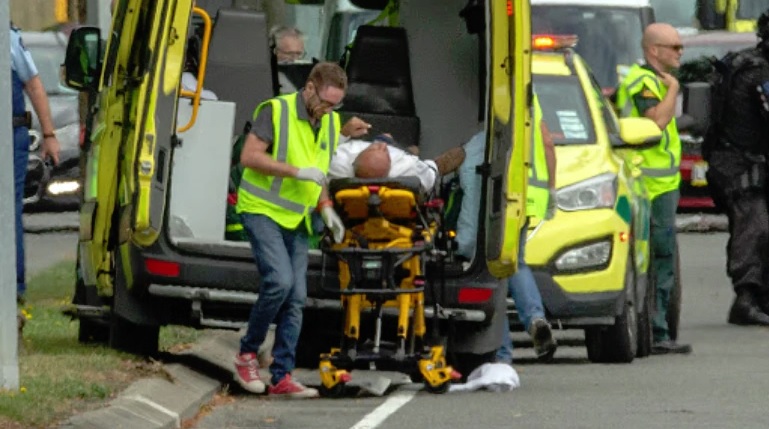 On Friday Rajab 8th, 1440 AH (March 15th 2019 CE), a criminal terrorist killed 50 Muslim worshipers in Christchurch, New Zealand. The terrorist broadcasted these horrible actions using Facebook livestream. This action shows the magnitude of hatred and malice towards Muslims because of their Imaan in Allah (swt). The Quran describes this situation: وَمَا نَقَمُوا مِنْهُمْ إِلَّا أَن يُؤْمِنُوا بِاللَّـهِ الْعَزِيزِ الْحَمِيدِ “And they had no fault except that they believed in Allah, the Almighty, Worthy of all praise!” (Surah Al-Buruj 85:8).

In the aftermath of this heinous crime, the following is clear:

1) This tragedy is one of many criminal examples inherent in Western societies. It is the rotten fruit of Liberal societies that incite dangerous ideas such as racism, fascism, and white supremacy. Considering Islam as their enemy, the Western governments have given rise to Islamophobia and utter hatred towards Islam and cultivated a deeply rooted grudge against Muslims. Politicians and the media are complicit in dehumanizing the Muslims for decades. This provides free rein to Western governments to harbor open hostility against Muslims. Trump and his administration have amplified xenophobia against Muslims in particular and immigrants in general, resulting in a fresh wave of hatred and attacks against the Muslims in the West. Western governments carry full responsibility for this crime.

2) Another salient point to reflect on is why Muslims were compelled to become migrants and refugees in the first place. Due to colonial greed and oppression by Western nations, they have not found any peace or economic security in the Muslim world.

3) Tragic incidents like these neither ignite emotions nor any consequential actions among Muslim rulers because they are traitors, cowards and scoundrels. They rushed to condemn the Charlie Hebdo attack however they became deaf to the cries of the New Zealand Masajid’s victims and dared not to denounce the act of terrorism committed by white supremacist.

This incident should neither terrify nor weaken the Muslims, rather it should reinforce our perseverance, patience and drive to hold firm to Islam. Beware, the objectives of these incidents are to intimidate, instill fear in the hearts of Muslims and make them feel weak and humiliated.

Allah (swt) says: وَلَا تَهِنُوا وَلَا تَحْزَنُوا وَأَنتُمُ الْأَعْلَوْنَ إِن كُنتُم مُّؤْمِنِينَ “So do not become weak, nor be sad, and you will be triumphant if you are indeed believers.” [Surah Ale-Imran 3:139]

It is imperative for Muslims not to hide their Islam, rather carry it to non-Muslims and explain the ‘Aqeedah (creed) and systems of Islam. We must expose corruption caused by secular liberalism and engage in discussions with non-Muslims to counter the hateful narrative of Islamophobia.

4) The bleeding wound of New Zealand is yet another blow to the Muslim world. This situation would not exist if Muslims had a Khalifah to protect them. Those criminals and whoever supports them by word or action would not dare to attack Islam and Muslims if we had a Muslim ruler, the likes of Omar Al-Farooq, Al-Mu’tassam or Salahuddin. Muslims must not wait for more crimes to occur, rather they must sincerely work to resume the Islamic way of life by establishing the Khilafah Ar-Rashida – (rightly guided Caliphate) the shield that protects the Muslims. The Prophet ﷺ said:

“The Imam (Khalifah) is a shield for them. They fight behind him and they are protected by (him from tyrants and aggressors).” (Sahih Muslim 1841)