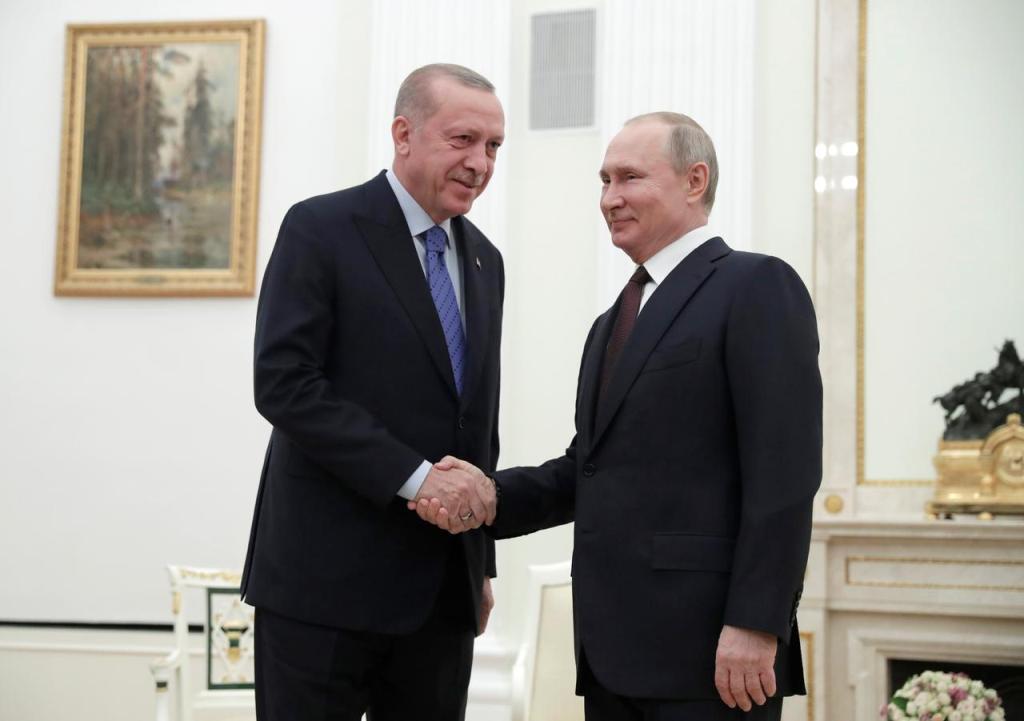 Under the Pretext of Humanitarianism

More than 20 civilians were killed last Tuesday in attacks by the brutal Syrian army forces on civilian targets including schools. The Syrian Observatory for Human Rights reported that at least nine children and three teachers were killed in unrelenting advances on the Idlib province in the northwest of the country.

It is worth noting that in September 2018, Idlib province was transformed into a de-escalation zone with the consent of Turkey, Russia and Iran – prominent international players in the conflict – the hostilities were prohibited while all parties were allowed to establish their own military observation points. This agreement was violated last April, when the Syrian and its allied forces launched a military offensive to seize the areas controlled by the opposition factions in the western provinces of Aleppo and Idlib. Then they re-launched their offensive last December to continue advancing in the south of Idlib province and to seize a large number of villages and towns in it. The bombing was renewed despite the ceasefire agreement on January 12 between Turkey and Russia. The tyrant of Ash-Sham pledged last week to continue the attack, saying that the war was not over, but the “complete victory” was elusive.

According to the UN human rights official, nearly 300 civilians have been killed in this year’s attacks in the region, and about 900,000 people in northwest Syria have been forced to leave their homes and shelters in less than three months, including about 500,000 children, and they sought shelter near the Turkish border where they feel stuck and stranded. They cannot enter Turkey; and cannot return to their homes nor obtain appropriate assistance with the aggravation of the difficult situation due to harsh weather conditions and a significant shortage of basic needs, including food, clean water, medicines, warm clothes, fuel and tents. A number of deaths have been recorded, including among children, as a result of lower temperatures. The United Nations said last Monday that the latest fighting was “dangerously close” to the displaced camps, indicating an imminent “bloodbath”.

In light of the Russian escalation and the Turkish silence regarding the bombing, killing, and military operations of the brutal regime forces in the region, there is a lot of talk recently about the difficult humanitarian situation for civilians, whether due to the Russian and the regime forces’ shelling or the situation of the displaced in the open, all of this to be a prelude to starting the American political solution, which is a reconciliation with the murderer of children, women and the elderly, and a return to the slavery again, as if nothing had happened. The British Guardian Newspaper quoted a diplomat as saying that “there is a proposal for new understandings between Russia and Turkey and the Assad regime, according to which the buffer zone will be reduced by a distance of up to 25 kilometers in return for allowing Turkey to take over the Rif’at Hill.” Turkish presidential spokesman Ibrahim Kalin said: “The attacks on Idlib should be stopped as soon as possible and we are waiting for this to happen through a new ceasefire agreement, and this is our basic aspiration from the Russian side,”

They used the humanitarian aspects and the danger to civilians as a pretext, yet they are the ones who have been killing Syrian children for nearly nine years until today, in Aleppo, Idlib and other areas. They are slaughtered, killed, and bombed with all kinds of weapons, in their homes and schools, in hospitals, camps, in the open, on the border, and in front of the eyes and ears of rulers in Muslims countries who are content in giving the same threatening speeches that people are accustomed to, such as the threats and promises of Turkey’s ruler Erdogan to use military force to expel Syrian forces, unless they withdraw by the end of last February! These misleading threats, if useful (to anyone), only boost his popularity, which is at stake after he lost nearly 10% of the votes compared to 2014.

After the end date of February, which the Turkish regime gave to the criminal regime to complete its mission, “the Turkish President announced last Saturday a summit on the fifth of March with the leaders of Russia, France and Germany to discuss the situation in the Idlib province.” Thus, summits and conferences are held that may last for many days and even for months, all under the guise of stopping the bloodshed of civilians and creating a safe zone for them. However, they are in fact to gain enough time pending what is agreed behind the scenes with a new look, to impose a “reality on the ground” policy by restoring the control of the Assad regime once again on the entire Syrian lands and eliminating all the great sacrifices made by the sincere ones, in order to end the oppression of this tyrannical Baathist regime.

Allah (swt) says regarding the Muslims’ duty towards their oppressed brothers and sisters, وَإِنِ اسْتَنْصَرُوكُمْ فِي الدِّينِ فَعَلَيْكُمُ النَّصْرُ “And if they seek help of you for the religion, then you must help” [Al-Anfal: 72].

The Prophet ﷺ said: «الْمُسْلِمُ أَخُو الْمُسْلِمِ، لَا يُسْلِمُهُ وَلَا يَظْلِمُهُ وَلَا يَخْذُلُهُ» “The Muslim is the brother of a Muslim, he does not surrender him, oppress him, or lets him down.”

These divine calls are disregarded by the rulers of the Muslims, who we no longer expect good from for this Ummah. They have sold the people and countries and let women and children down. How can these calls not reach your ears while you are the people of power and protection?! Did the screams of the children of Syria, who have been conspired against by every hateful being who is spiteful of Islam and Muslims, not reach you too?

Therefore, we invite you to give Nusra (support) to Hizb ut Tahrir to establish the Khilafah Rashida (rightly guided Caliphate) State on the method of Prophethood. It is the protective and fortified shield. And it is the one that will arm the armies without delay, to fulfill your duty to liberate Muslims and defend their oppressed all over the world, and you will be the protectors of the Deen!