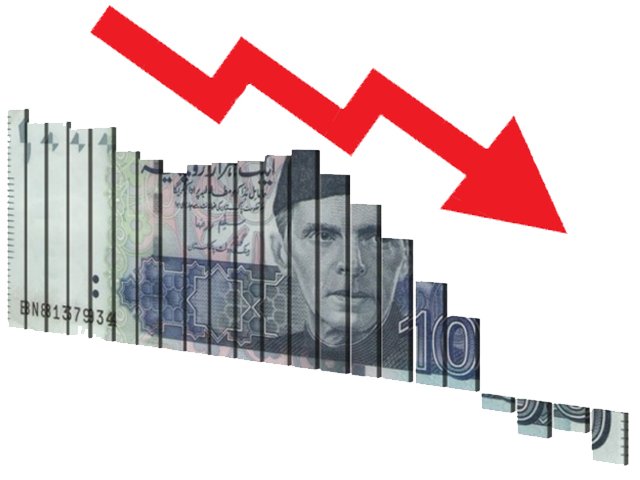 The government has set higher targets for rates of economic growth, inflation and fiscal deficits for the next fiscal year. This is partly based upon irrational exuberance about this year’s growth indicators and partly on tacit approval by IMF for an expansionary policy stance. The façade of current growth claims is evident from the on ground facts of the commodity producing sectors of the real economy, large scale manufacturing (LSM) and important crops.

In the previous two years, the LSM growth was negative, which became the basis for a technically higher growth. Significantly, the value in absolute terms in the current year is less than the value in 2018-19. The overall growth of important crops is lower than last year, which was a lot higher because of a negative base. Hence these growth figures can largely be attributed to low base effect. Low base effect is a small absolute change from a low initial amount, to be translated into a large percentage change.

However, for growth to be real and sustainable it has to be based on investment in real sectors of the economy. Growth without investment will increase inflationary pressure and will also boost imports. The inflation is already on the rise, confirming that the economy may not have much more excess capacity. The trade deficit is also touching $24 billion. For now, it is being compensated through high remittance inflows but if continued, this can lead to another current account crisis in the future.

Having sacrificed policy autonomy to IMF, Pakistan is set to go for an expansionary policy posture under the tutelage of the international lender of last resort. The IMF’s narrow preoccupation to fix the imbalances, and not the economy in general, lead to contraction of the economy which was further accentuated by pandemic induced recession. This economic slump has given way to an arithmetic spurt in growth which is unlikely to sustain in the long run. Erstwhile austerity policy conditionalities of cuts in public spending, increase in taxes and power tariffs, have negative fallout for private investment, including manufacturing.

Given the inactive business investment, the expansionary policies will end up in higher imports and higher inflation in the long run. Hence, IMF prescriptions have negative consequences on the economy in its attempts to address the balance of payments.

It is evident from these facts that capitalist policies and institutions are doing great harm to Ummah and its resources. The Messenger (saw) said,«لاَ ضَرَرَ وَلاَ ضِرَارَ» ‏“Harm (is not allowed to bring upon oneself) and nor upon others.” [Muwatta]. Recourse to IMF allows the kuffar to have dominance over our affairs, even though Allah (swt) said,

“Allah (swt) does not permit the believers to grant the kuffar authority over them.” [Surah An-Nisa’a 4:141].

The misery that the IMF prescriptions have brought us was inevitable because they contradict all that Allah (swt) has revealed. Allah (swt) warned all of humankind,

Allah (swt) has given guidance on all aspects of the economy, for truly Islam is a complete code of life. The Islamic economic system alone ensures sustainable economic well-being by creating a conducive and enabling investment environment by delineating rulings on agriculture, manufacturing and energy sectors. Indeed, only through the implementation of our Great Deen, under the Khilafah (Caliphate), will Pakistan finally be able to achieve its true unmet economic potential. Allah (swt) said,

“But seek the abode of the Hereafter in that which Allah has given you, and do not neglect your portion of worldly life, and be kind even as Allah has been kind to you, and seek not corruption in the earth. Verily, Allah likes not the Mufsidun (those who are mischief-makers, corrupted).”  [Al-Qasas 28: 77].