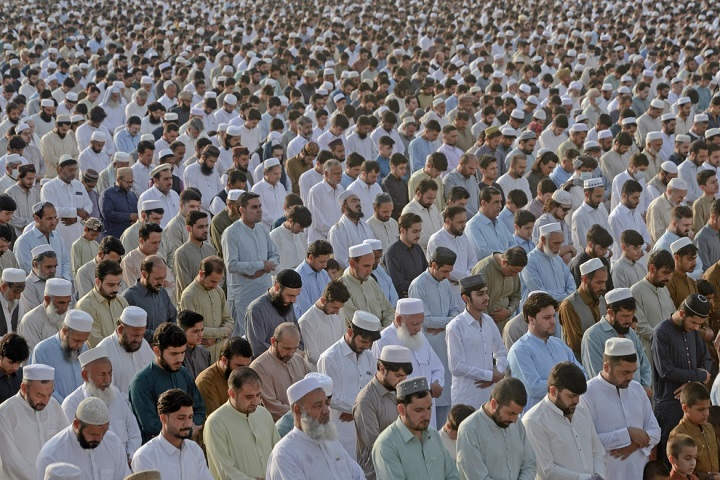 As Muslims celebrate Ramadhan globally, the world is witnessing an increase in hatred and violent attacks against Muslims. These manifestations of hatred and perpetrated violence are clearly seen in India and al-Quds in particular. With warnings of impending genocide, Muslims in India are experiencing intensification of violent clashes initiated by young Hindu nationalists who lead rowdy processions into Muslim neighbourhoods sparking confrontations. And in al-Quds, we are witnessing again the almost yearly attacks against Muslims in the Al-Aqsa Mosque by Zionist cowards a few days ago. As usual, Muslim leaders all over the world are silent over these issues and the hypocrisy of mainstream media keeps the issue under the radar. For those with iman, these are not events that can simply be ignored.

Our brothers and sisters are being terrorized and our Deen is being endlessly attacked. But for how much longer?

Comment:
It is very sad that we are forced to witness the tyranny committed by the enemies of Allah (swt) on our brothers and sisters in this glorious month of Ramadan. It hurts more to see the Muslim rulers keeping silent over this, when they do have the ability to change the situation with the power that they have. This is the atmosphere we are witnessing in India and in the blessed land of Palestine today. While celebrating the Ram Navami festival, Hindu rioters took to the streets and attacked and made hate speeches against Muslims. It was reported that the policemen who were at the scene were also involved in provoking the Muslim population. Mosques were set on fire by rioters and when police reports were made, most of those detained were Muslims. This is the oppression suffered by Muslims in India by the Hindu rulers who manifest their anti-Islamic nature openly. In the blessed land, cowardly Zionist police stormed the courtyards of Al-Aqsa in advance of mass incursions by groups of illegal Jewish settlers. Muslim men, women and children were attacked brutally by the cowards who then moved to violently expel Muslim worshippers from Al-Aqsa Mosque and the Dome of the Rock within the compound.

With the current political nuance, it may seem as if there is no way out for Muslims from these unfortunate events. However, we have within us a dormant giant. We are one united body and what we need is a strong, sincere leadership. What we need are leaders in the manner of Muhammad bin Qasim. In 711 CE, when a number of Muslim traders who sailed across the Indian Ocean were hijacked and captured, the Caliph Al-Walid bin Abd al-Malik dispatched Muhammad bin Qasim to the Indian Subcontinent. Within three years, the whole of Sindh and South Punjab was successfully opened by Muhammad bin Qasim. With the opening of the northwestern part of the Subcontinent, the Muslims had succeeded in bringing the idolaters out of the darkness of disbelief into the light of Islam. And we will never forget the liberator of Al-Quds, Salahuddin al-Ayyubi. Salahuddin united the Muslim front and crushed the crusaders in the Battle of Hittin which consequently led to the liberation of al-Quds from the clutches of the Christian crusaders. Those are the times when we had the shield of Khilafah (Caliphate) that protected us from all manners of infiltration by the kuffar.

Unfortunately, this shield disappeared on the 28 Rajab 1342 AH (3 March 1924 CE), when the traitor of the Ummah, Mustafa Kamal, with the help of the British infidels, destroyed the last remaining institution of Khilafah. Without this shield, we lost our protector. Without the Khilafah, the territories of Islam were divided, we lost our lands, our properties plundered, our dignity trampled upon and we lost all the glory and strength we had.

Brothers and sisters…if we really strive to make fasting, especially during the blessed month of Ramadhan a shield for ourselves, then we should also strive to establish the Khilafah, the shield for the glorified Ummah of Muhammad (saw). This is because Rasulullah (saw) mentioned that both these responsibilities are our shields. It is thus our responsibility to ensure that both these shields are erected and if we truly love our beloved Rasulullah (saw) and this best Ummah, then we should strive to our utmost ability to enact the Khilafah, which will serve as our saviour and a saviour to all humankind in general.