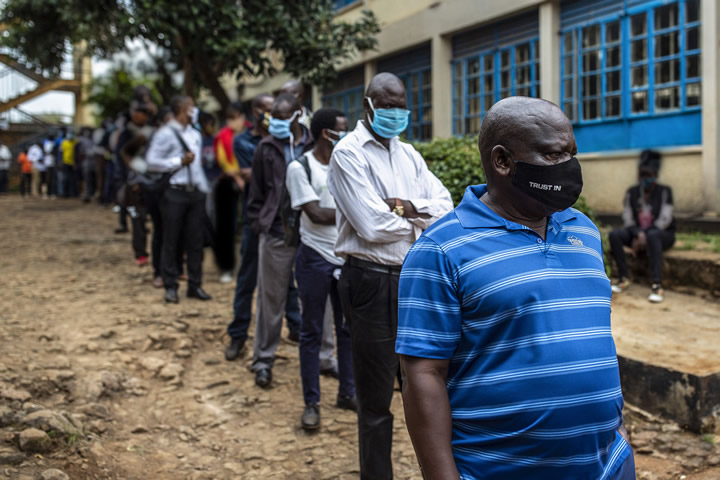 Hizb ut Tahrir / Kenya is pleased to congratulate the Muslims in the country and across the globe in general on arrival of the blessed month of Ramadhan. As we enter this month of mercy, forgiveness and redemption from Hellfire, we would like to remind Muslims in this, to read the Qur’an by internalizing the meaning and also to steadfastly abide by its teachings.

Ramadhan is entering while some regions including the Capital Nairobi are put under cessation of movement in the fight against Coronavirus, which definitely has hurt many Kenyans economically. Furthermore, our Muslim brothers and sisters in the areas will be unable to perform any congregational prayer in this entire month. We say limiting the number of worshippers in Mosques is an audacity against Islam and Muslims. We wish to reiterate in the wake of spread of pandemic disease, the noble Shari’ah of Islam requires not to shut the mosque, but the infected persons should be isolated and barred from entering it. Additionally, measures such as sterilization, wearing of masks, mass testing and washing hands should be also taken to prevent the infection.

In an already stagnant economy, Ramadhan comes while the Government’s external borrowing appetite remains high. Nairobi has entered a deal with IMF – a three-year financing package to ‘support’ the next phase of the authorities’ COVID-19 response and its plan to reduce debt vulnerabilities. The IMF lending with its deadly prescriptions will not raise the economy rather will add more economic pain to the millions of Kenyans. Since the beginning of this year the prices of basic commodities such as wheat flour, milk, cooking fat, paraffin and sugar have tripled! Unscrupulous economic policies founded on Capitalism, which state that price is the determinant factor in the production and consumption of the commodities, makes the capitalists control the production and the distribution of commodities. This indeed should be a stark reminder that Capitalist regimes do not care for the interests of its own citizens.

Indeed, Ramadhan should bring good to the entire Muslim population, but the situation of the Ummah especially in the Muslim world is horrific. The Muslims in Myanmar, Syria, Palestine, and Yemen are still facing longstanding oppressions. Indeed, these sufferings are due to the absence of the Qur’an’s application in their entire lives. The Muslim Ummah should understand the sufferings will only end when they implement one of the compulsory obligations by re-establishing the Khilafah (Caliphate) upon the method of the Prophethood in one of the great Muslim nations.

As we live today in a secular liberal society that has viewed religion as a part-time issue, we should understand that Islam is a comprehensive Deen of life hence we are commanded to fully implement it in all political and socio-economic matters.

We finally ask Allah (swt) to give us the strength to attain the objective of fasting mentioned by Allah (swt) which is Piety, the highest rank for a Muslim compelling him/her in abiding Allah’s commands.