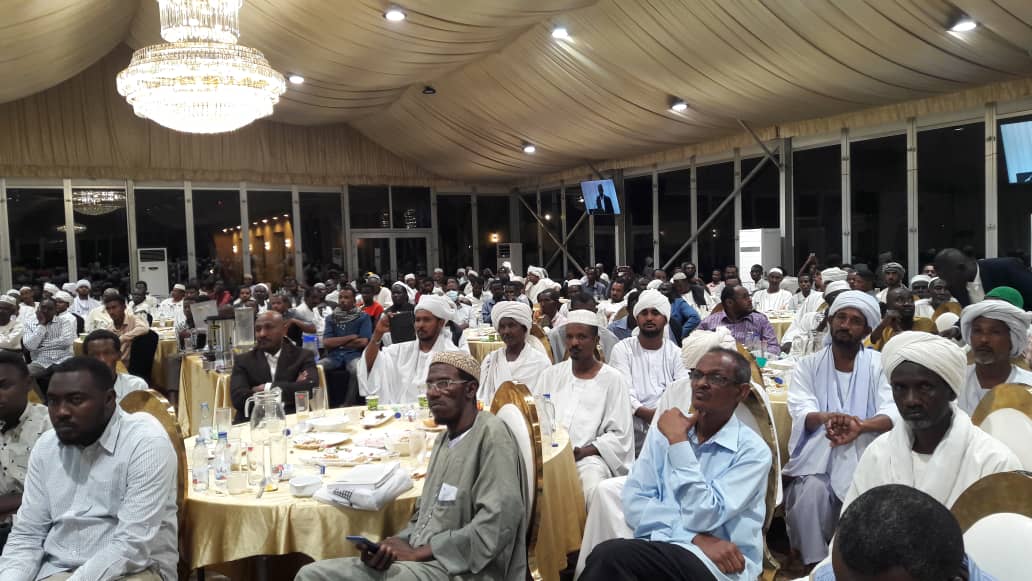 On Saturday, 22 Ramadan 1443 AH corresponding to 23/4/2022 CE, Hizb ut Tahrir / Wilayah of Sudan organized a Ramadan Iftar in its office in El-Obeid City. Notables and dignitaries, heads and members of political parties, lawyers and others were invited. In addition, a political event was held after the iftar addressed by Ustadh Ibrahim Othman Abu Khalil, the official spokesman of Hizb ut Tahrir / Wilayah of Sudan. He spoke about the current difficult political situation, elucidating that the only way out of the Ummah’s manufactured crises is to establish the system of government defined by Islam; which is the Khilafah Rashida (rightly-guided Caliphate) on the method of Prophethood, and that this Khilafah (Caliphate) is an obligation on the Ummah to work to establish it, and whoever does not work to establish it is a sinner. He concluded his speech by inviting the attendees to work with Hizb ut Tahrir to establish the Khilafah Rashidah on the method of Prophethood.

The attendance at the annual Iftar this time was selective. We mention, for example, but not limited to, some of the notables and personalities who attended the iftar and the event, they are:

6. Al-Tijani Abdul-Wahab, head of the Justice Party in Sudan

18. Abdel Moneim Babiker, a leader from the Umm Qilji region

19. Issa Musa, one of the notables of the Ajajik region