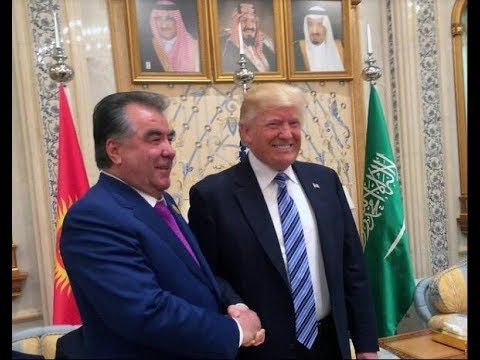 On the 2nd of January 2020, Emomali Rakhmon signed a series of laws adopted by the Majlisi Namoyandagon (Lower House) and supported by the Majlisi milli (Upper House). Among these laws is the law “On Countering Extremism.” It is reported also that the new law was developed by the General Prosecutor of Tajikistan in pursuance of instructions from the president.

Recall that at the end of 2018 Emomali Rahmon in his message to the country’s parliament said that the current law on countering extremism does not meet modern requirements, after which, from the beginning of 2019, the Office for Combating Terrorism and Extremism of the General Prosecutor’s Office of the Republic of Tajikistan began to develop this bill. According to the official version, the goal of the initiative is “to prevent the involvement of citizens of the country in the terrorist and extremist organizations and movements, as well as the return to their homeland of people who had previously joined foreign radical groups.”

Experts are perplexed at the need for the new law while the country already has the law “On Countering Extremism,” adopted in 2003, which the Rahmon regime is using to prosecute any Islamic movement uncontrolled by the authorities and any manifestations of Islam in life of people of the country. It’s no secret that the country does not allow hijab, all Islamic madrasahs and thousands of mosques are closed, teaching the religion to children at home and visiting mosques by children are prohibited, and so on. Observers believe that the regime needed a more detailed law in order to have all the legal grounds for its actions, so that no one could challenge their actions and be in conflict with the law.

For example, in December 2019, a resident of Dushanbe Nilufar Rajabova, who was detained during a raid against wearing a hijab and fined for “hooliganism,” filed a complaint against police officers with the General Prosecutor of Tajikistan. She previously told the media that she had been insulted and humiliated in the building of police Sino-2, where she was taken after the police raid.

In connection with this incident a Tajik blogger living abroad, Sherzod Makhmadjonov, made a recorded phone call to the presidential administration. The employee of administration in response to a question about wearing a hijab, admitted that this is prohibited in Tajikistan. At the same time representatives of Tajikistan on international meetings publicly state that persecution of religion in their country, as well as the prohibition of wearing Islamic clothing does not exist. This is also an example of collision and confusion over the hijab, last year’s different officials and clergy in Tajikistan have been making conflicting each other statements about wearing the hijab, and sometimes even statements that are conflicting to their own previous statements.

Thus, although the Rakhmon’s regime is not at all worried about violating existing legislation and adopting conflicting laws, Tajikistan is far from so-called “rule of law,” however, the authorities still have to systematically improve the anti-Islamic legislation of the country in order to prevent activists from challenging these or the actions of the authorities in a judicial and supervisory order, thereby creating informational reasons and influencing public opinion.