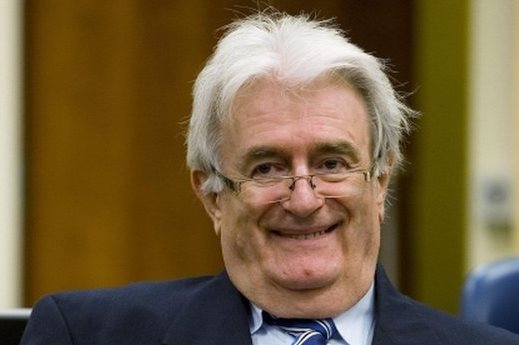 Former Bosnian Serb leader Radovan Karadzic was found guilty of genocide on the 24th of March over the Srebrenica massacre and crimes against humanity committed during the 1990s war in the former Yugoslavia.

United Nations judges at the international tribunal in The Hague said Karadzic was guilty of 10 of the 11 counts brought against him during the five-year trial, and he was sentenced to 40 years in prison. Karadzic, 70, is the highest-ranking person to face a reckoning before the UN tribunal over a war two decades ago in which 100,000 people were killed as rival armies carved up Bosnia along ethnic lines.

Presiding Judge O-Gon Kwon said Karadzic was criminally responsible for extermination, murder, attacking civilians, and terror for overseeing the deadly 44-month siege of the Bosnian capital, Sarajevo, during the 1992-95 war.

In its judgment, the Court found Karadžić guilty of genocide in respect to Srebrenica. But crucially, he was found not guilty with respect to other charges of genocide. Some Bosnians outside the tribunal denounced the 40-year sentence saying it was grossly inadequate for the mass crimes committed.

“Genocide didn’t only happen in Srebrenica but across all of Bosnia and Herzegovina as well as persecution, suffering and everything we lived through,” said Zumra Sehumirovic outside the court.

Once again the capitalist justice system has proved their inability to provide any worldly definition of the term. Despite the hundreds of thousands of lives lost, Karadic is sentenced to 40 years, an age many of his victims did not live to see.

Although the media reports that Karadic was found guilty for 10 out of the 11 charges against him, he was not found guilty of the last charge, which considered the multiple atrocities that took place in detention camps across Bosnia, in Trnopolje, Omarska, Vlasenica, Bijeljina, Kljuć, Sanski Most, Brcko, and in many other towns. In the small town of Foça, the entire Muslim population was killed or expelled, and another rape camp established in place of human life. The Court examined these instances in detail and, shockingly, found that the threshold for genocide had not been met in these cases.

Furthermore, we must remember that the events in Srebrenica were not one-off instances of mass atrocities, but rather formed part of a broader pattern of systematic violence which tore the whole country apart. Such atrocities were also the result of the long-term dehumanisation of the Bosnian Muslim population, such that these events were deemed acceptable by the rest of society, and the international community remained silent. This has also not been recognised by the International Criminal Court. Rather, such a narrative continues today with the mass media propaganda against Muslims, particularly in regards to refugees entering Europe from Syria, Libya, Afghanistan and elsewhere, who are frequently described as “cockroaches” and “vermin” in Europe.

This case provides further evidence, if any more was needed, that such international institutions that claim to promote justice and neutrality cannot be relied upon to resolve affairs of conflict and war. Punishment escapes those with sufficient influence and wealth, as was clear from the war criminal Tony Blair being appointed to the position of Quartet Special Envoy to the Middle East in 2007. When faced with present day conflicts such as Syria and Iraq, Muslims must not fall into the trap of calling upon such organisations to mediate affairs, but rather look to Islam and its holistic implementation via the correct Islamic Khilafah State upon the method of the Prophethood to resolve such issues.