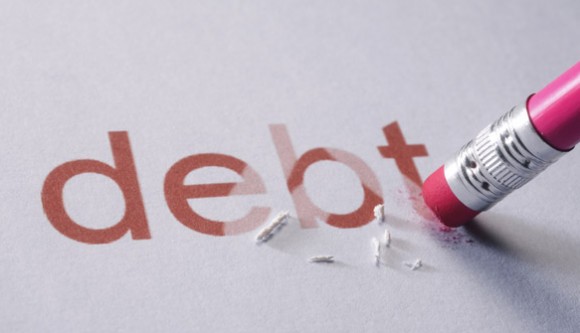 As Salaam Alaikum Wa Rahmatullah Wa Barakatuhu our honourable Sheikh, and warm greetings to you.

I have a question regarding Zakat and debts, I hope you have the time to answer my questions.

My father has a lot of debt. Now it is customary with us that we do not distinguish between the money or debts of the father and the son. That means his debts are also mine automatically and we both work to settle them. But how is this explained in Islamic law, especially from the perspective of Zakat? Is the debt on my father only and he is freed from the Zakat or do we both have to pay the debt?

Barkallahu feekum، May Allah protect you and warm greetings to you from the Shabab (members) in Germany.

A) The son does not inherit all the father’s money but shares it with others, Allah (swt) said:

“Allah instructs you concerning your children: for the male. What is equal to the share of two females”

“And for one’s parents, to each one of them is a sixth of his estate if he left children”

Allah (swt) gave others the right to share with the father the inheritance of the son. Therefore, it is impossible that the money belongs to the father during the life of his son and later some of it belongs to other than the father. Allah says in the verse of inheritance:

“And for one’s parents, to each one of them is a sixth”

B) Before the inheritance is distributed, the father or the child may recommend and carry out his will whether it pleases or does not please the child or the father, and before that his debt must be repaid before the inheritance is distributed, indicating that the deceased’s estate is his property and not the money of his father or child. Allah Azza Wa Jal says:

“After any bequest he [may have] made or debt”

“ (the ninth) If he has a debt then this is given priority to Hajj  with no dispute but he prioritizes Hajj over the debt of his father, whether we say: Hajj immediately or at his pace, and whether the debt is deferred or immediately. This is mentioned in At-Tiraz and the text is: ‘if he has a debt and money, it is better to pay the debt than the Hajj, Malik said this in Al Muwaziyah. He was told: ‘If his father had a debt, should he pay that debt or go to Hajj.’ He said: ‘He should perform Hajj and this is clear because Hajj is his debt, immediately or at his own pace, and the debt of his father is not his obligation, not immediately or postponed. To carry out an obligation overrides that which is not an obligation’”) end of quote

3- Thus the hadeeth of (you and your money) is understood:

He said: Abu Baker, may Allah be pleased with him, said: “But my money and I are yours, O Messenger of Allah, Abu Baker that he will carry out all the orders and commands of the Prophet on him and his money just as the owners of things are in full charge on what they own. And this was the saying of the man who asked in the Hadith above and it carries the same meaning, and Allah knows)

Also, it was extracted by Ibn Habban in his Sahih: ( from Ayesha (ra) that a man came to the Messenger of Allah ﷺ who had a dispute with his father about his father’s debt. The Messenger ﷺ said: «أنت ومالك لأبيك» “You and your money belong ot your father”). Abu Hatim said the meaning is that the Messenger rebuked the man from treating his father like a foreigner, and ordered him to show leniency and kindness in both saying and action to until he gets his money, and he said to him that he and his money belong to his father, not that the money of the son owned by the father in his life without the son’s consent. Ibn Raslan said: The Lam (letter) is for permissibility and not property, but the money of the son is his property and he must pay its Zakat and it is inherited from him.)

4 -Therefore, you pay zakat on your money, and your father will pay Zakat on his money if it reaches the nisaab and one year passes over it  if there is no debt on the money. If he pays the debt, he can pay Zakat on the remaining money if it is more than the Nisab because the stronger opinion we follow is that the debt frees a person from zakat if all money is used up or was less than the Nisab. In our book “Funds in the Khilafah State”, when we talk about Zakat on debt page 150, the following is stated:

(Whoever has wealth, which has reached the Nisab and a year has passed over it, and has a debt which engrosses the Nisab or renders the remaining wealth after repaying the debt less than the Nisab does not pay any Zakat. For example, if one possesses 1,000 Dinars and owes 1,000 Dinars, or if one possesses 40 gold Dinars and is indebted by 30 gold Dinars, there is no Zakat upon him in these two cases as he does not own the Nisab. From Nafi from ibn ‘Umar who said: The Messenger of Allah said: «إذا كان لرجل ألف درهم، وعليه ألف درهم، فلا زكاة عليه» “If a person has 1,000 Dirhams and is in debt of 1,000 Dirhams, then there is no Zakat upon him.” Mentioned by Ibn Qudama in Al Mughni.

When the wealth, after paying the debt, reaches the Nisab, then Zakat is obligatory upon him due to what was narrated by As-Saib b. Yazid who said: I heard Uthman b. Affan saying: “This is the month of your Zakat. Whoever has a debt should pay it so that you give the Zakat on your wealth.” In another narration, mentioned by Ibn Qudama in Al Mughni: “Whoever has a debt should pay it off and pay Zakat on his remaining wealth.” He said this in the presence of the Sahabah who did not deny it; thus, this indicated their consensus (Ijma’a)). That was the end of quote from the Book Funds in the Khilafah State.

Therefore, if the father of the questioner has money that reached the nisaab and passed the year and has a debt, then he deducts the debt from his money. If the debt takes all the money, or if some remains from it that is less than the Nisab, he will be free from paying the Zakat. If his money that remains is more than the Nisab, then he pays Zakat on what remains of the money after deducting his debt.

As for the children of the debtor “the father”, they are not obliged to pay the debt as understood from the question, but it is a debt on their father and it is his obligation not theirs. What they are doing is helping their father to pay off his debt which is a matter of righteousness for the parents (Bir Alwalidain). A matter that Islam encourages immensely, وَبِالْوَالِدَيْنِ إِحْسَانًا “and to parents, good treatment” (Al-Isra’: 23)