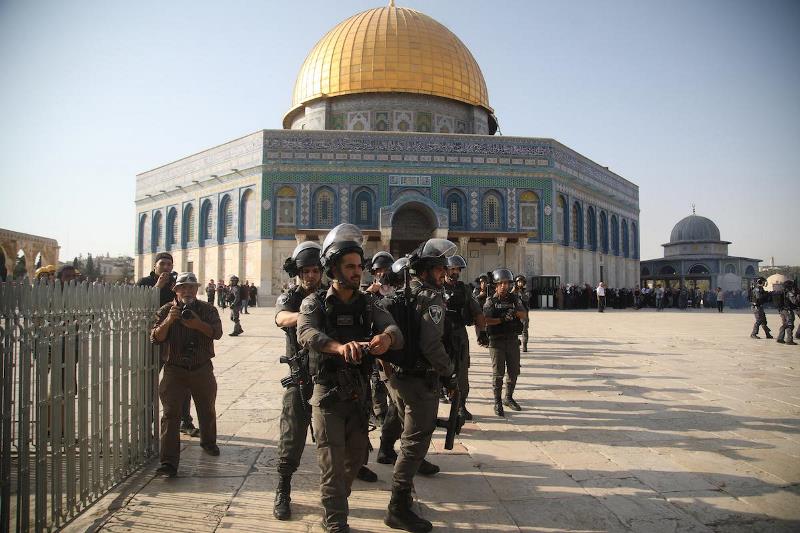 It is known that the whole of the land of Palestine is usurped by the Jews, and there is a lot of usurped real estate and lands and their real owners are unknown. Some of these land ownerships are given by the Jewish state for individuals or companies to invest in them with their own projects. I live in Palestine and I was offered to rent a property (a commercial shop) in a building owned by a Jewish person on usurped land in a village in Palestine, and the owners of this land are unknown (they are either refugees or displaced).

Is it permissible to rent this property? If the real owners of the land are unknown, is the ruling different? Or is it treated as a usurped land, and it is not permissible to utilize in a sale, purchase, or lease?

May Allah bless you, our honourable Sheikh, and gives you physical strength and increase in your knowledge, and may the victory be by your hands.

My brother, the usurped wealth belongs to its owner, so it is not permissible to purchase or rent it from the usurper; the details are as follows:

The stolen or usurped wealth belongs to the owner wherever he finds it. Ahmad narrated on the authority of Samra that he said: The Messenger of Allah ﷺ said: «إِذَا سُرِقَ مِنَ الرَّجُلِ مَتَاعٌ، أَوْ ضَاعَ لَهُ مَتَاعٌ، فَوَجَدَهُ بِيَدِ رَجُلٍ بِعَيْنِهِ، فَهُوَ أَحَقُّ بِهِ، وَيَرْجِعُ الْمُشْتَرِي عَلَى الْبَائِعِ بِالثَّمَنِ» “If a man’s luggage was stolen from him, or he lost his luggage, and found it by a certain man, he has more right over it than that man, and the buyer must return to the seller the price”. This text says that the stolen wealth belongs to its owner. The Prophet ﷺ also said: «عَلَى اليَدِ مَا أَخَذَتْ حَتَّى تُؤَدِّيَ» “The hand should give back what it took”, (Narrated by Tirmidhi and he said its Hassan Hadith). This is regarding the usurped wealth.

And so, whoever usurped a land has committed a crime and a severe sin. This is due to the Hadith: «من ظلم قِيدَ شبرٍ من الأرض طوّقه من سبع أرضين» “Whoever commits injustice over an inch of land; each one of the seven earths will surround him (strangle his neck on the Day of Judgment)” (Narrated by Muslim from the Hadith of Aisha (ra)). In other words, whoever has usurped any of the land, big or small, deserves Ta’zir punishment, and must give back what he took in the state when it was usurped in to its owner; this is due to the saying of the Prophet ﷺ: «عَلَى اليَدِ مَا أَخَذَتْ حَتَّى تُؤَدِّيَ» “The hand should give back what it took” (Narrated by Tirmidhi). If the usurped item is damaged by the usurper or was changed, like if he cut a cloth, or smelted the molten metal, or slaughtered an animal, the usurper must guarantee its value.

Therefore, if you know that the thing is stolen or usurped, do not buy it, do not rent it, and if you suspect it is usurped, then do not buy it. The Messenger ﷺ says: «دَعْ مَا يَرِيبُكَ إِلَى مَا لَا يَرِيبُكَ» “Leave that which makes you doubt for that which does not make you doubt” (Narrated by At-Tirmidhi from Al-Hassan Bin Ali (ra). At-Tirmidhi said: this is a Sahih Hassan Hadith).

So, Allah forbade that rent, so look for another property to rent out, and may Allah bless it for you and that it will be good for you in your Deen and Dunya, and whatever that usurped property is, do not regret not taking it. May Allah be with you.