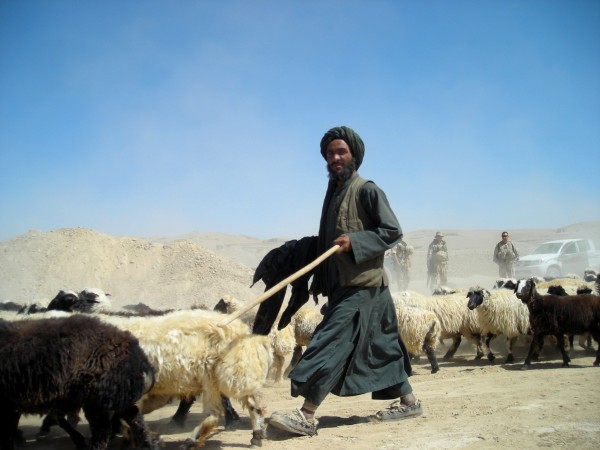 Our honourable Sheikh, in Afghanistan we have a transaction that we do not know its ruling, and it is quite common, this is what it entails: The poor person will take a one year old calf or a ten month old calf from its owner and raises it for a year or two, if it was a female and it became pregnant and gave birth, then the poor person will take its newly born calf and its milk, and hands over the cow back to its owner or he will sell it and share its price in half with the owner before it gives birth. If the cow is a male, then the poor person will sell it and share its price in half, or they keep it but share its benefir between them, the first transaction is called Diwani and the second is called Nisfaki, is this contract valid or not?

From the conditions of hiring in Islam is that the wage if mentioned must be known and not unknown, it is mentioned in the book “ The Economic System of Islam” under the title “Wage for Work” page 83, in the English version (Arabic version 91):

“It is stipulated that the property paid in return for hiring should be known by such witness and description so as to remove any uncertainty about it. Because the Prophet ﷺ said: «إذا استأجر أحدكم أجيراً فليعلمه أجره» “Whosoever hired a person he has to inform him about his wage.”

So they were entitled to their provision and clothing as a wage for suckling. If this was allowed in the case of the nursing mother then it is allowed in other cases because such case are all considetred as questions of hiring.”

Therefore the hired item must be absolutely known when it is mentioned leaving no vagueness, so it can be returned without a conflict. This is because in origin contracts are to remove conflicts between people. This is why the item or object hired must be known for the saying of the Messenger ﷺ: «إذا استأجر أحدكم أجيراً فليعلمه أجره» “If anyone of you hires a worker, he has to inform him of his wage” Narrated by Ad-Darqitni from Ibn Mas’oud, and what Ahmad narrated from Abi Sa’eed that the Messenger ﷺ forbade hiring a worker without explaining to him his wage. However if the wage was not defined,  the hiring would be contracted and will be valid. In the case of conflict over the wage  then reference is made to an equivalent wage. The subject is mentioned and can be found in all its details in the Book “ The Economic System of Islam”, the chapter of hiring.

Hence, your question as far as I understand is as following:

The poor person takes a one year old or a ten month old calf and takes care of it for year or two, and his wage is: if the calf that he takes care of is a female and he raises it until the cow grows in this case:

a- If it gives birth during this time then his wage is the new born calf and its milk then he hands over the cow back to its owner.

b- Or he takes half the price of the cow if he he sells it before it gives birth as his wage instead of looking after it during that time.

If the calf taken by the poor person to care for it was a male then the wage is after caring for it for a year or two is:

c- The owner and the poor person sell it and share its price in half.

d- Or they keep it and share its benefits in half between them.

If my understanding of the above is correct:

The the Shariah ruling in this case depends on whether the wage is known or not, and the time of caring and raising of the calf must be known and specified, and the answer is as follows:

– point a- (above), this contract is not allowed, because the wage is what in the woumb of the female and that is unkown.

– point b- (above) the wage is known because it is half of the price of the cow when he sells it at a specific agreed time, so this is allowed.

– point c- (above)That the wage of the poor person is half the price of the calf when it is sold in a specific agreed time, this is allowed.

– point d-(above) It is necessary to specify the benefits (from the cow) that will be shared in half, so that it will be known clearly for it to be allowed, if the benefits are not known, then this is not allowed.