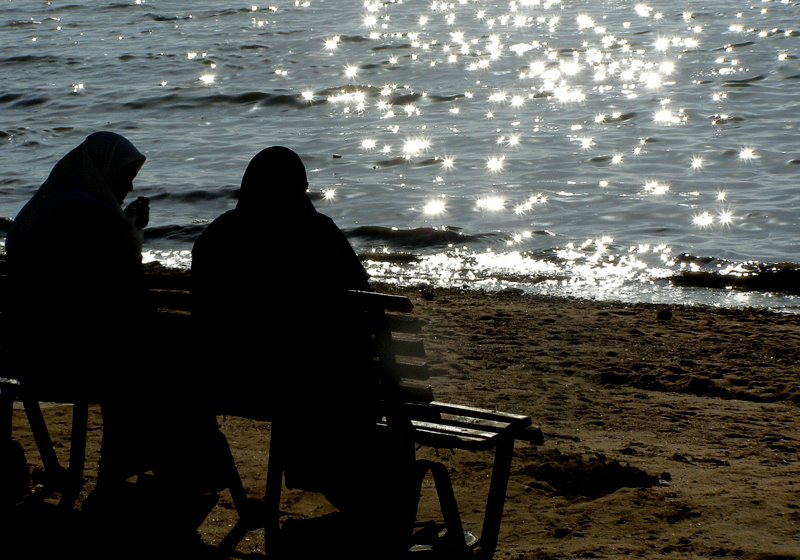 My question to our honourable Sheikh, may Allah bless you and increase your knowledge and grant you good health, I would like the tafseer of the verse in Surat An-Noor, after seeking refuge in Allah from the cursed Shaiytan:

Who are the Qawa’id women exactly? What are the rules related to them? Is the “have no desire for marriage” specific to age? If so, then what is the age range? Or is it more to do with the physiological change that women experience known as menopause, which is not restricted (by a certain age). Jazak Allah Khair and May Allah deliver the victory through you.

Regarding your question on the Qawa’id women in the noble verse: وَالْقَوَاعِدُ مِنَ النِّسَاءِ “And the Qawa’id Women (of Post-Menstrual Age)”.

Here is the following:

The method followed in tafseer, is to review the Shariah understanding first, so we search for a tafseer in a Shariah text, if we find it we adopt it, and if there is no tafseer found then we resort to the language because Qur’an was revealed in Arabicوَإِنَّهُ لَتَنْزِيلُ رَبِّ الْعَالَمِينَ * نَزَلَ بِهِ الرُّوحُ الْأَمِينُ * عَلَى قَلْبِكَ لِتَكُونَ مِنَ الْمُنْذِرِينَ * بِلِسَانٍ عَرَبِيٍّ مُبِينٍ… “And indeed, the Qur’an is the revelation of the Lord of the worlds. The Trustworthy Spirit has brought it down. Upon your heart, [O Muhammad] – that you may be of the warners. In a clear Arabic language” [Ash-Shu’ara: 192-195] إِنَّا أَنْزَلْنَاهُ قُرْآنًا عَرَبِيًّا لَعَلَّكُمْ تَعْقِلُونَ “Indeed, We have sent it down as an Arabic Qur’an that you might understand” [Yusuf: 2].

What I know is that there is no tafseer mentioned in a Shariah text regarding the Qawa’id women (women of post-menstrual age), this is why we turn to the language for the tafseer of the word “Qawa’id”.

According to the language the word “Qawa’id” is used for women, it is the plural of the word “Qa’id”, so we say that the woman is Qa’id (lumbered, heavy and slowing down) and “Qawa’id” women (lumbered); the meaning of Qu’ud (lumbered and slowing down) is due to age, i.e. it is due to old age. A “Qa’id” (lumbered) woman, i.e. she is lumbered and slowing down due to her old age, but if we mean that she is a sitting woman, in the language we say that she is “Qa’ida” (sitting) woman, and we don’t say that she is “Qa’id”. Therefore the meaning of “Qawa’id women” is those who are lumbered and slowed down due to their old age, in other words, they are the old women who do not partake in the pleasures of life from experiencing menstruation, having children, or with a husband, i.e. they do not desire marriage and are not desired for marriage, that the menstrual cycle has stopped, and can no longer have children, i.e. they are not  young women who do not want to get married, and are not women going through menopause (as they say), i.e. that their menstrual cycle has stopped and they cannot have children, but they desire and are desired for marriage. That is not the case, because menopause may start after the age of forty or after fifty…and a woman desires and is desired for marriage, therefore the meaning of “Qawa’id women” in the noble verse: is the old women who no longer have menstruation and cannot bear children, and are those who do not want to get married, they do not desire marriage, and they are not desired for marriage… they are the Qawa’id women.

To clarify the meaning of “Qawa’id” in the language and in tafseer, I mention the following:

First: the meaning of “Qawa’id” in the language if it is related to women:

It is stated in “Lisan Al-Arab”: ((A woman Qa’adat (stops) from getting a menstrual cycle or having children, (taqu’ud-Qu’oodan (in Arabic)), and she is Qa’id: it stops from her, and the plural is Qawa’id. In “Tanzeel”: the Qawa’id women. Az-Zajaj said in the tafseer of the verse: they are the ones who cannot get married. Ibn As-Sikeet: a Qa’id woman is the one whose menstruation stops, if you mean sitting then she is said to be Qa’ida. Abu Al-Haithum: The Qawa’id is a description given to women, not men; you do not call men Qawa’id. Qawa’id: is the plural of Qa’id and it is the old woman, Hence if you mean sitting (Qu’ood) you would say: Qa’ida. Abu Al-Haitham said: Qawa’id is a description of females, men are not said to be Qaw’id; Qawa’id: is the plural of Qa’id, it is the woman who is old, it is pronounced without the letter “Ha” in the end, meaning that she stopped (from menstruation and desires for marriage) (of Qu’ood). But “Qa’ida” is the one who does the action of sitting from the word “Qa’adat Qu’oodan” its plural is also “Qawa’id”)) End of quote.

Under the letter “wow” from Al-Majaz: the Qa’id woman “is the woman who stops from the ability to have children, and menstruation and marriage”, the plural is Qaw’id. Ibn Al-Atheer said: Al Qawa’id: is the plural of Qa’id, she is the old woman, it is pronounced without the letter ”Ha” in the end, i.e. she is of Qu’ood (stop), as for the the Qa’ida she is doing the action (sitting) it is from (Qa’adt Qu’oodan), and the plural is also Qawa’id) end of quote.

In Tafseer Al-Qurtubi: (Surat An-Noor 24: verse 60) His سبحانه وتعالى saying: وَالْقَواعِدُ مِنَ النِّساءِ “And the Qawa’id women” the plural of Qaw’id is Qa’id without the letter “Ha” in the end. This means it is the Qu’ood of the old age. Al-Qawa’id: are the old women who stopped in action due to age, and no longer can have menstruation and children. This is the understanding of the majority of scholars.

In Tafseer of An-Nasfi: (“Madarik At-Tanzeel Wa Haq’iq At-Ta’weel” (519/2)): Al-Qawa’id is the plural of Qa’id because it is a description specific to women, like Taliq (divorcee) and Ha’idh (going through menstruation) i.e. those women who stopped from getting menstruation and bearing children because of old age and their situation (hal (in grammar)) is that اللاتي لاَ يَرْجُونَ نِكَاحاً “they do not desire marriage” i.e. that they do not hope for (marriage).

Third: In conclusion, the Qawa’id women are the old women who due to their old age have stopped menstruation and cannot have children, they cannot get pregnant or give birth, and in addition they cannot get married as they do not desire it and they are not desired for marriage…i.e. they stopped from all of these things.

I wish that the subjects has been clarified to you, Allah be with you.