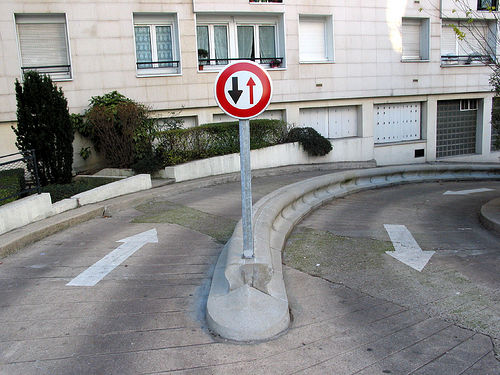 It was mentioned in the book of The System of Islam (on page 11, Arabic Edition) as follows: “…because his understanding of the organization of man’s instincts and organic needs is liable to disparity, differences, contradiction…”  It is my understanding that the terms disparity (Tafawot) and difference (Ikhtilaf) were synonymous, that is they have one meaning or close meanings. However, the difference between them is that every disparity is vilified, and that is why Allah denied it on His Action when He said:  ما ترى في خلق الرحمن من تفاوت “You do not see in the creation of the Most Merciful any inconsistency” [Al-Mulk: 3]. And some types of differences are not vilified, do not you see that Allah سبحانه وتعالى says: وله اختلاف الليل والنهار “and His is the alternation of the night and the day.” [Al-Mu’minun: 80]. For this type of difference indicates the awareness of the perpetrator, while the disparity indicates the ignorance of the perpetrator. What I mean is that disparity does not exist in Shari’ah rulings and in matters of Aqeedah, as opposed to differences which are found in the Shar’a rulings. But some of our brothers claimed that these two words mean two different things, that is, the word difference (Ikhtilaf) means on two opinions and there is a difference between them, but both are right and both lead to the aim. And that the word disparity (Tafawot) also means between two opinions and their is difference between them, and the difference is that one of these two opinions is correct and the other is wrong, that is one of these two opinions leads to the aim, and the other does not lead to it.

Please O Sheikh explain and clarify what is meant by these two words: differences and disparity that are mentioned in the book?

The text that you refer to in the book of The System of Islam is the following:

“Further evidence of the people’s need for messengers is that the satisfaction of man’s instincts and organic needs is a necessity. If this satisfaction were left without a system, it would lead to an erroneous and abnormal fulfilment and thus result in man’s misery. Therefore, it is necessary to have a system to organize man’s instincts and organic needs. This system does not come from man, because his understanding of the organization of man’s instincts and organic needs is liable to disparity, differences, contradiction and is influenced by the environment in which he lives. Thus if this organization was left to man, the system would be liable to disparity, differences and contradiction and would lead to man’s misery. Therefore, this system must come from Allah.”

So as for their meaning it is as follows:

1. The disparity in understanding of the organization of instincts means diverse understandings, vastly apart from one another, and usually these understandings are permeated by defects and deficiencies as a result of ignorance and confusion and lack of a basic rule upon which the understanding is built, whether this disparity is between two views of the same person today and tomorrow, or the views are for two individuals. So the disparity between them in organizing the instincts is that the views diverge a great deal and without an intellectual criterion to either of them, rather this distancing is mixed with ignorance and confusion. Thus, often the two opinions regarding the organization of the instincts are wrong… and rarely one of them is correct… but never both opinions are correct. This is due to what the word disparity (Tafawot) carries in the language of the vast divergence of opinion between two views mixed with ignorance and confusion.

It is worth mentioning that this meaning of disparity is in the people’s understanding and their opinions… As for Allah’s creation in the universe, there is no disparity because the disparity is mixed with defects and deficiencies and is not spared from ignorance and confusion, and this does not exist in Allah’s creatures. أَلَا لَهُ الْخَلْقُ وَالْأَمْرُ تَبَارَكَ اللَّهُ رَبُّ الْعَالَمِينَ  “Unquestionably, His is the creation and the command; blessed is Allah, Lord of the worlds” [Al- A’raf: 54] Whilst the difference in the creation’s appearance, such as the shape and the appearance of the sun differ from the shape and the appearance of the moon, and the night differs from the day, this difference exists in the universe creatures. وَكُلُّ شَيْءٍ عِنْدَهُ بِمِقْدَارٍ “And everything with Him is by due measure” [Ar-Ra’d: 8] وَخَلَقَ كُلَّ شَيْءٍ فَقَدَّرَهُ تَقْدِيرًا “and has created each thing and determined it with [precise] determination” [Al- Furqan: 2].

According to Mukhtar al-Sihah dictionary:

Fa wa ta: he missed “Fatahu” something… and two things diverged “Tafawata”: disparity distanced between them…

he missed “Fatahu” the matter, “Fawtan” and “Fawatan”: it passed him… and two things diverged “Tafawata”: disparity distanced between them… and ما تَرَى في خَلْقِ الرَّحْمنِ من تَفاوتٍ “You do not see in the creation of the Most Merciful any inconsistency” [Al-Mulk: 3]. means: fault…

According to Lisan al Arab:

Fawt: Alfawt: Alfawat. Someone “Fatani” passed me, and “Futtahu” it passed him, and “Fatani” I missed it, Fawtan and Fawatan: it passed me… In the revelation from the Exalted in Might, ما تَرَى في خَلْقِ الرَّحْمنِ من تَفاوتٍ “You do not see in the creation of the Most Merciful any inconsistency” [Al-Mulk: 3]. Meaning: you do not see in the heavens created by the Almighty difference, nor confusion… And two things diverged “Tafawata”: disparity distanced between them…

2. The difference in the understanding of the organization of instincts means diverse understandings, that are varied in accordance with the criterion of this person and that. So the first one sees that the ownership of property has its reasons and he follows these reasons, and that increasing of property has its reasons that he takes, and the other one sees reasons other than the reasons taken by the first person… Therefore, this difference may be correct and incorrect, according to the criterion it is built upon because, it is based on a certain criterion, thinking, and planning about understanding the organization… etc. Such are the different doctrines and thinkers… so some of them may be correct and some may be mistaken according to the followed intellectual bases… Therefore, it is often that one of the two opinions are correct… And it can be for each of the two opinions an aspect of correctness according to its adopted criterion such as the owners of the doctrines and some intellectuals… And the two different opinions could be both wrong…

And the two things “Takhalafa” and disagreed: they did not agree. And all what did not come equal, they differed and disagreed.

3. Contradiction: is that the variation between people in understanding and judgment amounts to a total contradiction in all aspects of the same question, as if one of the two views destroys the other.

To illustrate the difference between these three we will mention the example of the survival instinct – and one of its manifestations is ownership:

– the difference in this matter is if one believes that he increases his ownership by the company of ‘Anan (partnership by body & finance) and the other sees by the share company, that is by a different reason…

4. Influenced by the environment: this is the fourth factor affecting human understanding of things because everyone is raised up in a specific environment in which there are prevailing rulings, and his mind is affected without a doubt positively and negatively by the environment around him. The environment may affect him and so he relishes things that are not relished by another person living in another environment. Or his environment may affect him such that he detests some of what is prevalent and he alienates himself from them and does not relish them… So if the organization of the instincts is left to man then his environment may become a source to his understanding and his rulings… Thus it is a mistake to take rulings from the reality, instead the reality should be the subject of the treatment rather than its source.

These four things make man’s rulings in the organization of the satisfaction of the instincts and organic needs imprinted by them, and so the human rulings come with disparity, differences, contradiction and influenced by the environment in the same issue… Therefore, the human mind is unable to find the correct organization to satisfy their instincts and organic needs… Whereas the system which comes from Allah سبحانه وتعالى it is from the Creator of human beings and is not liable to these four things, thus it is the right system, which we must proceed accordingly… and that is the Haq. فَمَاذَا بَعْدَ الْحَقِّ إِلَّا الضَّلَالُ “And what can be beyond truth except error? So how are you averted?” [Yunus: 32].