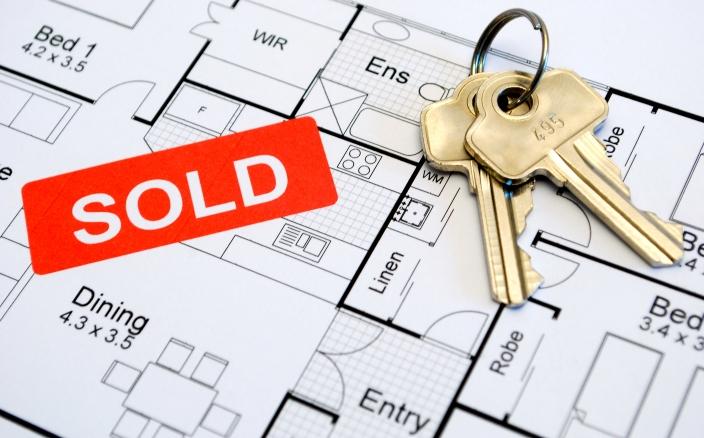 My brother, may Allah protect you

Do you have a clear answer to this question?

Are the property development companies (FOPROLOS) advance credit sale (As-salam) or not? Is this permissible according to Shariah, i.e., to acquire a house before it is built?

You ask for two things:

The first: Is selling houses before their construction considered As-salam (advance credit sale) or not? It is understood from your question that if it is As-salam then it is permissible, since As-salam is permissible…

Secondly: Is it permissible to sell houses before they are built?

As for the answer to the first question, the sale of houses before they are built does not fall under As-salam, the explanation to this is as follow:

– As-salam sale is: “the one who delivers present compensation for a described compensation as surety for a period i.e. advance money as price for a good he will possess after a time for a specific period” this type of sale is a permissible in Shariah and is taking place in things which are measured, weighed and counted, as shown in the Book of The Islamic Personality, Vol. II, where it says:

“The permissibility of As-salam (advance credit sale) is established by the Sunnah. It is narrated from ibn Abbas (ra) who said: «قدم النبي صلى الله عليه وسلم المدينة وهم يسلفون في الثمار السنة والسنتين فقال: من أسلف في تمر فليسلف في كيل معلوم ووزن معلوم إلى أجل معلوم» “The Prophet ﷺ came to Madinah and they would pay in advance for fruits for one or two years so he said: Whoever pays in advance, let him pay in advance for a specific measure and specific weight for a specific period” (narrated by Muslim).

From Abdurahman bin Abza and Abdullah bin Abi Awfa who both said: «كنا نصيب المغانم مع رسول الله صلى الله عليه وسلم فكان يأتينا أنباط من أنباط الشام فنسلفهم في الحنطة والشعير والزبيب إلى أجل مسمى، قال: قلت أكان لهم زرع أو لم يكن لهم زرع؟ قالا: ما كنا نسألهم عن ذلك» “We used to acquire booties with the Messenger of Allah ﷺ and there would come to us the Nabatheans of the Nabatheans of Sham. So we would pay them in advance for wheat, barley and raisins for a specific period. He said: I said: Did they have crops with them or did they not have crops with them? They both said: We would not ask them about that” (narrated by Al-Bukhari).

And in a narration: «إنّا كنا نسلف على عهد رسول الله صلى الله عليه وسلم وأبي بكر وعمر في الحنطة والشعير والتمر والزبيب إلى قوم ما هو عندهم» “We would pay in advance at the time of the Messenger of Allah ﷺ, Abu Bakr (ra) and Umar (ra) in wheat, barley, dates and raisins to a people who did not have it with them” (narrated by Abu Dawud).

All these are clear evidences for permitting advance credit sale. As for what are the things in which As-Salam is allowed, and what are the things in which it is not permitted, this is clear in the hadith and Ijma’a. This is because As-Salam is buying that which is not owned and buying something over which ownership has not been completed, and they are both prohibited. As-Salam was excluded from them by a clear text so it specified the prohibition in other than that.

Accordingly, it is necessary that the thing in which As-Salam is valid be clearly stated. Upon returning to the texts we find that As-Salam is permitted in everything that is measured and weighed just as it is permitted in everything counted. As for permitting it in what is measured and weighed, this is due to what is established in the hadith of ibn Abbas. The Messenger of Allah ﷺ said: «قَدِمَ النَّبِيُّ صلى الله عليه وسلم الْمَدِينَةَ وَهُمْ يُسْلِمُونَ فِي التَّمْرِ السَّنَتَيْنِ وَالثَّلَاثَ، فَقَالَ رَسُولُ اللَّهِ صلى الله عليه وسلم: مَنْ أَسْلَفَ فَلْيُسْلِفْ فِي ثَمَنٍ مَعْلُومٍ، وَوَزْنٍ مَعْلُومٍ إِلَى أَجَلٍ مَعْلُومٍ» ““The Prophet ﷺ came to Madinah and they would pay in advance for dates for two or three years so the Messenger of Allah ﷺ said: “Whoever pays in advance in dates let him pay in advance for a known price and a known weight for a specified period.” In “Bidayat al-mujtahid wa-nihayat al-muqtaṣid by Ibn Rushd al-Ḥafid”

And in another narration of ibn Abbas who said: The Messenger of Allah ﷺ said: «من أسلف في شيء ففي كيل معلوم ووزن معلوم إلى أجل معلوم»  “Whoever pays in advance in something then he should pay for a known measure and a known weight for a known period” (narrated by Al-Bukhari).

This indicates that the money which is delivered is in what is measured and weighted. As for its permissibility in the counted (things), the Ijma’a has contracted upon As-Salam in foodstuff being allowed. This Ijma’a has been transmitted by ibn Mundhir. Al-Bukhari narrated and said: Shu’bah related to us and said: Muhammad or Abdullah bin Abi Al-Majalid informed and said: «اختلف عبد الله بن شداد بن الهاد وأبو بردة في السلف فبعثوني إلى ابن أبي أوفى رضي الله عنه فسألته فقال: إنا كنا نسلف على عهد رسول الله وأبي بكر وعمر في الحنطة والشعير والزبيب والتمر»  “Abdullah bin Shaddad bin Al-Hadi and Abu Burdah differed over advance credit sale so they sent me to ibn Abi Awfa (ra) so I asked him and said: ‘We would perform advance credit sale (salaf) in the time of the Messenger of Allah, Abu Bakr and Umar in wheat, barely and dates.”

However, it is necessary that the things paid for in advance are exact in description like Jurani wheat, Birni dates, Egyptian cotton, Indian silk, Turkish figs and exact in measurement or weight like a Syrian sa’a, an Iraqi pound and the kilo and litre i.e. it is necessary that the measure or weight be known and described.” End of quote from the book, The Islamic Personality Vol. II.

Therefore, As-Salam is permissible only in the measured, the weighed and the counted (things).

– To know how it is the measured, weighed and counted, it is by recognizing the reality of al-Mal (the property) as Mithli (similar or fungible) and Qimi (dissimilar or non-fungible) property:

Al-Mal Qimi is property that does not have its exact resembling in the market, i.e., unduplicated items that do not duplicate once with their characteristics like the Mal al-Mithli. Thus, a house is a Qimi (value) property, not a Mithli (similar) property, because every house is different from other houses in various matters such as its location, the land on which it is built and the type of construction, etc.

– The measured, the weighed and the counted things, are examples of Mithli goods, such as dates, wheat, barley, raisins and so on, for these goods have equivalent of their kind if the descriptions are shared without any small difference, that is, they are Mithli (similar) goods. These goods, when the advance credit sale (As-salam) is made, the seller promises to deliver to the buyer after a known period of time certain amount of such Mithli goods whether they are measured, weighed or counted with specific descriptions without specifying a particular item, i.e. without promising the delivery of a specific item, but he only promises to deliver the prescribed good, according to its description, i.e., he promises, for example, to deliver a ton of wheat with determined specifications regardless of the source of this good upon delivery, be it from such land or not, whether he bought it or not, and whether he took it as a gift or not … All this have no value in the contract of As-salam sale, however, what matters is only to deliver the described good in a specific time in accordance with the specific descriptions that remove the disparity between the Mithli (similar) goods… It came in Rawdhat At-Talibeen by An-Nawawi under the title “Aspects in the Control of the Mithli” Part 5 (pages 18 and 19), in which An-Nawawi mentioned five aspects of controlling the Mithli, and he said at the end of it (the most correct is the second aspect, but better to say: the Mithli: what is confined by measure or weight, in which As-salam is permitted.) End quote.

– Houses are not included in the sale of As-salam because they are not like the measured, nor the weighed or the counted things, for they are not Mithli properties. So, any house which is intended to be sold before it is constructed, even if it is accurately described and it resembles other houses, there will remain differences between it and other houses, such as the construction site and the land on which it is built, and so on … that is, the house is not a Mithli property that is included in As-salam category of sale. Therefore, houses cannot be included under As-salam…

As for the answer to the second question, which is the ruling on selling houses before being constructed, we have previously answered such a question on 31/03/2016 as follows:

(Sale of apartments according to architectural plan before construction:

A– Selling that which the individual does not own is not permitted, due to many Ahadith, including:

– Al-Tirmidhi narrated in His Sunan from Hakeem bin Hazam (ra) who said: “I said: O Messenger of Allah, there comes to me a man asking me to sell what I do not have to sell then I buy if from the market. He said ﷺ: «لَا تَبِعْ مَا لَيْسَ عِنْدَكَ». “Do not sell that which you do not have”.

Al-Tirmidhi narrated that Abdullah bin Amr said that the Messenger of Allah ﷺ said: «لَا يَحِلُّ سَلَفٌ وَبَيْعٌ، وَلَا شَرْطَانِ فِي بَيْعٍ، وَلَا رِبْحُ مَا لَمْ يُضْمَنْ، وَلَا بَيْعُ مَا لَيْسَ عِنْدَكَ». “It is not allowed to borrow and sell, nor two conditions in one sale, nor a profit that is not included nor the sale of what you do not have”.

Therefore, it is not permissible to sell a house or apartment that is not yet constructed because it is not owned, and above all it does not exist and is not standing …

B– In conclusion, the sale of apartments that have not yet been constructed is not permissible, because the sold good (apartments) do not exist, and for the sale to be valid, the apartments must be present, in a way that illustrates its existence such as its structure, foundations, columns, walls, ceilings, etc., which is conventionally sufficient to denotes the apartment and that it is present and deliverable.

This is what I outweigh that eliminates disputes, especially since many issues “problems” occurred in such a sale upon delivery.

C– In conclusion, contracts in Islam would prevent disputes, and therefore they must be concluded on a material that is owned by the seller, it exists, and can be delivered without impediments … Buyers should therefore investigate the availability of these things, and Allah is the guardian of success).

I hope that this answer is satisfactory, and Allah Knows Best and He is Most Wise