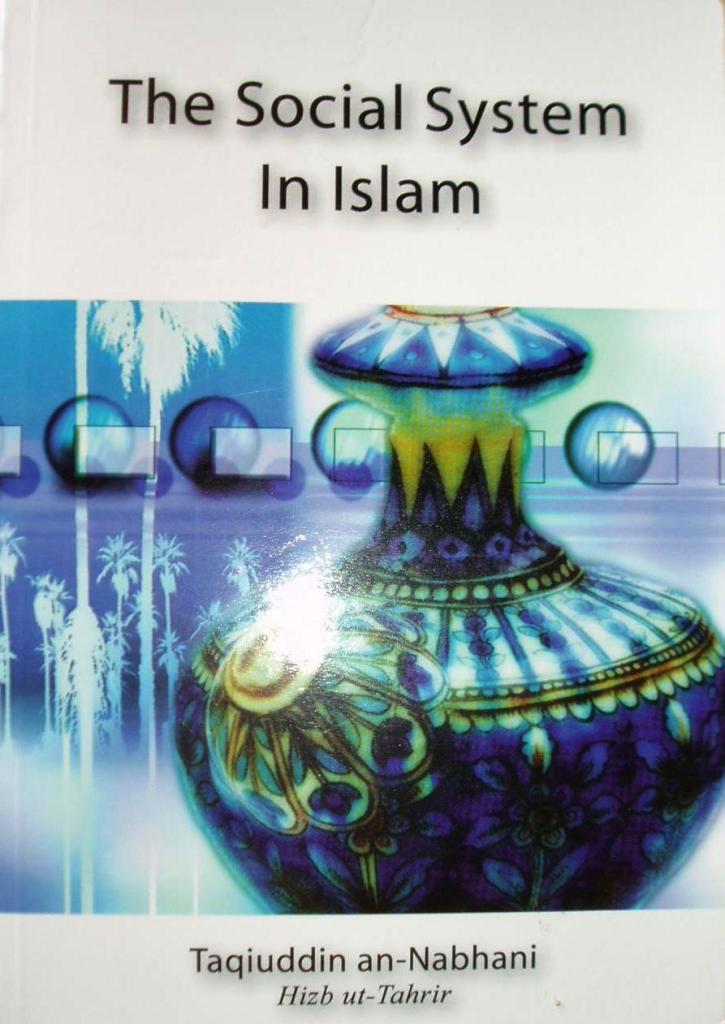 Every Muslim wants to be one of those who are sincere and obedient to Allah in order to obtain His pleasure. But does obedience to Allah and His Messenger oblige obedience to the Hizb in all the commands and Ijtihad (opinions) that you have reached, which have difference in opinion to what I adopted previously. I give the example of women’s awra in front of their mahrams and Muslim women. Some scholars have agreed that it is from the navel to the knee, as well the menstruating woman reciting the Qur’an whose period is sometimes long? I would like a clarification because misunderstanding and lack of clarity raise a lot of confusion and arguments between us and often waste time. I apologize for taking too long and my persistence and I ask Allah to guide your heart and insight.

1- Adoption in the Hizb [ut Tahrir] is very clear since the moment of its inception; there is no ambiguity in it, by Allah’s permission. The person who decides to work with the party gives the oath upon becoming a member of the party to adopt the opinions of Hizb ut Tahrir and its ideas and constitution, in word and deed. Based on this oath, the person has made it obligatory upon him/herself to adopt the party’s adoption. That is, s/he becomes committed to leaving any opinion contrary to the adoption of the party and must abide in word and deed by the opinions adopted by the party, whether in intellectual, political, jurisprudential, or administrative matters.

2- An example of this is what came in the Answer to Question:

A- A woman’s Awra in front of her Mahrams and Muslim women, as stated in the social system:

(In addition, the man is permitted to see more than the hands and face and the places of charms (zeenah) of mahram women, be they Muslims or non-Muslims, without restriction to specific body parts. This is due to the unrestricted (mutlaq) text on the matter. Allah (swt) says: وَلَا يُبْدِينَ زِينَتَهُنَّ إِلَّا لِبُعُولَتِهِنَّ أَوْ آبَائِهِنَّ أَوْ آبَاءِ بُعُولَتِهِنَّ أَوْ أَبْنَائِهِنَّ أَوْ أَبْنَاءِ بُعُولَتِهِنَّ أَوْ إِخْوَانِهِنَّ أَوْ بَنِي إِخْوَانِهِنَّ أَوْ بَنِي أَخَوَاتِهِنَّ أَوْ نِسَائِهِنَّ أَوْ مَا مَلَكَتْ أَيْمَانُهُنَّ أَوِ التَّابِعِينَ غَيْرِ أُولِي الْإِرْبَةِ مِنَ الرِّجَالِ أَوِ الطِّفْلِ الَّذِينَ لَمْ يَظْهَرُوا عَلَى عَوْرَاتِ النِّسَاءِ “And let them not display their charms to any but their husbands, their fathers, their husbands’ fathers, their sons, their husbands’ sons, their brothers, their brothers’ sons, their sisters’ sons, their women folk, their slaves, such male attendants as are beyond all sexual desire or children that are as yet unaware of women’s nakedness”. [An-Nur: 31]. All these categories are allowed to see the woman’s hair, neck and the places where she wears her upper arm bracelet, necklace, and anklet, as well as other places that fit the category of charms (zeenah). This is because Allah (swt) says: وَلَا يُبْدِينَ زِينَتَهُنَّ “And let them not display their charms” i.e. the place of their charms (zeenah), except to those mentioned in the Qur’an. Such people are allowed to see what appears of her when she is wearing her house clothes. Ash-Shafe’i reported in his Musnad from Zaynab bint Abi Salamah that she was breastfed by Asmaa, Az-Zubayr’s wife. She said: “I used to see him as a father. He used to walk in while I was combing my hair – he would hold a lock of my hair and say come here.” It was also reported that Abu Sufyan upon coming to Madinah to renew the treaty of Hudaybiyyah, went to his daughter, Ummu Habibah, who was the wife of the Messenger ﷺ. Upon entering her house, she folded the Messenger’s bed so that he would not sit on it. She did not cover up in his presence. She mentioned the incident to the Messenger of Allah who approved of her action and did not order her to cover up in her father’s presence as he was a mahram to her even though he was a mushrik.) End of quote from the Social System in Islam book

(In regards to the ‘Awrah of a woman in relation to a woman, there are two Fiqhi opinions that carry an angle of deduction (Istidlaal).

First: That the ‘Awrah of a woman to a woman is like the ‘Awrah of a man in relation to (another) man i.e. between the navel and the knee and this is the opinion of some of the ‘Ulemah.

Other than this, i.e. other than the usual areas of Zeenah (adornment) are considered ‘Awrah in relation to the woman i.e. that it is not only that which is between the naval and the knee.

The Daleel (evidence) for this is the speech of Allah سبحانه وتعالى: وَلَا يُبْدِينَ زِينَتَهُنَّ إِلَّا مَا ظَهَرَ مِنْهَا وَلْيَضْرِبْنَ بِخُمُرِهِنَّ عَلَى جُيُوبِهِنَّ وَلَا يُبْدِينَ زِينَتَهُنَّ إِلَّا لِبُعُولَتِهِنَّ أَوْ آَبَائِهِنَّ أَوْ آَبَاءِ بُعُولَتِهِنَّ أَوْ أَبْنَائِهِنَّ أَوْ أَبْنَاءِ بُعُولَتِهِنَّ أَوْ إِخْوَانِهِنَّ أَوْ بَنِي إِخْوَانِهِنَّ أَوْ بَنِي أَخَوَاتِهِنَّ أَوْ نِسَائِهِنَّ أَوْ مَا مَلَكَتْ أَيْمَانُهُنَّ أَوِ التَّابِعِينَ غَيْرِ أُولِي الْإِرْبَةِ مِنَ الرِّجَالِ أَوِ الطِّفْلِ الَّذِينَ لَمْ يَظْهَرُوا عَلَى عَوْرَاتِ النِّسَاءِ “And tell the believing women to reduce [some] of their vision and guard their private parts and not expose their adornment except that which [necessarily] appears thereof and to wrap [a portion of] their headcovers over their chests and not expose their adornment except to their husbands, their fathers, their husbands’ fathers, their sons, their husbands’ sons, their brothers, their brothers’ sons, their sisters’ sons, their women, that which their right hands possess, or those male attendants having no physical desire, or children who are not yet aware of the private aspects of women.” (An-Nur, 31)

Therefore these are all permitted to be seen from the woman: the hair and neck of the woman and the places of her bangles, bracelets and necklaces and all other parts of the body in which it has been confirmed to be a place of adornment because Allah سبحانه وتعالى said: وَلَا يُبْدِينَ زِينَتَهُنّ “And do not expose their adornment” i.e. the place of their adornment.

This is what we find to be the preponderant opinion in accordance to the Daleel (evidence) and we say the preponderant (Raajih) because there are those who have viewed the ‘Awrah of the women in relation to another woman as being the same to the ‘Awrah of a man in relation to another man i.e. between the naval and knee.) End of quote of the Answer to Question.

B– The subject of the menstruating woman reciting Quran came in the Answer to Question published on the Internet website in our name on the 1 Rabi’ II 1436 AH- 21/1/2015 CE, and stated the following:

(Jurists (Fuqaha’) have differed in the details of the issue of the recitation of the Qur’an by menstruating woman; many of them say it is prohibited, and some say it is permitted with details and conditions.

This Hadeeth is taken by many scholars despite what has been said about it. Nevertheless there is a Hadeeth Sahih regarding the prohibition of recitation of the Qur’an by the impure (junb), and the menstruating woman is impure in this case. Extracted by Abu Daoud and Nisaa’i, and in a narration by Ibn Majah with a similar context from Ali (ra), he said: «كَانَ النَّبِيُّ يَخْرُجُ مِنَ الْخَلَاءِ فَيُقْرِئُنَا الْقُرْآنَ وَيَأْكُلُ مَعَنَا اللَّحْمَ، وَلَمْ يَحْجُبْهُ – أَوْ يَحْجُزْهُ – عَنِ الْقُرْآنِ شَيْءٌ لَيْسَ الْجَنَابَةَ» “The Prophet ﷺ used to come out of the water closet and teaches us the Qur’an and eats with us the meat, and nothing screened him-or prevented him from the Qur’an except for impurity”.

It is clear from the Hadeeth that impurity prevents the recitation of the Qur’an, i.e. it prohibits the impure from reciting Qur’an; the menstruating woman is like the impure, so she is prohibited from reciting the Qur’an as it is the case with the impure (Junb).) End of the Answer to Question.

The Answer to Question published by the party are not adopted except in three cases: if they are signed in the name of the party, or they are an answer from the party related to the adopted, as an explanation or clarification of it, and so on, or if the party sends the opinion to the regions to be distributed to the members of the party  as stated in the administration file under Adoptions.

It is clear that the answer to a question we have published on the menstruating woman reciting the Qur’an is not included under any of the three cases mentioned above . So this answer is not adopted and it is not binding by members of the party in Shari’ and administration, and the member of the party can remain in this matter on his opinion, which s/he followed and adopted.

3- So the matter is easy and can be implemented and is not complicated, all there is to it is that the member must know if the opinion issued by the party is adopted or not adopted; if it is adopted, he is committed to it and it is binding and he must leave any other contrary opinion, and if the opinion is not adopted it is not binding to adopt and implement. The matters adopted are well known to each member of the party. As for the answers to questions as mentioned above, the answers to questions are not adopted except in the three cases referred to above.

I hope that the matter is now clear and put an end to the confusion and arguments and the wasting of the time you mentioned in the question.