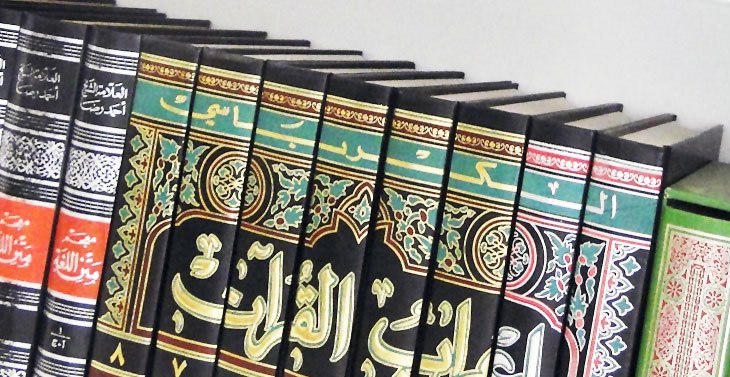 This is an observation on the Admin page: the word “La zal” (which means “still is”) is not to be used in the present tense, as for being used in the past tense, its meaning becomes “a duaa for not perishing” and it is a common mistake…what is correct though that “Ma Zal” in the present tense becomes “La Yazal” (which means still is remaining). I hope that you accept this criticism from me…

May Allah bless your efforts and may Allah protect you and protect our Sheikh the leader and may Allah grant him strength and victory.

I have read your observation regarding adding “La” to the verb “Zal”, you said that “La” of Nafi (for negation) is not added to the past tense, unless it is a form of duaa. First, it is very good that the Shab cares about the language, but it is better that one is mindful of all the details of the subject. In response to your observation:

a) In duaa it is used as in the example of saying to your friend: “La Zilta Bi-khair” (pray that you are well).

b) As for its use outside the duaa, it is as in the example of the Hadith: Abu Bakr Al Firyabi (deceased 301 AH) extracted in his book “Al Qadar” the Hadith from Nafi from Ibn Umar that he said: He said: Umm Salama said:

2- It is important to mention that Khabar (informative clause) of “La Zal” is always attached to its ‘Ism’ (name) according to the situation, whether it is the attachment is long or short: In his book of the explanation of the thousands of Ibn Malik (deceased 672 AH), (Sharh Alfiyat Ibn Malik), Ahmad Al-Hazmi says: “The meaning of “Zal” and its sisters [offshoots] indicates the attachment of the adjective to what it describes if it was appropriate, linguists agreed that all of these four carry the same meaning: “ Zal, Barih, Fati’, and Infak”, they indicate the attachment of the adjective to that which it describes. The Adjective (sifa) is the Khabar, and what it describes (Mawsoof) is the name (Ism). But every attachment depends on the sentence, “La Zal (still is) Zaid ‘Aliman (having knowledge)” it means that in origin his knowledge description remains with him since he acquired knowledge until he dies. “La Zal (still is) Zaid Qa’iman (standing in prayer) this will stop at a point in time. “La ZAl Zaid Sa’iman (fasting)” during fasting time, but when it is Maghrib the time of fasting will end…) End of quote.

As you can see, linguists use “La Zal” naturally in duaa and other than the duaa.

3- Other Past Tense Verbs:

a) “La” is extensively used in making duaa, so you make duaa against the enemy and say: “La Nusrat Lahu” (do not grant him victory).

– The verb is used in negation form if it was repeated, example: فَلَا صَدَّقَ وَلَا صَلَّى “He did not give charity and did not pray” [Al-Qiyama: 31].

– It alternates between Negation and Tahdheed (encouragement/request) if it was preceded by “Fa” and the verb is not repeated and it contains a qareena (indication) like: فَلَا اقْتَحَمَ الْعَقَبَةَ “But he has not broken through the difficult pass” [Al-Balad: 11]

It can be understood as:

“Allah Subhanahu said: فَلَا اقْتَحَمَ الْعَقَبَةَ “But he has not broken through the difficult pass” [Al-Balad: 11] That means he did not break through.”

And as in the Tafseer of “Al Kashaaf” by Zamakhshari (died: 538 AH) as he considered it for negation, and that it was reiterated in meaning, so he said:

“If I say: it is rare that “La” added to the past tense verb except when it is repeated, then how is it that it is not repeated in the most eloquent speech? I said: it is repeated in meaning, because the meaning of فَلَا اقْتَحَمَ الْعَقَبَةَ “But he has not broken through the difficult pass” [Al-Balad: 11] Means he did not free a slave, and did not feed a Miskeen.  Do you not see that he explained the breaking through of Aqaba (difficult pass) in this way…”

Also as in The Mughni by Al Labib Abdullah Bin Yusuf “Ibn Hisham” (died: 761 AH) as he mentions:

“As in his saying سبحانه وتعالى: فَلَا اقْتَحَمَ الْعَقَبَةَ “But he has not broken through the difficult pass” [Al-Balad: 11] “La” was repeated in meaning because the meaning is that he did not free a slave and did not feed a Miskeen, because it is a tafseer of Al Aqaba (difficult pass) provided by Az-Zamakhshari”…

“…His saying سبحانه وتعالى: فَلَا اقْتَحَمَ الْعَقَبَةَ “But he has not broken through the difficult pass” [Al-Balad: 11]. It means did he not break through Al Aqaba, i.e. should he not break through, so he removed the alif of Istifham (to mean a question).” End of quote.

“…His saying سبحانه وتعالى: فَلَا اقْتَحَمَ الْعَقَبَةَ “But he has not broken through the difficult pass” [Al-Balad: 11] It means should he not then break through the sirat while Al Aqbah is easier to break through.”

1- “La” is added to “Zal-Yazal” naturally in duaa or otherwise.

2- It is rare that “La” is added to other past tense verbs, because the verb has already taken place (in the past) so there is no meaning to its negation.

3- However “La” is added in specific situations to the past tense verbs, including: if the verbs are repeated, and if preceded by “Fa”.

4- Therefore what the Admin has written: “the conflict is ongoing (La Zal Qa’iman) in Turkey”, is correct.