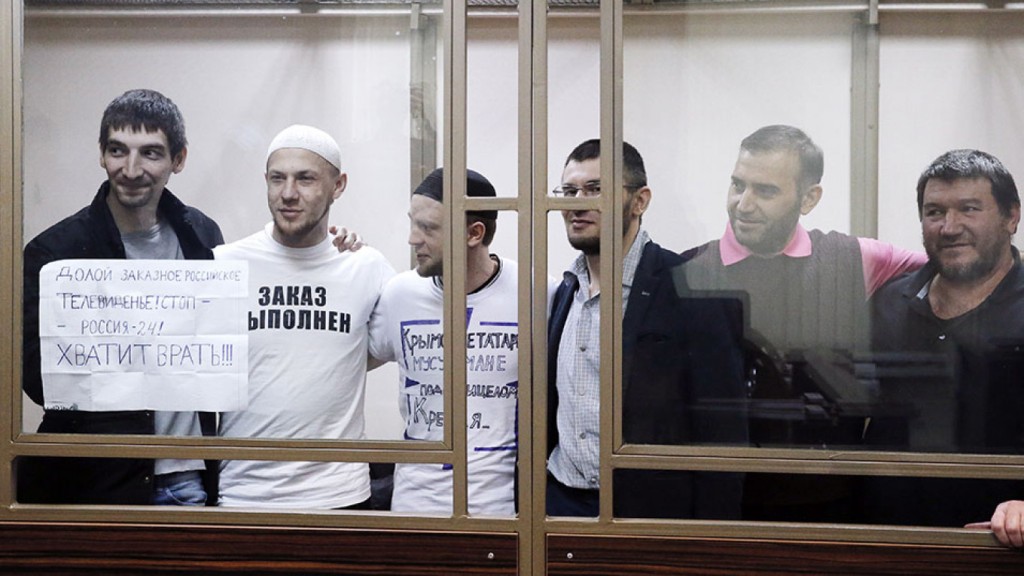 On December 10, 2019, Russian President Putin announced that the ban on Hizb ut Tahrir should not be discussed.

“As for your position on the well-known organization Hizb ut-Tahrir, which you consider harmless, this organization was created in 1953 in Jerusalem by one of your, conditionally, colleagues – a judge of the Shariah court. In its statutory fundamental documents, it directly proclaims the need to create a world Khilafah (Caliphate) by seizing power and promoting its ideas in various countries of the world, and the Russian state is no exception. This organization in many countries operates legally. In all member states of the Shanghai Cooperation Organization, it is banned as terrorist. It is also banned in many Islamic Muslim states: in Saudi Arabia, in Egypt, in Tunisia, and in a number of other countries.

In January 2003, a decision was made by the courts of the Federal Republic of Germany, which recognized it as terrorist. Two months later, the Supreme Court of the Russian Federation did the same.

The activities of this organization come down to the fact that it forbids members of their sect (so to speak) to turn to other religions, intervenes in private personal and family life, and so on and so forth. Unfortunately, there were serious consequences with the promotion of their ideas related to the fact that they prohibit, for example, blood transfusion. And they prevented blood transfusion for children who needed this procedure to save their lives.

The last tragic incident occurred in the Russian Federation in Kabardino-Balkaria last year. The child is dead. Where help was given to the adherents of this church, this movement, so to speak, forcibly, they managed to save the children there.

Once again I want to say that this decision was adopted by the Supreme Court of the Russian Federation in full compliance with the law in force in Russia, and therefore is necessary for execution”, – he said in response to a request from one of the lawyers to review the recognition of the party as terrorist, which was voiced at the Presidential Human Rights Council.

Recall that Hizb ut Tahrir was recognized in Russia as a terrorist organization back in 2003, and this was preceded by the fact that party members were subjected to brutal repression and terror by Islam Karimov in Uzbekistan and his courts and special services. Torture and murder in tyrant prisons against Hizb members crossed all borders; as a result, many of the oppressed began to leave Uzbekistan for Russia. Then Putin and Islam Karimov agreed to extradite the escaped Uzbeks, so that it would be easier and more “legitimate” to deport them, and a decision was made to ban Hizb in Russia, because before that there were no grounds for the detention and deportation of the Uzbek to Uzbekistan at the request of the SNB.

Then the closed, i.e. secret court session of the Supreme Court of Russia, where in addition to the judge who made the decision, there were only the FSB Director General, the Minister of the Interior, the Prosecutor General, and representatives of the Ministry of Justice. At the same time, another 14 Islamic parties and movements were banned by the same decision. And there was not a single representative of these parties, and no one could say anything in their defense. And the Decision itself was published only in 2006, after human rights activists repeatedly pointed out the illegality of the application of the law or decisions that were not published, i.e. unknown to people. And already in 2003, according to this decision, dozens of Muslims were arrested, and they were tried and imprisoned.

By the decision of the Supreme Court of Russia dated February 14, 2003 Hizb ut-Tahrir political party is recognized as a terrorist organization. Despite the absurdity, unfoundedness and illegality of this decision, since 2003, members of Hizb ut-Tahrir have been subjected to repression.

The first in Russia, according to this delusional decision, Kasymakhunov and his wife Drozdova were convicted. Due to the fact that in their activities, the FSB officers could not find the corpus delicti. They were charged under Article 210 of the Criminal Code of the Russian Federation “organization (participation in) the activities of the criminal community”. The court did not understand the question: what is the crime of this organization and specifically of those accused? What crimes did this organization and those accused commit, even if this organization is criminal? If the court began to investigate, then it would have been compelled to acquit the accused and the organization itself. The judge directly said something like this: “There is no corpus delicti, but according to the decision of the Supreme Court of Russia, this organization is recognized as “terrorist”, I can’t do anything about it.” As a result, Kasymakhunov was sentenced to 8 years in prison, and his wife to 4.5 years.

Since then, thousands of people have gone through the millstones of the special services,and only at the moment in Russia more than 300 people are in captivity on charges related to Hizb ut Tahrir.