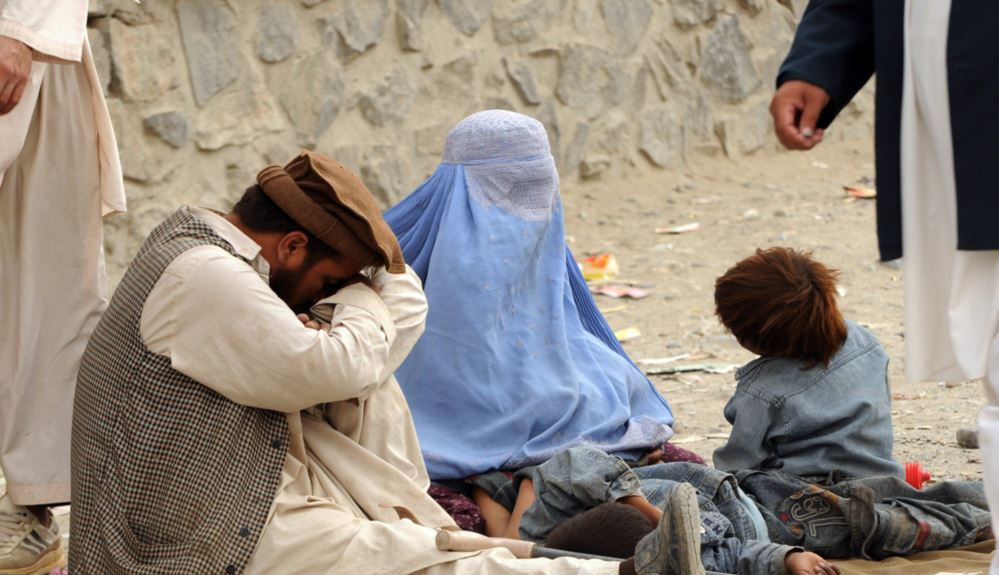 More than half of Afghanistan’s population, around 18 million people, are suffering from ‘comprehensive and multidimensional’ poverty, according to a new report released by the National Statistics and Information Administration of Afghanistan.

We perceive that the rise of poverty in Afghanistan is due to the implementation of free market system and pursuance of the International Community’s policies, especially the World Bank (WB), the International Monetary Fund (IMF), the World Trade Organization (WTO), and the Afghan government’s commitment to these institutions because the International Community has recently kept focusing on strengthening and developing the private sector and tax reformation system in Afghanistan which according to recent reports from these institutions, the Afghan government has been admired in its effort to making progress on those arenas.

In accordance with the instruction of these institutions, the Afghan government has applied various taxations such as imposing heavy taxes on traders, industrials and workers, tripling the customs duties on imports, charging 10% fees on mobile top-up credit cards, all of which have severely distressed the lives of Afghans and caused grave increase of poverty, unemployment rate and criminal offenses throughout Afghanistan.

In fact, the Afghan government has repeatedly failed to fulfil the basic needs of the people, and the slogan of ‘improving the people’s foodstuff’ has been proven wrong because the government’s priority is to implement the policies of the international institutions and receive their satisfaction rather than improving the lives of Afghan people and addressing their needs and problems. As a result of this deteriorating situation, poverty will increase dramatically which would affordably ease the process of fighters’ recruitment for the US and NATO to further advance their proxy wars in Afghanistan.