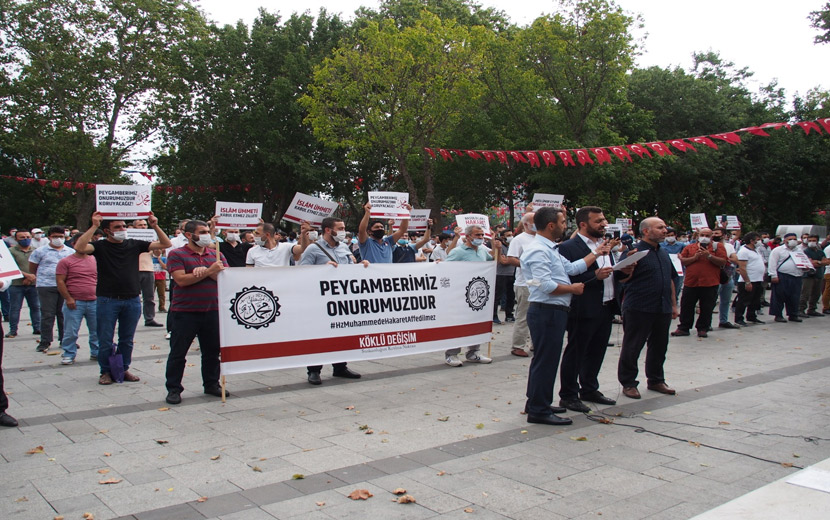 Hizb ut Tahrir in Wilayah Turkey held a press statement titled, “Insulting the Messenger of Allah is Unforgivable”, in the Saraçhane Park in Istanbul. The press statement was attended by hundreds of Muslims, who supported the event in compliance with the pandemic rules.

The press statement was held as a protest towards the French satirical magazine Charlie Hebdo, which republished insulting cartoons of Rasulallah ﷺ.

The event was introduced by Muhammed Emin Yıldırım, Representative of the Media Office of Hizb ut Tahrir in Istanbul, accompanied by takbiraat and salawaat.

The press statement was under the title “Insulting the Messenger of Allah is Unforgivable”, was read out by Musa Bayoğlu, member of the Media Office of Hizb ut Tahrir in Wilayah Turkey.

He criticized the leaders in the Muslim world for letting-off the enemy of Islam and the Muslims, France’s President Macron’s statement about the cartoons as “freedom of expression”, and responding to him with a meagre message of condemnation.

Bayoğlu said: “With this action, France aims at both increasing psychological pressure on the Muslims, and spreading the as yet little known “freedom of disbelief/kufr” together with its freedom of expression. Through the concept of freedom of disbelief/kufr, France takes apostates from Islam (murteds) to the media, publishes their books, and seeks to create a generation that turns its back on their belief. The term freedom of disbelief/kufr was used for the first time by Macron during his speech in Beirut on Monday. The term was later much discussed in media. This is how France puts its heinous plans of creating public opinion against Islam and pressuring the Muslims in action.

“O Muslims! O servants of Allah! O you, the Ummah of Rasulallah! Can defamation and insult against the prophets of Allah be freedom of expression? Can the assault of the sanctuaries of the Muslims be civility? I ask you: O Muslims! How much perfidy did these kuffar produce so far? How many plans did they prepare to humiliate the Muslim Ummah? Is this freedom of expression? Or is this a provocation? Is the republishing of these cartoons of 5 years ago not an attack towards Islam and the Muslims? Yes, this is clearly a provocation. This is a clear provocation and humiliation of the 2 billion Muslim Ummah.”.

And finally, Bayoğlu made a call to the rulers and scholars

“Fear Allah, O rulers” When will you move, if not now? For the sake of Allah; whom will you protect if you will not protect the Messenger of Allah?  How will you answer to Allah if you do not take concrete steps?

O scholars, opinion leaders, writers, intellectuals of the Ummah, raise your voices for the Truth today! Today you must embrace the Messenger of Allah with all your power, just as you did in the past! You must be the ones, who fear Allah the most, and you must be the role model to the Ummah! And remember the one, who remains silent against injustice is Satan.”

The event ended after the press statement and with the takbirat and salawat calls of the Muslims in the square. 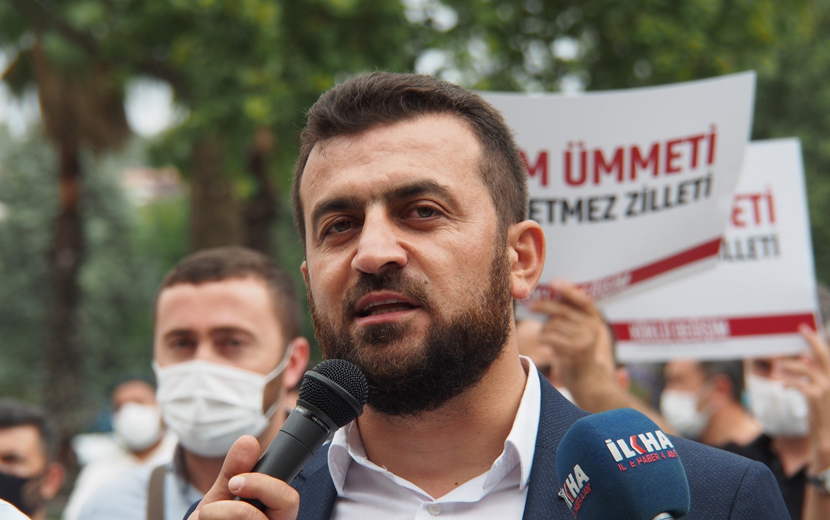 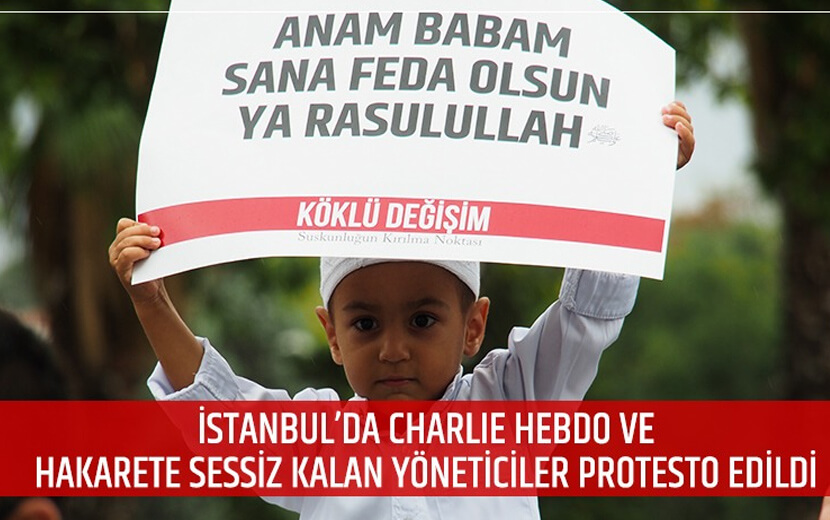 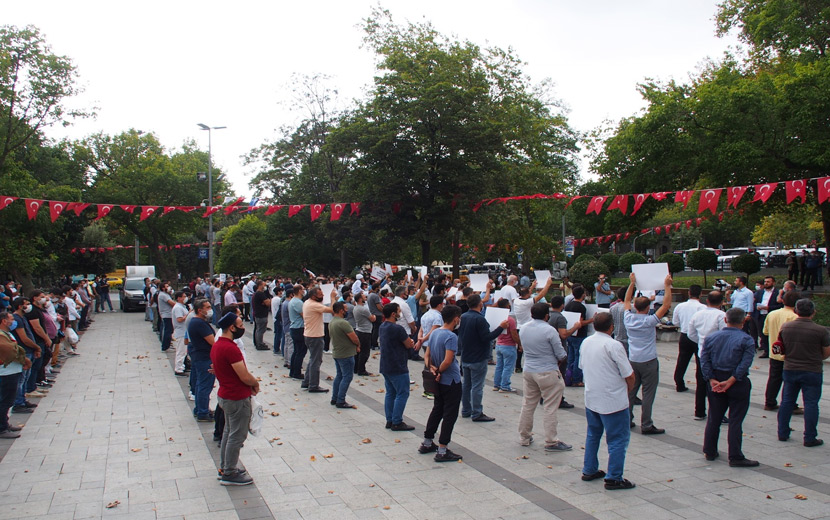 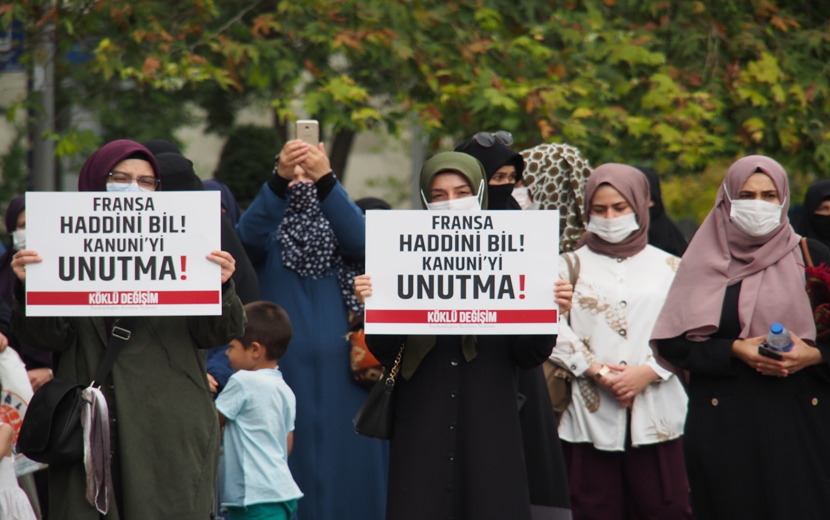 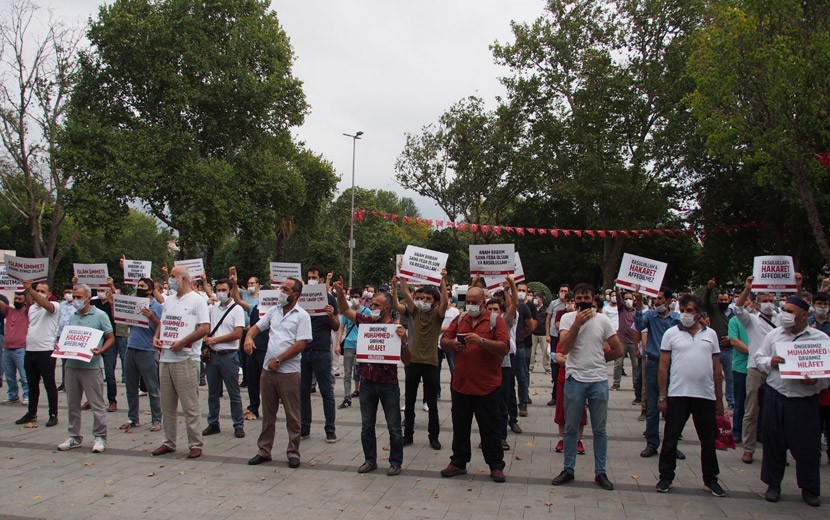 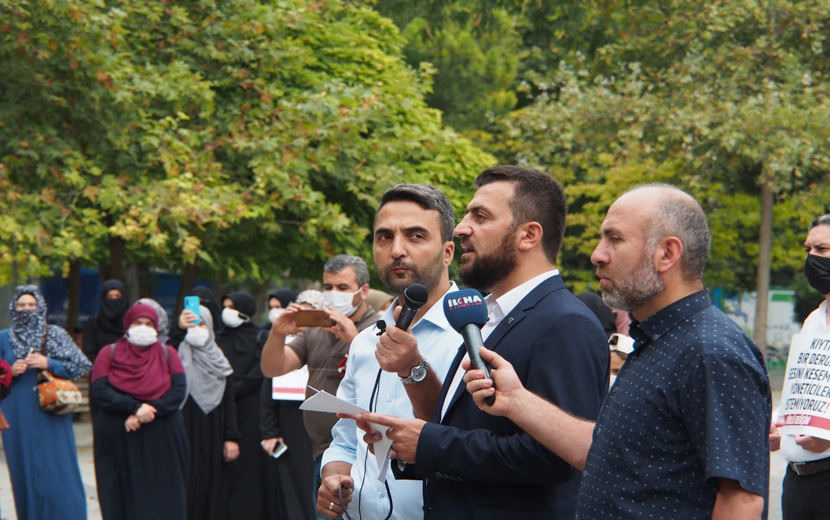 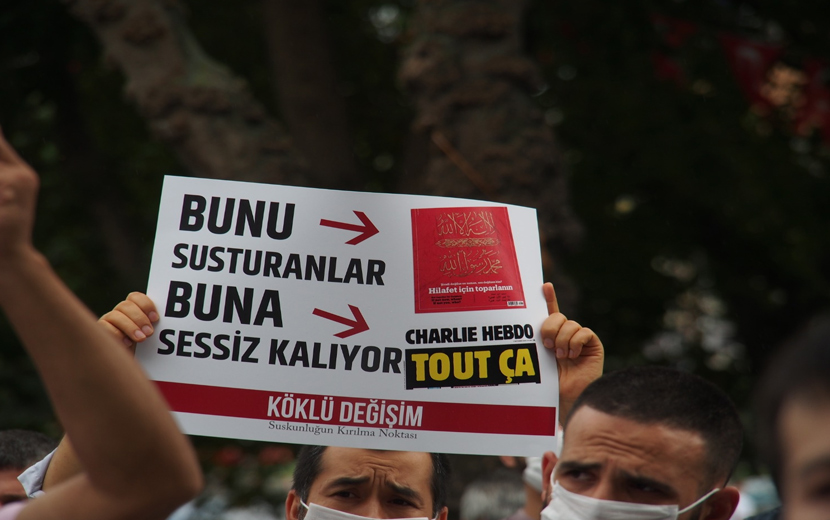 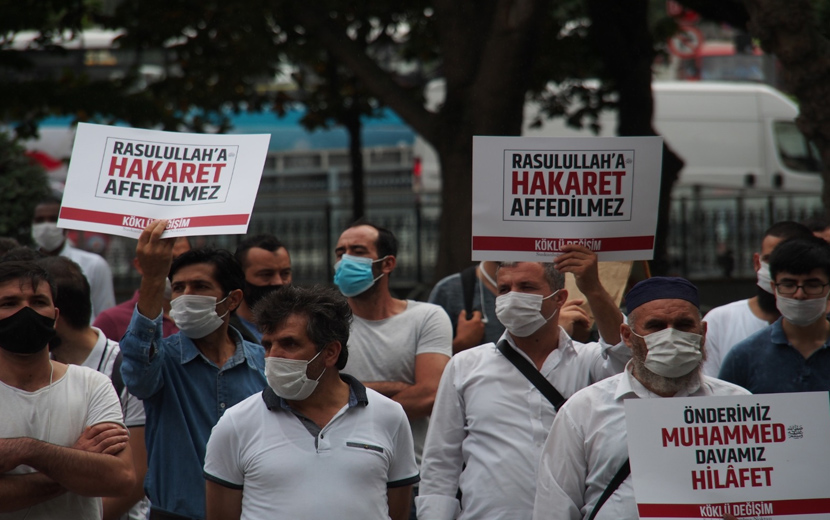 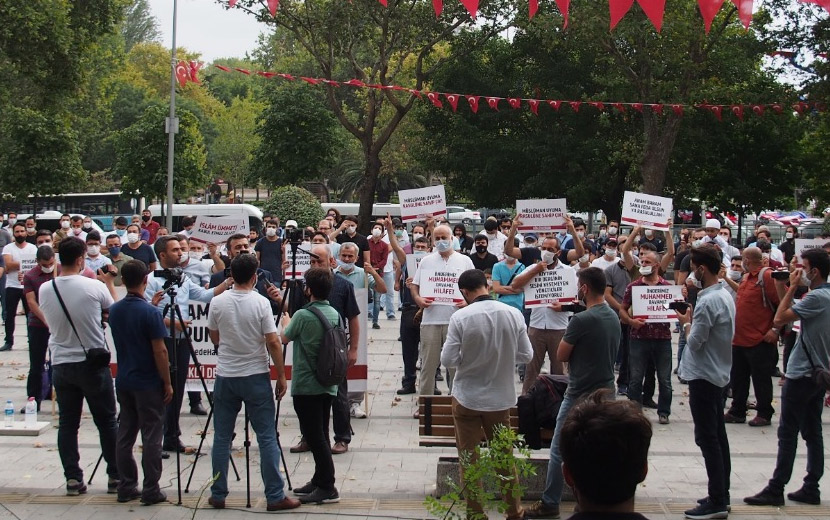