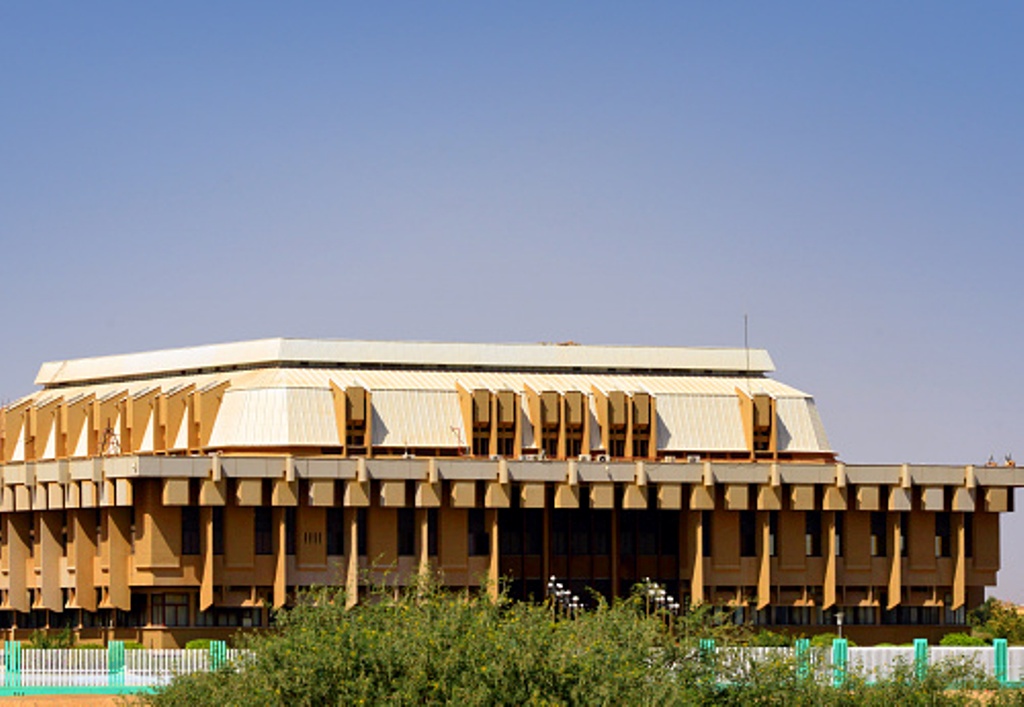 With the grace of Allah (swt), a stand organized by Women’s Section in Hizb ut Tahrir / Wilayah Sudan was held in front of the Council of Ministers, and the participating sisters lined up and carried slogans condemning the signing of the African Charter on the Rights of the Child, where it was written on the banners: Abandon secularism and establish the Khilafah Rashidah (Caliphate) on the method of the Prophethood – Child protection is by applying Allah’s law not by man-made laws – Yes to the Khilafah Rashidah (Caliphate), the protector of Islam and its provisions – They want us to raise our children on the civilization of the West, to put us in the home of the elderly!! – Our children a red line) and other slogans calling for the rule of Islam under the Khilafah Rashidah (Caliphate) on the method of the Prophethood.

Then a delegation composed of two sisters delivered the open letter to the Prime Minister’s Office, entitled: “From Women’s Section in Hizb ut Tahrir / Wilayah Sudan to the Transitional Government… How could the Baseness Reached you to Open Up to the Kafir Colonist the Last of the Muslim Fortresses; The Family?!” We extract the following from it:

“We in the Women’s Section in Hizb ut Tahrir / Wilayah Sudan reject these laws based on Western civilization, and we mobilize the energies of Muslims, the free women and men, to work to put an end to the betrayal of these rulers; by establishing the Khilafah Rashidah (Caliphate) on the method of the Prophethood that cause Muslims and all people to enter into obedience to Allah, the Almighty says: ﴿يَا أَيُّهَا الَّذِينَ آمَنُوا ادْخُلُوا فِي السِّلْمِ كَافَّةً وَلَا تَتَّبِعُوا خُطُوَاتِ الشَّيْطَانِ إِنَّهُ لَكُمْ عَدُوٌّ مُبِينٌ﴾ “O you who have believed, enter into Islam completely [and perfectly] and do not follow the footsteps of Satan. Indeed, he is to you a clear enemy.” [Al-Baqara: 208].

And we explain the following facts:

First: It is the Western civilization; with its capitalist ideology, that has inherited to today’s world this unlimited misery. Family and child laws are what made more than 70% of the people in the West the children of fornication and illegal relations, and brought forth young men and women who were disobedient to their parents and teachers, and made men and women who put their fathers and mothers in elderly homes!…

Third: The Islamic creed is the basis of Muslims’ life in their laws and regulations, and it fundamentally and in detail contradicts the Kafir Western civilization, including the African Child Charter, a complete contradiction that is signified by the following:

We do not hope for a response from this government that is submissive to the disbelieving West, as the voice of Islam has reached rejecting all forms of malicious colonialism, including this African Charter on the Rights of the Child. And we are sure that Allah is the champion of His religion, a promise that is not to be denied, and a glad tiding of the Messenger ﷺ, whose time to be achieved is due. And we continue to expose the treachery of these rulers, until Allah Almighty descends His Victory by establishing the Khilafah Rashidah (rightly guided Caliphate) on the method of the Prophethood, so that humanity will be relieved of the evils of the capitalist countries of the West and their fellow agent rulers.