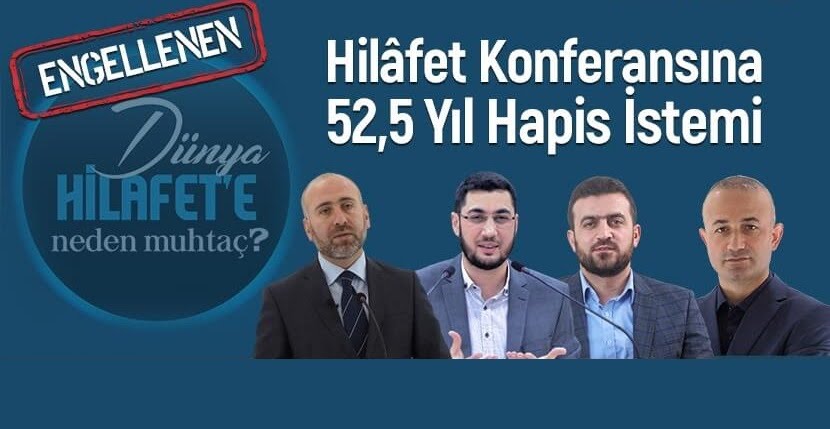 A prosecutor requested for 52.5 years of conviction in total for 4 conference speakers for a conference that was planned in 2017 but was unjustifiably blocked.

The conference planned on 5th March 2017 titled: “Why the world is in need of the Khilafah” was blocked without any reasonable justification, and a trial was initiated against the conference speakers MAHMUT KAR, ABDULLAH IMAMOGLU, MUSA BAYOGLU and OSMAN YILDIZ.

During the trial conducted on 27/11/2020 by the Istanbul 30th High Criminal Court the prosecutor asked for 52.5 years in total for 4 people with the accusations of “being a director and member of Hizb ut Tahrir” and “creating propaganda of the Caliphate”.

To this request of the Prosecutor, there were many reactions from different segments of the society including representatives of non-governmental organizations, newspapers, websites, lawyers and writers.