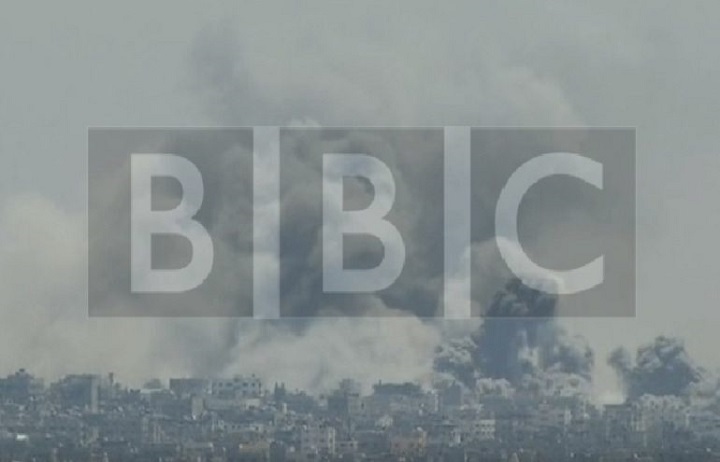 On the 27th of May 2021, The Middle East Eye commented on a report published by CfMM (The Centre for Media Monitoring). It discussed the clear bias in language and journalistic imbalance in how the events of violence and abuse against Palestinians was represented. The attacks on Muslims worshipping in Al-Aqsa Mosque was also given unreasonable treatment that did not show the true events and gravity of danger that was unleashed upon innocent civilians The deaths of women, children and entire family groups was also unfairly dismissed.

Comment:
The ‘Israeli’ rockets fired from Gaza, killed hundreds of Palestinians, including 66 children. The CfMM stated that between the 7th through the 20th of May during the so called “ceasefire,” there were 62,400 online print articles and 7,997 television broadcasts reporting on the events. The report focused specifically on the British media and the “unbalanced, skewed language with misleading headlines and problematic framing”. Rizwana Hamid, director of CfMM and co-author of the report, told the Middle East Eye that Sheikh Jarrah shown as an “eviction” or “real estate dispute”, which it said implied a legal basis for forced displacements which were in contravention of international law.

With regards to ‘Israeli’ police violence at al-Aqsa Mosque, which resulted in hundreds of Palestinians being wounded, the report documented widespread instances of media outlets using terms like “clashes”, “conflict”, “scuffles” and “skirmishes”, implying equal blame. As far as language is concerned, terms such as ‘evictions’ mask the illegal forced removals and expulsion of Palestinians from their homes. References to ‘conflict’ and ‘clashes’ try to equalise what is in effect a battle between David and Goliath. These are all examples of how the real horror and injustice of what is happening to Palestinians are designed to hide the war crimes of the Zionist occupiers and their colonialist assistants globally. An article in The Sun on 12 May was titled: “Fifteen kids massacred in Israel-Hamas conflict as Netanyahu warns ‘we will inflict blows you couldn’t dream of’”. The headlined failed to mention that 14 of the 15 children killed were Palestinian. Another article on the 17th of May in iNews said, “42 died over the weekend” in its headline, but failed to mention that all of those deaths were Palestinians in Gaza. The research also pointed out a highly circulated BBC bulletin in which a newsreader referred to Palestinians as having “died” while stating that Israelis “were killed”.

Allah (swt) guides us to understand that there is no possibility of truth from those that have declared war against Islam and those that see Muslims as eternal enemies.  The only thing we must realize is never expect the real picture of what is happening to this Ummah and to work for the Khilafah (Caliphate) that will truly liberate all the nations oppressed by leadership without Islam.

“They want to extinguish the light of Allah with their mouths, but Allah refuses except to perfect His light, although the disbelievers dislike it.” [TMQ 9:32]