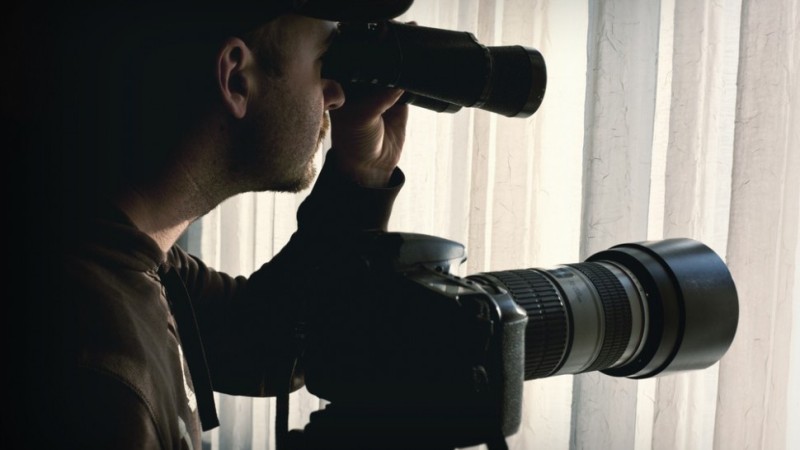 “No more knocks on doors in the middle of the night and no more breaking down of doors by the religious authorities investigating reports of khalwat or other alleged wrongdoings”. This is a quote taken from The Star Newspaper in explaining the position of Dr. Mujahid Yusuf Rawa, the Minister in the Prime Minister’s Department in charge of religious affairs. Dr. Mujahid insists that what Muslims do behind closed doors is none of the government’s business. This discussion on the issue of ‘khalwat raids’ also caught the attention of the Malaysian Prime Minister Tun Dr. Mahathir Mohamad. He sees ‘khalwat raids’ as invading the personal space of individuals in order to find faults. According to him, this type of action is not taught in Islam.

For Muslims, it should be clear that any form of violation against Allah’s commands and prohibitions constitutes a sin. Preventing these violations (munkar) is an obligation for Muslims as described by a hadith narrated by Abu Said al-Khudri (ra), he said: I heard Rasulullah ﷺ say:«من رأى منكم منكرًا، فليغيره بيده، فإن لم يستطع فبلسانه، فإن لم يستطع فبقلبه، وذلك أضعف الإيمان» “Anyone among you who sees a munkar, he must change it using his hands, if he is not capable of it, he should change it with his tongue, if he is unable to change it with his tongue, he must abhor the munkar with his heart, and this is the weakest of faith.” [Muslim].

Preventing munkar is not limited to bad deeds perpetrated openly such as robbery or drinking alcohol openly; munkar perpetrated in private must also be prevented with procedures that have been determined by Shara’. The narration personified by Mujahid Yusuf Rawa is a weapon amongst those carrying the liberal agenda – by using the argument of tajassus (spying), they justified the ban on raids on ‘private munkar’. They misused the verse of the Holy Quran to justify their stand that ‘preventing munkar perpetrated in the private sphere’ involves tajassus and Allah (swt) has forbidden tajassus.

“O you who have believed, avoid much [negative] assumption. Indeed, some assumption is sin. And do not spy or backbite each other. Would one of you like to eat the flesh of his brother when dead? You would detest it. And fear Allah; indeed, Allah is Accepting of repentance and Merciful.”

Tajassus is indeed a prohibited act. In the Islamic State (Khilafah), tajassus against a citizen, Muslim or dhimmi, is haram; however, this prohibition is not absolute but depends on the context. In fact, tajassus carried out against a kafir harbi – disbeliever who fights Muslims in a de facto or de jure manner – is a duty upon the Khalifah. The same goes to tajassus carried out against Ahl Ar-Riyab – those feared to cause harm (dharar) to the state, society and individuals – if there is ghalabatu az-zhan (strong prejudice) that the person will cause harm. Many of the early scholars have debated the implications of tajassus carried out against immoral acts performed within the private sphere if it is based on strong evidence. This can be seen in the discussions of al-Imam ibn Hajar (Fath al-Bari, 10/482) and al-Imam Nawawi (Syarh al-Nawawi, 2/26). In fact, scholars such as Al-Imam al-Ramli deemed it mandatory to perform tajassus if a Muslim is concerned about matters such as the murder and acts of zina [Nihayah al-Muhtaj (4 / 47-49)]. Al-Imam al-Mawardi also pointed out in his work that if a muhtasib (enforcer of hisbah wrongdoings) receives a complaint from a trusted person and leads to ghalabatu az-zhan in the matter, then tajassus is necessary to prevent evil. In Islam, it is clear that the necessity of preventing evil must conform to the rules of Islam. Preventive activities based random tajassus is not allowed but tajassus based on a strong evidence with ghalabatu az-zhan that a closed door munkar would occur, may become obligatory in order to prevent a more extensive evil.

The wave of liberalism in Malaysia is getting worse especially when those in authority are themselves the carriers of this despicable idea. In line with liberalism is individualism. In this context, the concept of ‘personal sin’ i.e. sin perpetrated within the private sphere, is condoned by liberal Muslim groups in justifying the ‘rights’ of individuals within the framework of personal freedom of conduct. Hence, moral policing to these people is an outrage and sins within the personal sphere should not fall into the concern of the government. This situation is certainly a sad state of affair. However, this sad state of affair is merely a consequence of an even dire state of affair – the neglect of Islam as the ideology of the nation. When the Aqeedah of Islam is not established as the reference of the nation, what do we expect from the authority?