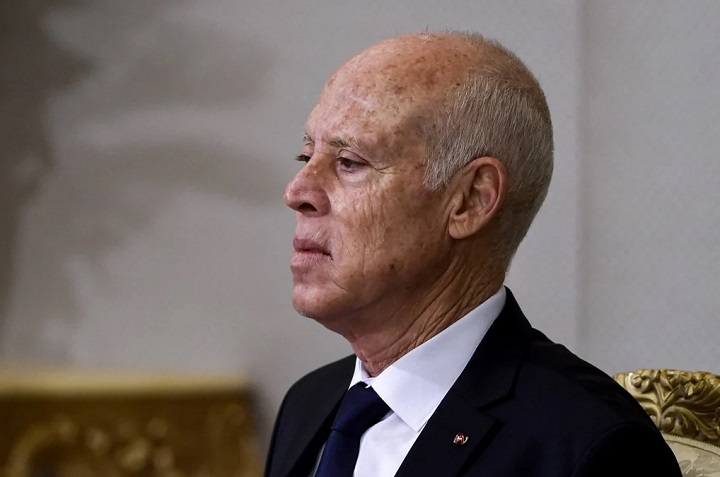 On Monday evening, 13/12/2021, President Kais Saied announced a number of decisions that can be summarized as follows:

– Organizing a popular consultation on the Internet and in the delegations.

And he has set a time limit for these steps, (20/3/2022: the end of consultation. July 25th: the referendum on constitutional change… December 17th: the legislative elections.

The bottom line is that President Kais Saied in all this follows the footsteps of his predecessors:

2- As for the legislative elections, they are an effort to remove the current parliament and bring in another parliament, with a possible change to some faces, but its function will not change.

Where is the change, then?

What brought Tunisia to the bottom of the abyss is the secular system that distanced Islam from the system of the Ummah, which it believes in and loves, from ruling, legislation, and law.

Indeed, some or all of the articles in the constitution may change, but it is a constitution that was composed by a handful of people, according to their whims and interests, rather, they are created by the controlling forces over our country.

The electoral law will change to replace a new parliament with an existing parliament, and some or all of the faces may change, but it will remain an assembly that legislates with other than what Allah has revealed. It will be subject to the controlling forces in Tunisia, and it will continue to serve the interests of the colonizers at the expense of the interests of the people of the country, and the rules of the Lord of the worlds will remain suspended, and injustice and oppression will continue to afflict people, because their fate is in the hands of a handful of people.

In his decisions, the president follows the example of his predecessors in turning away from the Book of Allah, which says,

3- National consultation is a kind of selling illusions and the disregard of minds:

The illusion that the decisions stem from the will of the people, and the fact is that they are decisions and constitutional and legal amendments made by a handful of law-breakers and behind them are those with interests and influence, will be presented and then some people will be driven to the ballot box, and the result is known in advance; It is defined by the influential, the colonial countries. The most dangerous of that is the statement that the people are sovereign and that the people alone are the decision-makers. In addition to being illusory and imaginary with no reality. It is a statement that contradicts the belief of the people, contradicts their Book, the Noble Qur’an, which they recite in their prayers, and contradicts the words of Allah (swt):

O our honorable people in the country of Al-Zaytouna, and O people of power and protection among us:

The president is following the footsteps of his predecessors, in making Tunisia a farm for European countries, what he will not do is not more than changing the current faces with others, so do we have to suffer another ten years to discover that Kais Saied is nothing but a copy of his predecessors?

Indeed, these are their wishes, but will the people of Tunisia remain silent about this secular absurdity?

The change that the Muslim people want in Tunisia is the change that pleases the Lord of the worlds, by putting the rules of Islam into practice and implementation in order to win in this world and the Hereafter.

That change, whose effect is self-sufficiency in other strategic commodities, on top of which is wheat, energy, medicine, clothing, iron and others.

The change that makes our weapons of our own making and choice, and not a weapon imposed on us by America in exchange for military agreements that affect our sovereignty over our land, water and airspace.

A change that makes the wealth of oil, gas and minerals the property of the people that benefits them and not the plundering of colonial companies.

The change that would bring down Western hegemony over our country and restore authority to the Ummah and sovereignty to the Shariah.

O our people in Tunisia:

The crisis that the country has reached, which the man-made constitutional systems have been unable to confront, reinforce more and more confidence that the great project of Islam that we have been carrying for decades, the project of resuming the Islamic life through the establishment of the second Khilafah Rashidah (rightly-guided Caliphate) on the method of the Prophethood, is the only project that can lead Tunisia out of its political and economic crises, its liberation from Western domination and its local tools.

And We have sent down to you the Book as clarification for all things and as guidance and mercy and good tidings for the Muslims [Al-Nahl: 89].