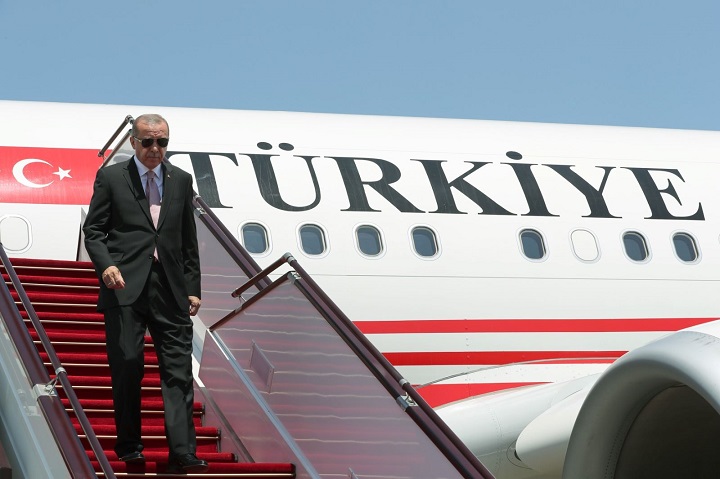 Foreign Minister Mevlut Cavusoglu said, “These operations have an importance in terms of the territorial integrity of Syria and Iraq. If we had not done this, neither DAESH nor the YPG-PKK would have been cleared. We cannot remain inactive against the attacks.” (News Agencies)

Comment:
Erdogan, in a statement after the last cabinet meeting said, “We are starting to take new steps soon regarding the missing parts of the work we have started to create safe zones 30 kilometers deep along our southern borders. The areas that are the center of frequent attacks, harassment and traps on our country and safe areas are at the top of our operational priorities. As soon as our Turkish Armed Forces, intelligence and security forces complete their preparations, these operations will begin.”

Foreign Minister Çavuşoğlu, on the other hand, made the following important sentence in a television program he attended, recalling that they are negotiating with Iran for the removal of terrorists from the region:

“We will also support the operation that the regime (Damascus) will carry out. But the regime should not consider the moderate opposition as terrorists either…”

A few days before this statement of Minister Mevlut Cavusoglu, answering journalists’ questions on the plane back to Sochi, President Erdogan said that Putin showed Assad an address on Syria, saying: “Here he hints to us that ‘It will be much more accurate if you prefer the way to solve these together with the regime as much as possible’. We are also saying that right now our intelligence organization is already conducting these issues with Syrian intelligence, but the whole point is to get results,” he said.

Erdogan continued, “If our intelligence is conducting this work with Syrian intelligence, and despite this, there are still terrorist organizations available there, we say that you need to support us in this matter. We also have an agreement on this issue.”

Although there are a number of conflicts between these three states about the solution of the Syrian crisis, the main actor in Syria is the United States. These three states are acting in the American orbit in Syria and are leading a proxy war on behalf of America. America is using these states as a lever for its own political interests in order to put into effect the decisions taken at the Geneva Conference of the UN Security Council in 2012 and achieve a lasting political solution in Syria. All the military operations that the AK Party government has carried out in Syria so far with the instruction and permission of the United States are both an operation to protect the cruel Assad and to regain the territories lost to the regime. In addition, the statements regarding the territorial integrity of Syria, which Erdogan and the state authorities now express at every opportunity, mean tacitly accepting the bloody cruel Assad regime, which has been brutally slaughtering Muslims for years.

However, Erdogan wants to enter the upcoming 2023 Presidential elections with a strong hand. It is seen that Erdogan and his party have suffered a serious loss of votes due to the economic crisis in Turkey. A number of public opinion polls conducted also confirm this. The 2023 elections are critical for Erdogan. These elections are extremely important not only for Erdogan, but also for the United States, on which he relies. America does not want to lose what it has gained so far through Erdogan. It would be right to evaluate every step Erdogan will take internally and externally in this direction.

In order to strengthen Erdogan’s hand both inside and outside and increase his popularity, America gave Turkey a role in solving the grain crisis issue between Russia and Ukraine. America also wanted to strengthen Erdogan’s hand again by normalizing the Jewish presence with countries such as the UAE, Egypt, the Gulf countries and Saudi Arabia, where the government experienced diplomatic crises for a while. Again, the United States now wants Turkey to hold diplomatic talks with Syria to normalize both Turkish-Syrian relations and resolve the Syrian crisis as soon as possible.

On the other hand, President Erdogan established the People’s Alliance with the MHP (Nationalist Movement Party) after the July 15 coup attempt. But this alliance with Turkish nationalists angered and alienated the Kurdish electorate that had previously voted for him. Erdogan’s constant rhetoric of an imminent military operation in Syria is a statement aimed at the public, and especially nationalists that does not go beyond just execution. Thus, Erdogan is in trouble of re-consolidating both his own roots and nationalist voters who have distanced themselves from him due to the economic crisis. It is to caress their feelings.

As a result, no matter what Erdogan’s problem is, there is a known truth that he has betrayed the Muslims of Palestine, East Turkestan, Arakan and Syria. Not only has he turned his back on the Ummah in order to realize America and his own personal interests, but on the contrary, he has backstabbed the Ummah.