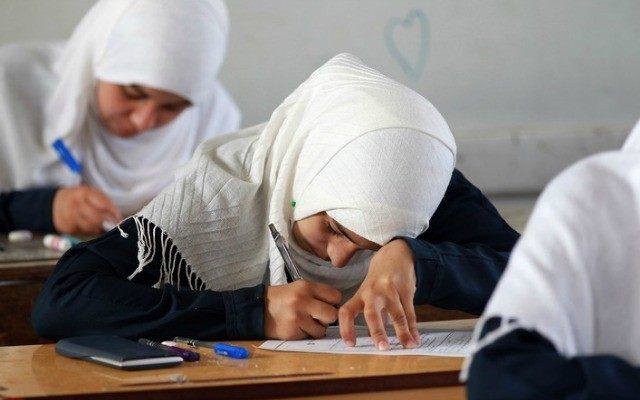 The department for underages affairs of the office of the Ministry of Internal Affairs of the Russian Federation in Kazan spread among schools a document in which it asks to “provide characterizing materials on underages and their families, that adhere to strict religious beliefs (wearing hijabs)”. The head of the department Venera Sabirzyanova writes that it is necessary because of police need, she also asks to indicate “since when the underage (family) adhered to strict religious convictions (from what time they started wearing the hijab)”». In addition Sabirzyanova requests “to provide documents about the conversation of the school psychologist with an underage – with the aim of determination of direction in Islam of the student” (“Idel.Realii” from 04/05/2019).

Russian colonialists continue to pursue their assimilation policy aimed at the destruction of the Islamic identity of Muslims in the territories they occupied. Hijab in schools has long been one of the main subjects of attacks from the Kremlin, which declared war on girls in Islamic dress.

So, back in 2013, Putin commented on the hijab issue on the annual Direct Line in such a way:  “There is nothing good about that. There are, of course, some national characteristics in the national republics. But this is a demonstration of a certain relation to religion. There has never been such a tradition in our country and in Muslim regions. Even in some Muslim states, wearing the hijab is prohibited by law. Prohibited by law! I believe that in our country it is possible and necessary to follow the path of returning to school uniform, and such work is already done. I expect that it will not be abandoned, but, on the contrary, will be actively introduced”. After this statement of the Russian president all over the country, the implementation of the ban on hijab began. And because of the increased resonance in the Muslim regions, it was not possible to completely ban the hijab. In other regions, the issue of the hijab in schools was raised strictly – either hijab or school.

Tatarstan today is one of the regions of a large-scale return of people to Islamic values; the religious revival is felt especially clearly there, and it is not surprising that the Kremlin closely monitors the situation, because the tendencies fixed in Tatarstan extend to the entire Volga and the Urals region — extensive Muslim lands, once colonized by Tsarist Russia.

It is noteworthy that earlier in January 2019, the Minister of Internal Affairs of Tatarstan, Artem Khokhorin, at the board of the Ministry of Internal Affairs mentioned the need for preventive work among parents who observe Islam and try to educate their children the Islamic values.  “Many families are switching to forms of education in private educational institutions, where teachers are often followers of the Salafi ideology”, — noted that time Artem Hohorin.   “Education in a closed environment creates the danger of the formation of extremist movements from such children. It is necessary to work with educational authorities to create lists of children who have switched to this form of education, as well as their parents, for preventive work”, – he said then.

Thus, it becomes clear that Russia is concerned about the processes that are occurring in the Muslim regions. They see that the number of people in mosques is growing exponentially, they see that a woman in a hijab has ceased to be a rarity on the streets of the cities, and they see how anti-Russian sentiments are reinforced by the people. How Muslims start to remember their history and gradually begin to realize their true position in Russia, their goals and objectives. And this disturbs the occupier, who for nearly half a millennium has waged war against Islam on the banks of the Idel (Volga) River in various ways, and makes him resort to various methods, ranging from genocide and Christianization, to the creation of religious institutions controlled by the colonizer and propaganda.

And therefore, immediately after the news about this, the police request from schools to identify girls in hijabs was spread. The mass outrage started, and local authorities hurried up to disown from what happened. The deputy head of the press service of the President of Tatarstan, Lilia Galimova, stated that police official collected information about students who adhere to strict religious beliefs on their own initiative. This fact once again demonstrates that the authorities are acting cautiously, fearing of provoking an even greater growth of political consciousness among the population and an increase of anti-Russian sentiments.