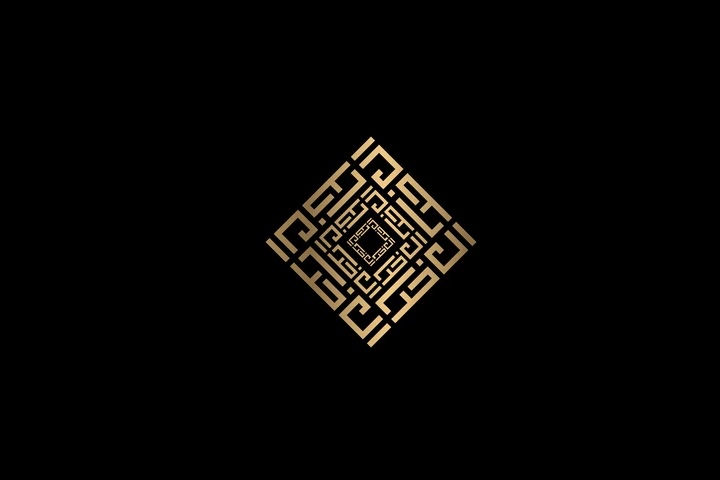 “Let religion be my business with my God” or “talk about Islam is only in the Masjid.” We often hear words like this in public spaces, even by a Muslim. Secularism and Liberalism have become chronic diseases that infect Muslim communities especially when they manage their affairs in public. They are even willing to be regulated by secular laws to settle their affairs in public life, because religion can only be discussed on the sidelines or in private spaces.

As a result, many Muslims today are unable and unwilling to distinguish between right and wrong, nor can they respond to injustice properly, and even remain silent about corruption and evil. Likewise with Muslim women. They are no longer able to distinguish between obligations and rights, enchanted by the feminism spell that makes them focus on fighting for their rights, leaving their main obligations at home including Da’wah obligation.

This phenomenon is a symptom of Aqeedah infection where those secular phrases are bad sentences. Allah (swt) describes it in Surah Ibrahim verse 26:

“And the parable of an evil word is that of an evil tree, uprooted from the earth, having no stability.”

In Al-Muyassar Tafseer, it is explained that the parable of bad words, namely kufr words, is like a tree that is bad to eat and taste, namely a hanzhal tree (a type of pumpkin) which is not useful and has a bitter taste. Such is kufr; it is useless and has no goodness. This tree is easy to fall because the roots are planted shallowly, and there are no towering branches. Likewise, the disbeliever has no firmness in himself and there is no good in him, and none of his righteous deeds are raised to Allah.

This illustration is very accurate, and fits the picture of the destruction of today’s secular society due to the adoption of liberal man-made laws. When secular words fill the order of values and laws of a society, then great damage becomes inevitable. Like a bad tree, secular society will only produce weak humans who suffer from mental and personality disorders, similar to the hanzhal tree that easily collapses, bears bitter fruit and does not provide benefits to others.

The bitter fruit is so real in modern life which is full of decay and decline. Human civilization no longer runs according to the fitrah to glorify humans, instead it worships worldly material. So pay attention to the words of the Prophet Muhammad (saw):

This hadith tells us that there will be damage or desolation due to three things that infect humans if they continue to be in kufr. A strong feature of secular society is its individualism and apathy towards others, which has become a strong flow in today’s capitalistic secular development. This is a symptom of destruction. The first is the disease of love of wealth and fear of poverty; the second is liberal lust and self-obsession or narcissistic syndrome.

The words of the Prophet Muhammad (saw) are still very relevant to this era, even it become an ideal model in the modern Human Development process. Rasulullah (saw) succeeded in forming the first generation of ordinary humans (insan) in the Arabian Desert into distinguished people with distinguished personalities who were able to become global players. Rasulullah (saw) nurtured a group of his Sahabah to become the distinguished people who managed to free themselves from the shackles of ignorance to become humans with noble agenda, visionaries, and able to connect their role in the world to the goal of the hereafter.

This is because the Prophet planted the sentence of tawheed (monotheism) laa ilaaha illa Allah in the human soul, where the sentence of tawheed in Islam is referred to as kalimah tayyibah (good word) which is likened to a good tree (shajarah tayyibah), namely a beautiful tree whose roots penetrate into the earth, while its branches soar high into the sky, and bear sweet fruit that benefits the surrounding nature. Pay attention to this word of Allah Ta’ala:

“Do you not see how Allah compares a good word to a good tree? Its root is firm and its branches reach the sky, ˹always˺ yielding its fruit in every season by the Will of its Lord. This is how Allah sets forth parables for the people, so perhaps they will be mindful.” [TMQ Ibrahim 24-25].

From the understanding of this verse, it can be seen that the nature of the Tawheed tree is integral, because the root is one, and while the branches are high and the fruit is many, the roots are one. The estuary is one. The tree is a whole thing and is not a unity of separate parts. Therefore, a Muslim who embraces tawheed will not certainly have a dichotomous mindset or a fragmenting syndrome, such as separating religion from life, separating world knowledge from religious knowledge, or separating Ummah’s problems from personal problems. If this dichotomous syndrome still occurs, then check the roots of our faith, lest the roots are weak to the virus so that they are unable to support the stem and everything upon it. More than that, this dichotomous mentality is the legacy of secular ways of thinking that lead to split personality in the human soul, and more broadly it leads to the destruction of society.

With the sentence La ilaaha illa Allah, a Muslim will make the piety as the life axis, da’wah is the main agenda, and the application of Islam is the great ideal of a Muslim’s life. The agenda for change is the mission in life and benefiting the people is a measure of success. All of our personal roles follow it, becoming orbits in the da’wah as solar system at all levels. This is a sign of the tree of Tawheed at work in a Muslim, soaring and towering. The more it grows, the more it benefits the people – to be as good as humans are.

To grow the Tawheed tree in the human soul, it is really necessary to imitate the model of the Prophet Muhammad (saw). This process requires a number of conditions that must be met, including time. It is like soil that is formed in a complex manner through the mixing of parental material, organism, climate, relief, and time. So, there is no instant process; it takes sincere scholars as the teachers of the Ummah, guidance of revelation, Islamic thaqafah, patience, deep and bright thinking, endurance to endure suffering, and activities of promoting virtue and prohibiting vice (amar makruf nahi munkar) to grow Tawheed in us, as the word of Allah ta’ala: (وَاللَّهُ أَنْبَتَكُمْ مِنَ الْأَرْضِ نَبَاتًا) “Allah ˹alone˺ caused you to grow from the earth like a plant.” [TMQ Nuh: 17].

At the macro level, some scholars even call the sentence of Tawheed as kalimatut-tahrir or the words of liberation, which is to liberate mankind from the shackles of servitude to fellow humans into worshiping only Allah (swt). The manifestation is that Muslims are increasingly formed by Islamic political awareness which equips Ummah with a monotheistic lens in order to understand the dirty politics of Democracy and the greed of the economy of Capitalism. Through the lens of al Walaa’ and Baraa’ (loyalty and disloyalty), Muslims are increasingly able to see clearly how the rulers betrayed Islam and the greed of the Western invaders. As a result, the sentence of Tawheed is growing, with the Ummah’s awareness to change and move. The priority of the Ummah’s struggle in the end is to restore Islamic life under the shade of Khilafah ‘ala minhajin nubuwwah (Caliphate upon the method of the Prophethood).

This growing effect of the tree will continue to expand and bear fruit. There will be changes and improvements in society, even though the plots of the enemies of Islam will continue to try to block the rise of the Ummah. Allah (swt) has guaranteed that Islam will not lack warriors. Rows of individuals who are aware and have a deep commitment will continue to emerge from the community and take on a role for change. They are aware that the existence Muslims role in the world is related to their responsibility to spread the message of Islam in the life of this world. At the same time, they are also aware that the reluctance or inability of Muslims to spread the message will cause misery and desolation in human civilization.

As a result, carrying out da’wah and going into the community to fight ignorance and make Islamic improvements are the main factors that will accelerate the growth of the Tawheed tree in the Ummah because this is identical to the struggle of the Prophets and Apostles. Like a big and strong tree with sweet fruit it takes years to grow, with patience and perseverance, insha Allah, this da’wah will bear sweet fruit at the end soon, Insha’ Allah.

“…they prayed, “Our Lord! Shower us with perseverance, make our steps firm, and give us victory over the disbelieving people.” [TMQ: Al-Baqarah: 250.