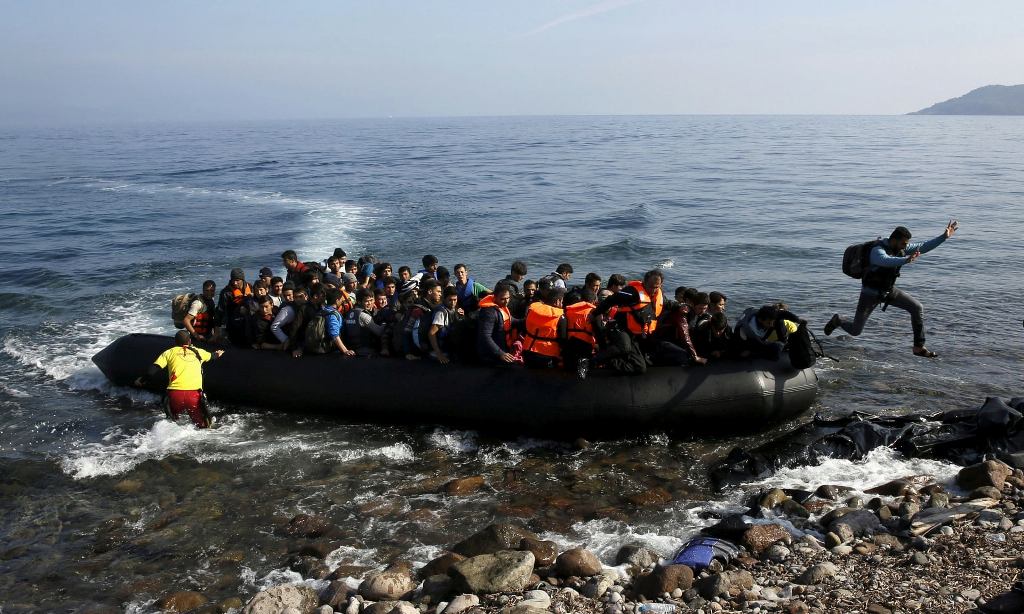 Greece has announced it will build a floating barrier to deter thousands of migrants from making often-perilous sea journeys from Turkey to the Aegean Islands on Europe’s periphery.

The centre-right government unveiled the measure on Thursday, following its pledge to take a tougher stance on undocumented migrants accessing the country.

A spokesperson for the Ministry of Defence, which will oversee the structure, said: “The fence will aim to contain increasing flows.”

The ongoing refugee crisis that has led to an influx of migrants escaping wars, famine and poverty is unending. Refugees who are mainly from Muslim countries will keep coming and increase as the war in Syria is not ending as well as other crises that the Ummah faces elsewhere. At the same time the inability to house them is apparent.

When we read about or see footage of the camps in Greece, these are not a safe haven or real escape and this shows the desperation of those fleeing. Before they arrive in Greece, they have already faced immense trauma and many are victims of trafficking and abuse. Paying huge amount of money, they do not really have, migrants will be crammed into boats and are confronted by an uncertain journey at sea. How many drown on the way? There are too many reports of boats sinking and refugees drowning.

Greece’s action of a floating barrier means more deaths at sea as the boats that come its way will be blocked and may not be able to return to where they came.

The shame of all of this is that the majority of migrants will be from Muslim countries. Today every Muslim is vulnerable to colonial plans and ruled by leaders who care nothing for their citizens and who have closed themselves off to assist others. Hence Muslims migrate to lands that they think will offer better hope and now those are also becoming impossible for Muslims to migrate to and live in.

It is the duty of those in authority to remove themselves from the Western agendas that are the cause of conflicts in the first place. We must push for the unity of Muslim lands so we are not divided and unwilling to allow ‘foreigners’ in. Our situation is dire and the only way the death traps set for migrants will be avoided is when people have real sanctuaries in their homelands. It will only be under the Khilafah (Caliphate) based on the method of the Prophethood that we will see such a situation where our Ummah will not be so vulnerable and destitute.