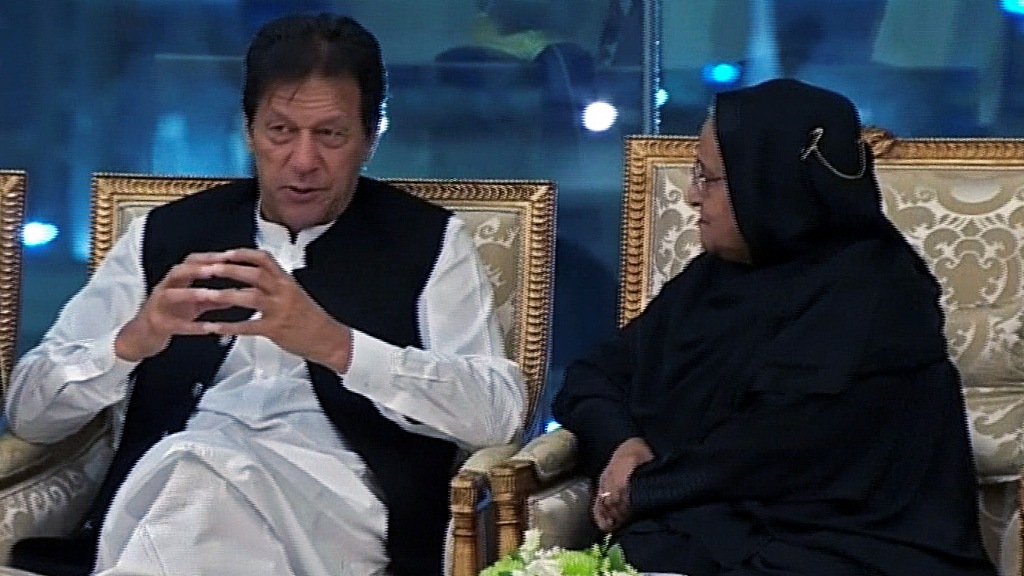 Recently, an article titled “Sheikh Hasina did not meet Indian envoy despite requests: Dhaka Daily”, published by a prominent Indian newspaper, The Hindu, has created too much hype within the political and intellectual arenas of Bangladesh as it quoted several incidents to reflect signs of strained relations between Dhaka and New Delhi. It was reported that Sheikh Hasina snubbed India’s High Commissioner to Dhaka, Riva Ganguly Das by rejecting her repeated requests for a meeting in the last four months. Also it was reported that all Indian projects have slowed down since the re-election of Prime Minister Sheikh Hasina in 2019 with Chinese infrastructure projects receiving more support from Dhaka. Finally, a rare call to Sheikh Hasina by Pakistan Prime Minister Imran Khan on Wednesday, expressing to build fraternal relation with Bangladesh, has made certain quarters in Bangladesh excited about indications of Bangladesh’s “withdrawal” from Indo-centric policy and recent “tilt” toward China and Pakistan!

In this ongoing discourse on India-China/Pakistan political spectrum, public opinions are being deliberately or ignorantly manipulated and/or misguided by intellectuals and media outlets that actually favor the nefarious geopolitical order of the Kafir Colonialist America. Through these debates, Sheikh Hasina is being falsely portrayed as the powerful leader who has the courage to hit India’s nose hard and negotiate with China despite India’s concern; whereas we are aware that neither Hasina nor Imran Khan enjoys ‘real power’ of ruling under the current Western Capitalist world order after the destruction of the Khilafah (Caliphate) in 1924. They are merely puppets imposed upon us to serve Kafir Colonialists’ geopolitical interests. Moreover, the cheerleading blocks in our political arena who are thrilled to see Hasina’s “collaboration” with China and Pakistan to bargain with India have chosen to remain blissfully oblivious of the fact that Pakistan’s Imran Khan is another lowly puppet of America to implement her interest in the Asian subcontinent by strengthening India. They have the naivety to see over $31 billion proposed Chinese investment in Bangladesh as growing political influence of China here, but remain ignorant of the fact that China has billion-dollar investment in Pakistan also for its China-Pakistan Economic Corridor (CPEC) and One Belt One Road (OBOR) initiatives about which America is well aware of both risks and opportunities and yet it allows its puppets to increase economic ties with China. Let us not forget that with growing economic ties with China, Pakistan, however, is abandoning conflicts with India in subordination to American goals to curb the rise of China and delay the imminent return of the second Khilafah Rashidah (rightly guided Caliphate) from this region by systematically dismantling the Muslim armed forces. And there is no reason to believe that the case of Bangladesh would be something beyond America’s geopolitical imperatives. Rulers like Hasina and Imran exist only to implement Kafir Colonialists’ hegemony. Most importantly, they are not only the enemies to their lands and people, but also to Islam and the Muslim Ummah. Both of these two traitors sold out Kashmir to materialize American agenda; when Imran-Bajwa regime surrendered the occupied Kashmir to India, Hasina’s government described the matter as an internal issue of India, whereas these two hypocrites tried to fool the Muslims with their rhetoric to turn their countries into Medina type Islamic state!  So the correct political framework should be that whatever Hasina plans to execute amid the rising tensions between India and China over Bangladesh are not to be something beyond the calculation and imperatives of colonial America.

O Muslims! Hizb ut Tahrir will relentlessly expose the conspiracies of our rulers with the Kuffar against the Muslims and the country so that you get the guidance and do not slip into the treacherous path of our enemies. We cannot be duped into these useless political debates and played out by the Kafir colonizers to implement their heinous objectives. The only path to go beyond this state of humiliation is to struggle hard with the truthful party Hizb ut Tahrir to bring back the second righteous Khilafah Rashidah on the method of Prophethood, which will assert itself with its dominant foreign policy in the world affairs and play China, India and America off one another in its way to extinguish the hegemony of America and the others in this region and beyond, and liberate humankind from the oppressive secular-capitalist system and propagate the greatness of Islam throughout the world.

“…there will be oppressive kingship for as long as Allah wills, then he will remove it when He wills, and then there will be Khilafah upon the Prophetic method” (Musnad Ahmad)