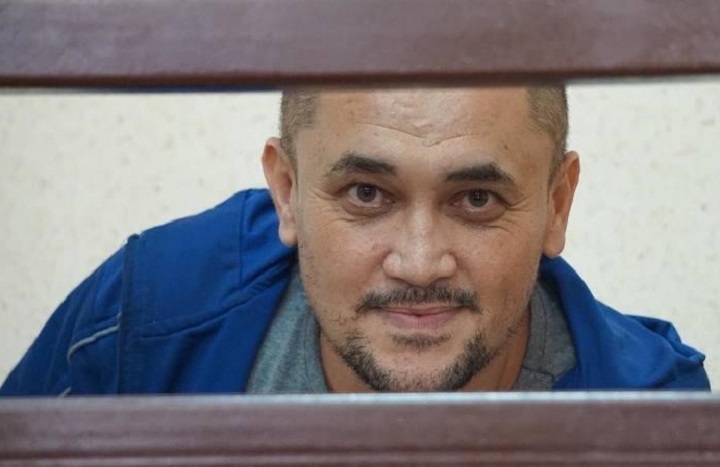 On February 11, 2022, the Southern District Military Court in Rostov-on-Don issued two sentences against Muslims from Crimea, under the so-called “cases of Hizb ut-Tahrir”, sentencing Vadim Bektemirov and Zekirya Mamutov to 11 years in a strict regime colony. The Russian authorities accused these two Muslims of organizing and participating in terrorist activities.

“Pass out your judgment, verily, you pass judgment only in worldly life” [TMQ 20:72]

Bektemirov Vadim is a Master in Islamic Sciences, a graduate of the Lebanese University Al-Jinan.

Zekirya Mamutov is 64 years old, he is a disabled person of the 3rd group, who suffers from cardiovascular diseases, hypertension and a number of other diseases.

Similar to previous verdicts regarding Hizb ut Tahrir, the Russian court once again confirmed with its latest verdict that the Russian security forces have absolutely no evidence of terrorist or violent activities of the Islamic political party Hizb ut Tahrir.

This is confirmed by the press release of the aforementioned military court on the results of these two verdicts:

“Muratov…participated in agitation and propaganda classes, observed conspiracy measures, studied ideological materials, acquired special knowledge and campaigning skills, and disseminated the ideas of the organization among the local population to involve new faces.”

“Bektemirov carried out covert propaganda work among the population, aimed at increasing the number of followers of this organization and spreading its ideology, and also, for these purposes, studied and stored extremist literature and ideological propaganda materials of “Hizb ut-Tahrir” at the place of his residence on paper and electronic media.”

Thus, it becomes clear that all the guilt of our convicted brothers in faith lies only in the fact that they “studied”, “kept” and “spread” Islamic ideas and views.

As for the fact that the criminal Russian authorities call these ideas and views extremist and terrorist, it would be appropriate to quote the following words of Vadim Bektemirov, which he said in front of the judicial board and all those present at the court:

“Religion is the basis of our culture, the meaning of our life, this is not the issue where we will bargain. Our people did not survive the tyranny of Catherine and the expulsion of Stalin in order to then live according to Putin’s imposed Islam. We ourselves will decide what is right in our religion and what is not. And whatever you do with us, no matter how long you imprison us, we have studied our religion and will continue to study it. We read religious literature, and we will continue to read it. As for your tyranny, I am convinced that times will pass, and your tyranny, like the dinosaurs, will be in the past, and the religion of our Creator, sent down as a mercy to all mankind, has existed and will exist until the Day of Judgment.”

In the materials of these criminal cases, there are no plans to commit terrorist acts, no weapons, no explosives, there is not even talk of preparing any actions related to violence.

Thus, once again we see pathetic attempts to fabricate a criminal case on terrorism with an expected conviction following it, when they try to tarnish terrorism with pure call bearers, holders of Islamic knowledge, leading an Islamic lifestyle.

Undoubtedly, the fact that Vadim Bektemirov possesses Islamic knowledge made him a target for the Russian special services, because modern Russia, in its crimes against Muslims, is the heir of tsars and communists. Throughout history, the Russian state has persecuted the Muslims of the Crimea, the Caucasus and the Volga region, seeking to eradicate the Islamic faith in them. The first target for these regimes has always been the religious intelligentsia, Islamic scholars and even simple imams in the remote villages of the Muslim regions.

As for Zekirya Mamutov, his “fault” lies in the fact that for a long time one of the intelligence officers wanted to recruit him to supply them with information about Muslims. After another refusal, the non-humans in pagans decided to punish him by fabricating a case of terrorism against him.

Thus, Putin’s Russia with its army of Chekists, following the path of tsars and communists, again staged a public massacre of the Muslims of Crimea, seeking to subjugate them to its gloomy regime.

In its hatred of Islam and Muslims, Russia continues to persecute Islamic figures and even elderly people who refuse to serve their criminal regime.

As for the latest clumsy attempts by the Russian government to tarnish Hizb ut Tahrir with terrorism, everyone knows that Hizb ut Tahrir is an international Islamic political party that limits its activities exclusively to ideological and political work. Any attempt to accuse Hizb ut Tahrir of terrorism is shattered by the 60-year history of Hizb in more than 40 countries around the world without a single terrorist attack.

Undoubtedly, it is pleasing that the Muslims of Crimea are well versed in what is happening and, with each such court verdict, show their attitude by numerous meetings (duas) in various regions of Crimea, as well as publications on personal pages in social networks, in which they condemn the actions of the Russian authorities and express support for the arrested Muslims.

In conclusion, we quote the words of Vadim Bektemirov in front of judges:

“Turning to the court, I say as the sorcerers said to the Pharaoh, who judged them because they believed in the message with which Musa (as) came:

“Pronounce your judgment, verily, you pass judgment only in worldly life” [TMQ 20:72].