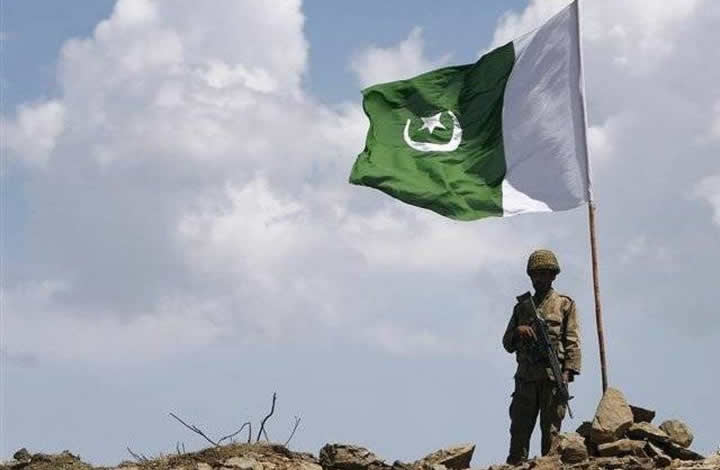 On March 17th 2021, the country’s first ever security dialogue called “Islamabad Security Dialogue: Together for Ideas 2021” was convened under the auspices of the National Security Division [1]. At the inauguration, Pakistani Prime Minister, Imran Khan, Dr. Moeed Yusuf and General Bajwa talked about redefining Pakistan’s national security and charting a new direction for Pakistan. [2, 3]

According to them, Pakistan of the future must embrace its geo-economic potential and relinquish the past shaped by the country’s geostrategic profile and over-dependence on the armed forces. Ostensibly, the transition from the traditional state-centric security towards non-traditional (human) security requires a new strategy. The core of this strategy is economic security, which is supposed to bring prosperity to the country through connectivity within the neighbourhood, development partnerships and regional peace. [4]

However, strategies can only succeed if the vision for the country is well defined. In this respect, the establishment remains confused and smitten by Western ideals. Khan has coveted ‘Madina ki riyasat’ but has failed to convey a concise picture about this vision. Khan has also employed the term ‘naya Pakistan’ which suggests a break from the past, however, his actions emphasize more of the same. So is Khan’s vision for Pakistan to build a state modelled on the Khilafah Rashidah or is it about a peace deal with India that enables US and India to concentrate their collective energies against China’s ascendency?

A strategy for the former vision necessitates the establishment of Khilafah Rashidah (rightly guided Caliphate), which will upend the nation state, abolish the current constitution, implement Sharia law comprehensively, pursue unification of Muslim lands, embark on a war economy and convey Islam to the world. The latter vision obliges a strategy centered on a truncated foreign policy, appeasement towards India with prospects of peace on Modi’s terms, enactment of neoliberal policies, greater subservience to Washington and for Pakistan to side with America against China. Does this narrative sound familiar?

Since the 1950s, Pakistan’s sole strategy has been to form an alliance with America in exchange for material benefits that never materialized. The painful consequence of the inequitable relationship has extracted a heavy toll on the Pakistan’s territorial integrity, eroded economic and political sovereignty, and undermined human development. During the Cold War, America used Pakistan as a frontline state against Soviet expansionism. As the Cold War reached a climax in the 80s, Pakistan was manipulated by America to conduct the Afghan Jihad that embroiled the Soviets in a costly war and precipitated their defeat.

When the Soviet Union collapsed in 1991, America abandoned Pakistan to the mercy of dynastic politics and the Washington Consensus ruthlessly applied by the IMF and WB. The Bretton Woods institutions wrought havoc on Pakistan’s economy through forceful application of neoliberal policies that favored de-industrialization and encouraged dependency on foreign imports. The seeds of fiscal imbalance and trade deficits were planted, and Pakistan was permanently ensnared in the debt trap.

After September 11, 2001, Washington engaged Islamabad once more and Pakistan again paid an enormous premium for its unstinting support to America’s global war on terror. Today, Pakistan has lost its strategic depth in Afghanistan and is sandwiched between two hostile enemies. Its nuclear weapons are vulnerable, and Kashmir is the world’s largest prison. The economic costs incurred are staggering and one conservative estimate puts the total loss to Pakistan’s economy at $100bn.

Throughout this period, a significant portion of America’s strategy was to use Pakistan to win over India to its sphere of influence. In 1966, America did not intervene strongly enough to support Pakistan’s interests in the Tashkent Declaration, and remained aloof in 1971, as India dismembered Pakistan. These gestures were rebuffed by India and the US changed its tactics. Under American auspices Pakistan instigated the Kashmiri uprising in 1989. The Kashmiri resistance engrossed a substantial proportion of the armed forces and severely weakened India’s economy to the point that New Delhi had to invoke IMF’s assistance. This enabled America to enter India’s political medium and paved the rise of the pro-American Bharatiya Janata Party (BJP) by eroding the popularity of the pro-British Congress Party on key issues like security and the economy. To help the BJP win the general election in 1999 with a sound majority, America instructed Pakistan to cede its strategic gains in Kargil. For the first time in the history of Indian politics the Congress Party lost two consecutive elections (1998 and 1999) to the BJP and its allies. This ushered in a new era of US-India cooperation and America endorsed India as its principal agent in the Subcontinent at the expense of Pakistan.

America’s strategic failure to contain the spectacular rise of China through measures like Obama’s pivot to Asia strategy and Trump’s trade war have dramatically increased India’s strategic value and diminished Pakistan’s utility to US policy makers. America requires India’s undivided attention to counter China and wants to end New Delhi’s security preoccupation with Kashmir. The Biden administration’s reference to “union territory of Jammu and Kashmir” implies that the US is not interested in Modi rescinding Article 370 as demanded by Khan. And it is very likely that the Line of Control (LoC) will assume the status of a permanent border.

Early indications are that Biden wants to curtail China’s technological prowess in 5G and Artificial Intelligence (AI), and also to compete with China’s One Belt and One Road (OBOR) initiative. Biden is soliciting support for his “techno-democracies” plan, which is a bold step in the direction of establishing a bipolar technology order. [5] Furthermore, the US is also exploring ways to contest China’s OBOR. [6] India is indispensable to America for the execution of both schemes, but more so against OBOR, where New Delhi’s opposition is well known. For this reason, the US is stoking the flames of dissent in Xinjiang – it borders India and is the gateway to Central Asia – the aim is to impede OBOR’s eastward march. At stake is America’s primacy in Eurasia.

It is within this context, that Bajwa-Khan’s push for a new strategy must be interpreted. The wish to make Pakistan a hub of economic activity, which involves linking land locked Central Asia to Pakistan’s Southern ports of Gwadar and Karachi (North to South connectivity), and to facilitate trade between India, Iran, Afghanistan and beyond (East to West connectivity) is intended to bolster the Indian-American challenge against China’s OBOR. Pakistan will merely play the role of a transit conduit collecting meagre fees, while other nations like India and America grow immensely rich. This is exactly what former US ambassador Munter alluded to when he said during the proceedings “Pakistan’s strategic importance to the US will grow, if Pakistan becomes a modernized economy”. It also explains Bajwa’s enthusiasm to bury Pakistan’s toxic geo-political past and to embark upon a new geo-economic strategy to fortify India’s economic and military might, which will cement America’s hegemonic ambitions over China. [7]

Pakistan’s strategic community must actively oppose any strategy that revolves around the deliverance of America’s strategic vision for the region. This entails the consolidation and enrichment of India’s strategic assets at the detriment of Pakistan. Instead, the strategic community should have confidence in Pakistan’s strategic abilities to deliver Khilafah Rashidah desired by Pakistanis and Muslims across the world. After all did not the US use Pakistan’s strategic assets to defeat the Soviets in Afghanistan, prosecute the global war on terror and nudge India towards America’s orbit? Now the US wants to exploit the very same Pakistani geo-political and geo-economic assets to establish a powerful platform for India and America to project power into the heart of Eurasia and halt China’s Westward expansion.