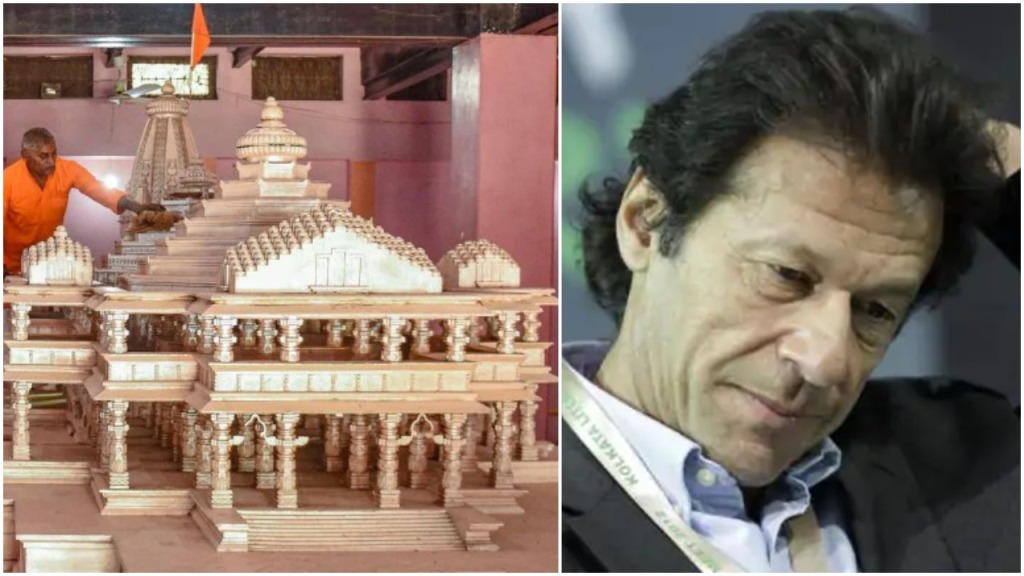 Once again the Pakistan Ulema Council under the leadership of Tahir Mehmood Ashrafi gave a “Fatwa” to support colonialist rule, this time endorsing the building of a Hindu temple in Islamabad on state expense. As per expectation, evidences for this official “Fatwa” were not extracted from the Quran and Sunnah, but from secular documents and statements. Anxious to establish secular credentials before the West, the Pakistan Muslim League-N granted a huge plot of land for the construction of the Hindu temple in Sector H-9-2 of Islamabad, Khwaja Asif claimed that all religions are equal, Pakistan Peoples Party celebrated the Hindu festival of “Holi” and supported the construction of the temple and the Bajwa-Imran regime opened the state treasury for the construction of the Hindu temple and Sikh Gurdwara. Indeed the secular ruling elite knows the West only tolerates those regimes that forcefully impose secular thinking and laws on the Muslims of Pakistan. Recently, the former US Assistant Secretary of State for South and Central Asia, Alice G. Wells, praised Imran Khan’s position regarding the construction of temple on 9th July, declaring it as a vision of religious tolerance and moderation.

The Western civilization does not evaluate the relationship of man with his Creator on the basis of intellect. The Christian world failed to resolve religious differences and this failure moved the Western world towards the compromise of secularism. Secularism does not resolve the issue of the existence of the Creator on the basis of intellect. Instead, it sets aside religion outside of intellectual discourse, declaring it as a private matter. Secular thought is unable to evaluate religion on the basis of intellect, so presents the idea of equality of all religions. The secular stance is that there is no difference between a Masjid, a sign of the Tawheed, and a temple, a sign of polytheism. The West claims that its civilization is based on intellect and evidences, yet it expels the most important matter of man, his relationship with his Creator, from the domain of intellectual debate. It imposed on the world a merciless, materialistic civilization, such that humanity is crying under its oppression.

In stark contrast, Islam presented the thought of Tawheed to the world, in which intellectual evidences were presented to confirm the existence of Allah (swt). When the Kuffar of Makkah levelled an allegation that the Messenger of Allah ﷺ has brought Quran from himself, Allah (swt) challenged Quraysh that if they are right in their assertion than they must produce the like of the Quran. Islam’s truthfulness, righteousness and superiority over all other religions is because of its strong evidences. Muslims do not accept the notion that all religions are equal. The Islamic Ummah is the carrier of the Call of Islam. It is responsible to convey this call to the whole world, guiding all of humanity to the one Deen of Truth.

The secular, liberal, political and military leadership loves the Western civilization. It is persistent in enforcing the Western civilization, system and values on us by using state machinery. However, the Muslims of Pakistan firmly believe in Tawheed, calling to Islam, denouncing idol worship and polytheism as the worst form of oppression and rejecting all other religions as falsehood. Certainly, as per the command of Islam, non-Muslims are allowed to live their personal life according to their religion in the Islamic State, but the Islamic State cannot become a patron of disbelief and polytheism. It therefore cannot provide funds for the construction places of worship for other religions. This matter is not restricted to the construction of temples but anything related to the protection, implementation or propagation of disbelief.

These rulers are not from us but custodians of western civilization in the Muslim world. The thoughts, values, emotions and policies of these rulers are in total contrast to that of the Muslim masses. There is no clear direction in Pakistan because rulers implement Western policies which the masses do not accept. Therefore the state is always in battle with the Muslim masses, intellectually and politically. This colonialist system ensures that Pakistan remains a slave of the West, even though Pakistan will only progress through the only ideology which is in the hearts of its people, Islam. Only the Khilafah (Caliphate) on the Method of the Prophethood will call to Islam, protecting the life, wealth, honor and sanctities of Muslims by implementing Islam without any distortion to manage the affairs of its Muslims and non-Muslim citizens. It alone will unify all Muslims under one rule and establish the dominance of Islam throughout the world.

“He it is Who has sent His Messenger with the guidance and the True Religion that He may make it prevail over all religions, howsoever those who associate others with Allah in His Divinity might detest it.” [Surah at-Tauba 9:33]