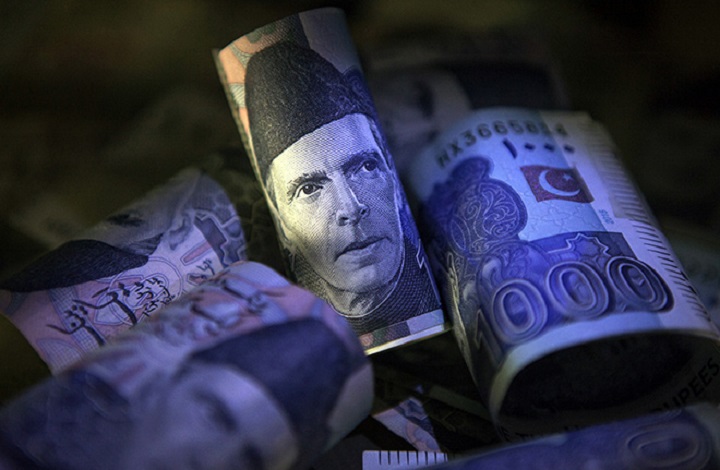 On 11 June 2021, in their budget announcement, Pakistan’s rulers made great fanfare of reducing taxation on certain sectors and increasing the salaries of government employees. Then, within days, the mouthpieces of the rulers made an even greater fanfare, through every platform available to them.

However, in the same budget, Pakistan’s rulers increased overall taxation to a historic high of nearly six trillion rupees, which means the budget is akin to putting in one pocket, only to take out even more from the other. Moreover, Pakistan’s rulers intend to take tax from everyone without regard for Islam, which does not take Zakah revenues from the poor and indebted, rather Zakah is their right. Worse still, these rulers will spend over three trillion rupees upon making payments of interest, even though interest is a major sin in Islam and an invitation of war from Allah (swt) and His Messenger (saw). So why the great fanfare?!

Worse, in their great fanfare, Pakistan’s rulers falsely claim that relief and riches are just around the corner. However, instead, Pakistan’s rulers work with the IMF to ensure that Pakistan’s struggling economy is bled dry, just to fill the pockets of those who peddle in the major sin of interest. Taxation was over one trillion rupees for the financial year of 2008-2009, but then was doubled to over two trillion rupees for 2013-2014. By 2018-2019, taxation was then doubled again to four trillion rupees, whilst Pakistan’s rulers now target nearly six trillion for 2021-2022. This is whilst they are striving, from now, to meet the IMF demand for taxation of ten trillion rupees, for the financial year of 2024-2025. If such increases in taxation were to ensure the defending the honour of the Prophet (saw), or liberating Al-Aqsa Masjid and Occupied Kashmir, the Muslims of Pakistan would empty their houses and tie stones to their bellies. However, to chase our poor and indebted mercilessly, in order to spend upon a major sin, is a heinous crime that must be denounced and rejected in every corner of Pakistan! So why the great fanfare?!

Worse still, pleading compulsion through the worsening interest-based debt crisis that they themselves caused, the rulers then submit to the destructive conditions of the IMF. Upon the IMF condition of devaluation, they weaken our currency to make our exports cheaper for Western states to buy, whilst imports become more expensive, as well as everything in Pakistan, including its interest-based debt. Thus, in January 2001, 59 Rupees bought one dollar but in June 2021, the Rupee has been weakened to the extent that 154 Rupees buys a single US dollar. The IMF also imposes the condition of privatization of the potential sources of large revenues for the state treasury, ensuring a continuous dependency on interest-based loans. Thus, the state treasury is deprived of huge revenues from energy, minerals and large scale manufacturing, which now fill the pockets of private owners, both local and foreign.

And then after having thoroughly impoverished us, the rulers then plead that we are too poor to resist the demands of the Western colonialists over Islam and its sanctities!

“And whoever turns away from My remembrance – indeed, he will have a miserable life, and We will gather [i.e., raise] him on the Day of Resurrection blind.” [Surah Taha: 124]. Under the current economic system of disobedience of Allah (swt), there will be no end to our misery and hardship. Let us rid ourselves of this cruel system, O Muslims, by striving to re-establish the Khilafah (Caliphate) on the Method of Prophethood.

“As for those who disbelieve, their deeds are like a mirage in the desert, which the thirsty supposes to be water until he comes to it only to find that it was nothing.” [An-Noor: 39]. Under the current rulers, who give preference to the instructions of the lying kuffar over the commands of Allah (swt) and His Messenger (saw), we will only ever starve, whilst being fed with false promises of the end of our starvation. Let us rid ourselves of these brazenly sinful rulers, O Muslims, by demanding that our fathers, brothers and sons in the armed forces grant their Nussrah to Hizb ut Tahrir for the immediate re-establishment of the Khilafah on the Method of Prophethood.

It is the Khilafah alone that will end the merciless seizing of funds from our poor and indebted and spending on sinful interest payments. It is the Khilafah alone that will seize the actual principals of loans from the assets of the corrupt officials and rulers, as Islam forbids the wealth of misappropriation (ghalool). Thus, the Khilafah will finally close the continuously, enlarging, bleeding wound in the side of our body, so we can fully focus our efforts on striving for Allah (swt) and His Messenger (saw).

And the Khilafah will end the continuous weakening of currency and the dollar hegemony, which has drowned us in a flood of inflation. The Khilafah will make gold and silver as the basis for currency, ensuring stable prices, as they were for the centuries under the Khilafah.

So is it still not clear to us, O Muslims, that nothing less than the re-establishment of the Khilafah on the Method of Prophethood (saw) will end our perpetual economic agony?! Allah (swt) said,

(أَلَا يَعْلَمُ مَنْ خَلَقَ وَهُوَ اللَّطِيفُ الْخَبِيرُ) “Does He who created not know, while He is the Subtle, the Acquainted?” [Surah al-Mulk 67:14].